Considering the start to the season that both of these clubs have had, most were expecting Everton to have a fairly routine win over Watford at Goodison Park this afternoon.

The Merseyside club have had a decent start to the campaign, and while they had lost to West Ham last week, Watford have been in dire form. Their 5-0 loss to Liverpool last weekend was one of the worst performances we have seen in the Premier League in quite some time.

It looked as though Everton would come away with the three points, twice leading in the game and entering the final ten minutes of the contest ahead of a 2-1 scoreline.

However, a crazy closing period of the game would see the home side concede four goals, losing the match 5-2.

Joshua King scored three of those goals, a player who signed a short-term deal at Everton last season but failed to make much of an impact.

Speaking to Sky Sports after the game, he said he was delighted to prove people at the club wrong after he felt he was not given a chance during his spell there.

Joshua King on proving people wrong by scoring a hat-trick against his former club Everton in a 5-2 win at Goodison Park pic.twitter.com/jysLh9O5KH

I know it's not personal but I woke up this morning and said 'I need to be on my A game today'. I didn't expect the hat-trick to be honest, but I'll take it.

King made 11 appearances for Everton after joining in the winter transfer window earlier this year, although every single one of those came from the bench.

They opted not to extend his deal last summer, signing for Watford on a free transfer. 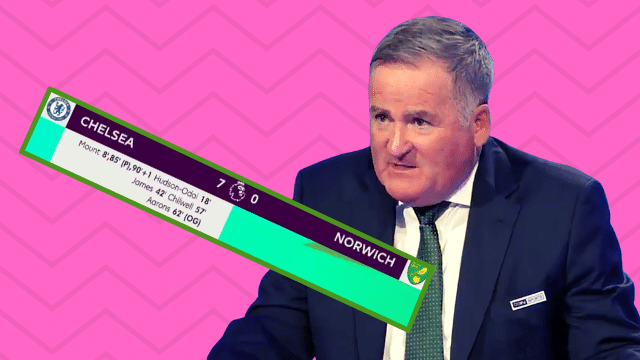