Jude Bellingham is one of the true stars of the future in European football - and he proved it in spectacular fashion on Saturday with a brilliant solo goal for Borussia Dortmund.

Dortmund were away to Arminia Bielefeld in the Bundesliga, and Bellingham's solo goal helped them to a 3-1 win, as they kept the pressure on Bayern Munich at the top of the Bundesliga.

Jude Bellingham - like his then Dortmund teammate Jadon Sancho - was one of the English players who was unlucky to miss out on much game time at EURO 2020, but he has continually impressed in this year's Bundesliga.

Borussia Dortmund travelled to Arminia Bielefeld on Saturday afternoon hoping to keep the pressure on Bayern Munich at the top of the league table, and they won in decisive fashion, with Bellingham playing a crucial role.

With Dortmund already 2-0 up with twenty minutes to go, Marco Reus collected an overhit pass and laid the ball back to Bellingham. What came next was a stunning solo run through the penalty area - followed by a cheeky chip from the 18-year-old to put Dortmund three to the good.

The fact that Bellingham is still only 18 beggars belief when one considers that he is now an essential part of the Borussia Dortmund team. His ability to score crucial goals is news to nobody, after he popped up with an outstanding finish against Man City in last year's Champions League quarter-finals.

Bellingham missed out on the England squad for October's World Cup qualifiers, but it will surely be impossible for Gareth Southgate to ignore him for November's international break. Then again, this is the manager who started with eight defensive players in a European Championship finals.

Jude Bellingham really is turning into a superstar - it likely won't be long before the "of the future" is dropped from his moniker. 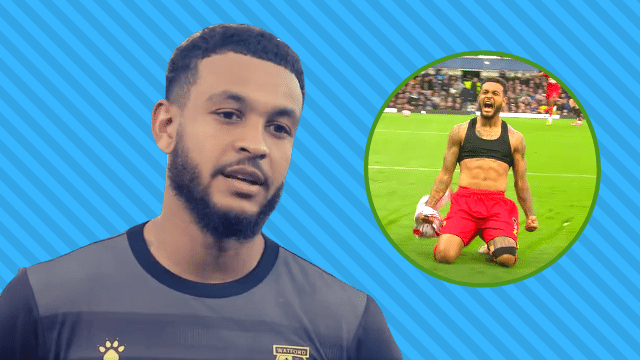