The Spaniards had Felipe sent off and, in classic style for a team managed by Diego Simeone, Klopp felt that there was some gamesmanship on show as well.

Jurgen Klopp was not a fan of Atletico's tactics

Pre-match, there was tension between Liverpool manager Jurgen Klopp and his Atletico counterpart Diego Simeone, after the two had a frosty encounter at the end of the return fixture in Madrid. Simeone refused to shake Klopp's hand and, despite attempting to clear the air this week, there was palpable tension between the sides.

Ahead of Wednesday's game at Anfield, Klopp had asked his team not to stoop to Atletico's level, with the Spanish side known for their gamesmanship and sly tactics. When quizzed by BT Sport post-match, he commented again on their actions towards Sadio Mane, who Klopp said he had to take off to avoid him being wrongly sent off.

We have no chance on that level, I'm not saying it's good or bad or whatever, it's just something that's different in life and you have to use your own skillset in life. We have to play our football and that's what the boys did in most of the moments.

The referee was in complete control of the game, but I really hated the moment when I had to take off Sadio because Sadio played an incredible game. But, you could see that everybody wanted...in my mind, my worry was that if there was any kind of challenge in the air, you never know exactly what happens there - 'where's the arm' and stuff like this.

If one of them goes down and makes three times a roll over, then Sadio's off and that would have been the wrong thing. I didn't like it but in the end we had to do it.

It was a hostile atmosphere on Wednesday night, and it wouldn't have been out of the blue for much to be made out of nothing in an attempt to get one of Liverpool's star players sent off.

Atletico's striker Luis Suarez was booed throughout the night on his return to his former club, while their defender Felipe was shown a straight red after refusing to acknowledge the referee's attempt to book him for a late challenge.

In the end, despite Jurgen Klopp's fears about Atletico, Sadio Mane had the last laugh, as he scored to help Liverpool to a 2-0 home win and to sealing their place in the Champions League knockouts. 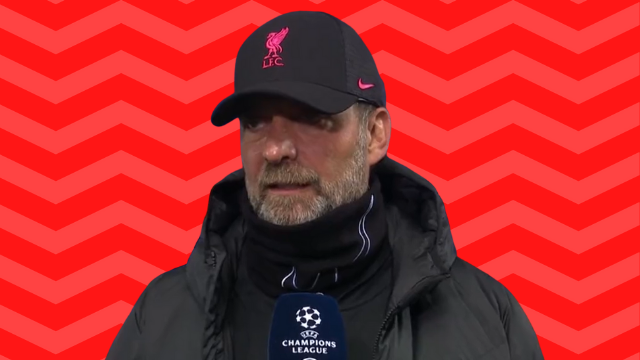