Jurgen Klopp Was Not Impressed With Spurs' Tactics At Anfield

Liverpool's title hopes took a major blow on Saturday evening after they could only manage a draw at home against Tottenham. Spurs' defensive tactics worked brilliantly to get them a result at Anfield - but Jurgen Klopp was not a fan.

The Liverpool manager spoke in his post-match press conference about Antonio Conte's defensive tactics. Though he praised the Spurs players as "world class", Klopp also bemoaned their lack of impetus to take control of the game.

Jurgen Klopp would have been frustrated on Saturday night, as the Premier League title slipped further out of Liverpool's grasp after dropped points at home against Spurs.

Spurs set up well at Anfield to stifle the attacking threat of Liverpool's deadly front three. Despite the efficiency of Spurs' defence, Klopp said in his post-match press conference that their defensive style was one he "could not coach".

🗣️ "I don't like this football, but that's my personal problem"

Liverpool boss Jurgen Klopp was critical of Tottenham's tactics after their 1-1 draw at Anfield on Saturday 👀 pic.twitter.com/arNp2C8zOm

I don't like this kind of football. That's my personal problem.

I think they are world class and I think they should be doing more for the game but I think playing against Liverpool with only 36% possession...it's my problem. I cannot coach it, so that's why I cannot do it.

Yes, [Spurs are] world class players, block all the balls, very difficult. Atletico Madrid is brilliant. Fine, whatever, it's just I can't. I respect everything that they do but it's not me.

Klopp appeared to nod towards Atletico Madrid's similarly defensive style of play towards the end of his comments - although that criticism seems harsh when you look at Spurs' attacking output.

Klopp's criticism revolved around the amount of time Spurs spent sitting back and defending, a tactic they have employed since Antonio Conte took over in November and imposed a five-at-the-back formation.

Even though Spurs do set up defensively, their counterattacking style does lead to goals - only Liverpool and Manchester City have scored more goals than Spurs in the Premier League since Antonio Conte took over as manager.

Liverpool now need Manchester City to slip up on more than one occasion if they are to harbour hope of winning the Premier League title. Liverpool's next game comes on Tuesday night away to Aston Villa, managed by club legend Steven Gerrard.

For Spurs, Conte has pushed them into serious contention for a Champions League place. They sit one point behind Arsenal in fourth, and five points behind Chelsea in third place. The next assignment for Conte's men is a mouthwatering clash against Arsenal on Thursday night. 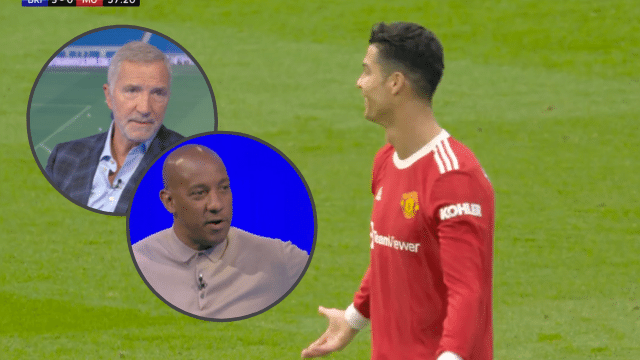