Is anybody outside of the boardroom of the 12 clubs involved actually in favour of 'The Super League'?

There has never been anything to unite the game like this before. Be it supporters, pundits, former players, or journalists, nobody is supportive of the idea that a closed shop European competition should be allowed to upend the footballing pyramid throughout the continent.

Even those within the clubs are not in favour of it.

Jurgen Klopp has been previously outspoken about his stance on a European super league, saying it should not be introduced in the game under any circumstances.

People were interested to see if his mind has changed now that his club's owners have been part of this proposal, but he is standing by his word.

Speaking to Sky Sports ahead of Liverpool's game against Leeds this evening, he was asked about the proposal put forward by the 12 clubs. He said his opinion on the matter has not changed.

The #LFC manager explains his thoughts on the breakaway proposals and reveals him and his players were not consulted on the decision.

My opinion didn't change. I heard for the first time about it yesterday, at home when you're trying to prepare for a difficult game against Leeds United.

So far I've gotten some information, not a lot to be honest. Most of the things you can read in newspapers.

It's a tough one. People are not happy and I can understand that, but I can't say a lot more on it to be honest. We were not involved in any processes, not the players or me, we didn't know about it...

I like the competitive factor of football. I like the fact that West Ham might play Champions League next year. I don't want them to because we want to do that, but I like that they have the chance.

However, Klopp was not pleased with the reaction directed at him and his team in the wake of this news.

He was unhappy that Liverpool were targeted by some commentators, while also pleading with the supporters to stick with his team despite what is going on at board level.

The 53-year old was also very unhappy with somebody connected with Leeds United placing anti Super League warmup shirts in the away dressing room, something that the home team were sporting ahead of the game.

Jurgen Klopp compares the changes made with the 'European Super League' to UEFA & FIFA's changes pic.twitter.com/2LS11n2d7y

I've heard already there are warmup shirts or whatever. We will not wear them, we cannot.

If somebody thinks they have to remind us that you have to earn to go the Champions League, that is a joke. That's a real joke and it makes me angry.

They put it into our dressing room. If it was a Leeds idea, thank you very much, nobody has to remind us. Maybe they should remind themselves.

Strong words all around.

Jamie Carragher applauded Klopp's attitude on the matter and hoped the managers of more of the clubs involved would follow suit.

'That's the start - we've got a manager of one of the 'Big Six' clubs who is basically disagreeing totally with what his owners are doing.'@Carra23 reacts to Jurgen Klopp's pre-match interview... pic.twitter.com/hkD8GHMpjM

SEE ALSO: How Would Teams At Euro 2020 Look Without 'The Super League' Players? 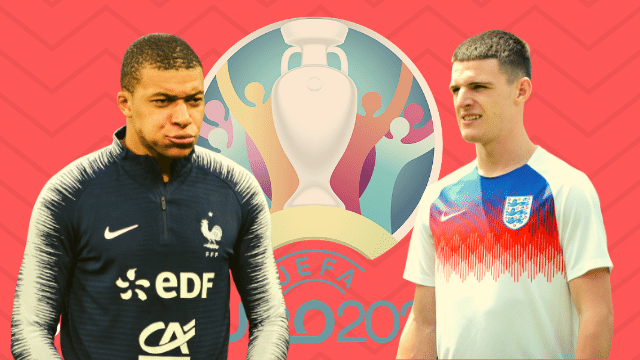 Football
1 week ago
By Gary Connaughton
Gary Neville Slams Liverpool Owners For 'Desperate' Antics In Recent Months
Premier League
3 weeks ago
By Michael McCarthy
Last Night's Monday Night Football Was Extraordinary Television
Football
3 weeks ago
By Eoin Harrington
Watch: Jurgen Klopp Calls Out Gary Neville In Heated Post-Match Interview
Popular on Balls
Rugby
22 hours ago
By Eoin Harrington
Mike Brown's 16-Year Harlequins Career Is Over After Stamping Ban Issued
Other Sports
23 hours ago
By Balls Team
12 Of The Most Cringeworthy Moments In Sporting History
The Rewind
20 hours ago
By Balls Team
The 5 Best Irish Accents By Foreigners In Cinema History
The Rewind
20 hours ago
By Donny Mahoney
The Best And Worst British Media Coverage Of The Ballymurphy Verdict