Jurgen Klopp joked that the half-time message to his Liverpool players in their Champions League semi-final second leg against Villarreal was to "play better than the first half".

At half-time on Tuesday, Liverpool found themselves 2-0 down to the Spanish side with their first leg advantage wiped out.

"Usually in a situation like this when we don't find a way into the game, we try to find a situation where we can show the boys at half-time which explains it a little bit what we have to do," said Klopp in his post-match press conference.

"When Pete (Krawietz) went in at half-time, I told him to find just one situation where we did it how we wanted to do it in the first place. When I came in, Pete just said, 'No, didn't find any'.

Liverpool are on the ropes in the #UCL as Villarreal draw level on aggregate ? pic.twitter.com/bVP7HoMKxI

"Their start was really difficult for us to take. We had no real build up. We didn't play in the right spaces.

"We just explained where we had to go and move smarter. In the first half, we didn't move enough. There was no flexibility, nothing, so we had to mix that up and cause them some problems because with the man-orientated defending we played into their hands."

Liverpool roared back into the game in the second half through goals from Fabinho, half-time substitute Luis Diaz and Sadio Mane as Villarreal failed to find the net again.

"Before the game I told the boys I’d like to read the headline ‘Mentality monsters were in town’ because I wanted us to be the ones who went for the result and not defend," said Klopp.

"I couldn’t see that at first but the second half was. For me it was like this because of how much we impressed on them about coming back in the second half.

Liverpool have turned it around ?

They're heading to Paris ???️ pic.twitter.com/4t3BbbseEg

"With 500 games the boys played, a completely normal thing like the first half can happen but how we reacted and how it happened is special.

"I know supporters of other clubs might have been happy with the first half and that we got a ‘knock’.

"It is really difficult to reach three finals [in one season], which is probably the reason why no one did it so far but we made it happen.

"When the finals show up in our schedule we will make sure we are ready for it."

Liverpool will face either Manchester City or Real Madrid in the Paris final on May 28th. The two sides play their second leg on Wednesday with Man City holding a 4-3 lead.

"I have to be honest. If you’re asking me personally, I want to play Madrid."

See Also: Luis Diaz Must Be First Name On Liverpool Team Sheet For Rest Of The Season 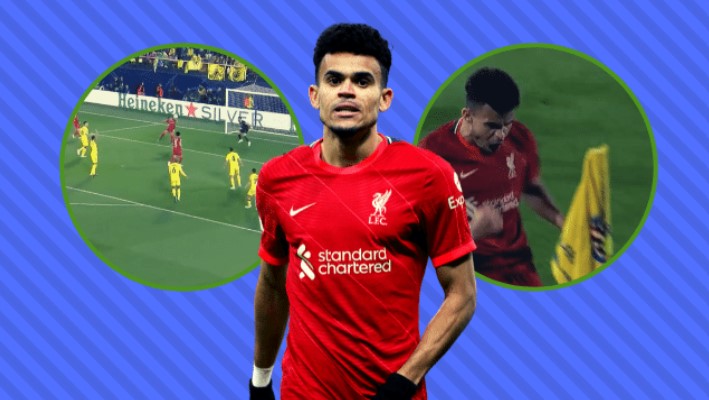