The Italians have a sense of style that we Irish - GAA jerseys and bags of cans on foreign beaches notwithstanding - just cannot match, and if you want any further proof of the above, you need only visit Juventus' online store this morning. The club have released a series of retro kits and they are astonishingly beautiful.

The kits span a period of over forty years, and proof that Juve have looked exceptionally slick for decades. The first is a replica from the 1952/53 season, and is a paragon of the maxim that there is glory in simplicity.

The first is a replica from the 1952/53 season, and is a paragon of the maxim that there is glory in simplicity. 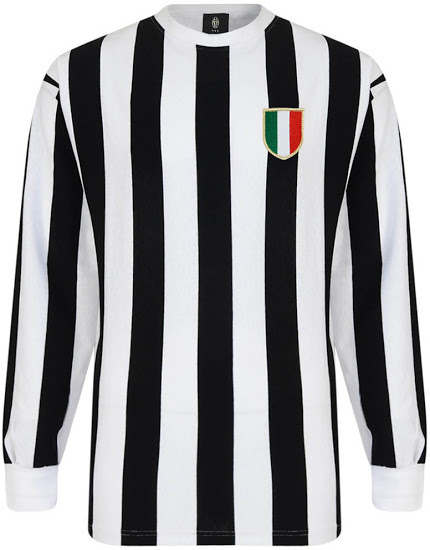 These were the halcyon, pre-Europa League days, an era when the Group Stages did not ludicrously extend to the letter 'I' and when the final was played over two legs. Juve won the competition on away goals, following a 2-2 draw with Athletic Bilbao. It was Juventus' first European title, and this is a replica of the shirt they wore in the home leg, a game they won 1-0, thanks to a goal by Marco Tardelli. The addition of the collar is quite something. 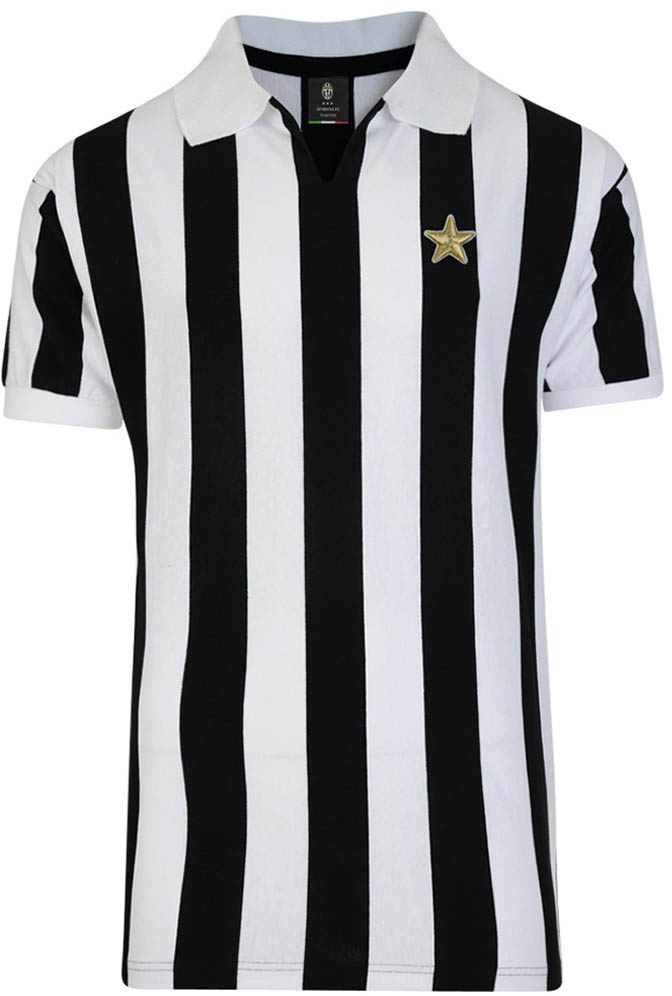 And this was the kit they wore in the return leg, changing to a pretty slick blue, trimmed with the club's black and white. Juve lost the game 2-1 at San Mames, but won on away goals. 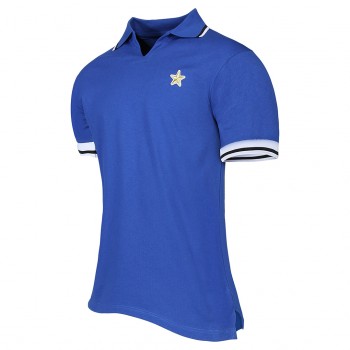 The shirt Juve wore when sealing their maiden European Cup, beating Liverpool 1-0 through a Michel Platini goal in Heysel. The game, however, was a tragic occasion, in which 39 fans lost their lives, crushed by a collapsing wall while trying to flee fan violence. 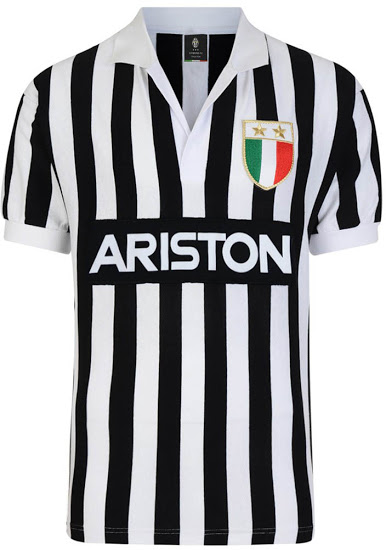 This is the yellow short Juve wore when beating Porto 2-1 in the 1984 Cup Winners Cup, a sadly defunct competition featuring the domestic cup winners from across Europe. The final was played in Basel, Switzerland. 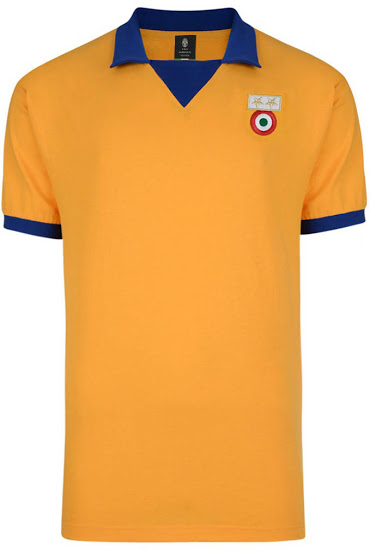 The UEFA Cup final in 92/93 was a two-legged affair also, in which Juve beat Borussia Dortmund to capture their third victory in the competition. Juve ran out facile 6-1 winners on aggregate: a 3-1 win in Germany was followed by a 3-0 win at the Stadio Delle Alpi, with Roberto Baggio scoring four of the goals. 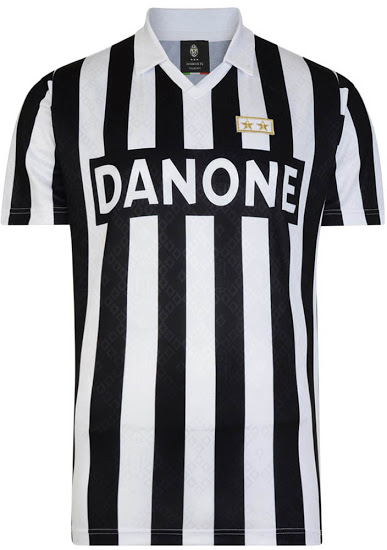 We think the home kit from 1977 is our favourite, but which Juventus retro kit is yours? They can be yours for around 50 quid each on the Juventus website.