Kai Havertz was the hero for Chelsea on Saturday night, as his goal sealed the Londoners' second Champions League crown in the final against Man City. He was interviewed by BT's Des Kelly after the game, and a slip of the tongue led to some emotional language being broadcast live to millions of viewers.

Havertz was signed by Frank Lampard for more than £60million last summer, but his form was mixed before Lampard's departure in January. Since his countryman Thomas Tuchel took over, Havertz has been an essential part of the Chelsea lineup.

He scored his first ever Champions League goal in Saturday's final, and it couldn't have come at a better time. Speaking to Kelly after the game, Havertz thanked his family for their support, and said that the goal in the final was 15 years in the making.

I don't know what to say. Incredible feeling - we deserved it.

I waited a long time [for his first UCL goal] - now I've done it!

I don't know what to say, I worked 15 years for that moment and now it's done, we celebrate!

It was at that point that Havertz's interview was jettisoned by Chelsea captain César Azpilicueta, who bounded over and grabbed his teammate in a bearhug. He then waxed lyrical about Havertz's ability, especially after his difficult start to the season.

He deserves that [the goal] - tough season he had. Mentality top. This guy is gonna be a superstar - he is already! He won the Champions League but not only that he ran like crazy - that's the teamwork, that's why he deserves this!

Then came the seminal moment. Kelly mentioned the fact that Havertz is the most expensive outfield player Chelsea have ever purchased, and asked whether he felt he had repaid the price tag with the most valuable of goals.

Havertz's answer was short and sweet.

To be honest, right now, I don't give a fuck on that. We won the fucking Champions League! We are just celebrating!

The journalist in his apology ALMOST said “emotions are FUCKING high”... he caught himself slipping and switched to “flying high” 😂😂😂😂😂 pic.twitter.com/mTgnrpyOEm

Some quick witted observers on Twitter noted that Kelly himself was on the verge of a freudian slip, as he very nearly swore of his own accord while apologising for Havertz's language.

If ever there was a time to forgive a man for swearing on live TV, we think you'd be able to forgive Kai Havertz for getting caught up in the heat of the moment after scoring the winning goal in the Champions League final. We'll let it slide.

SEE ALSO: The Referee Was The True Star Of The Champions League Final 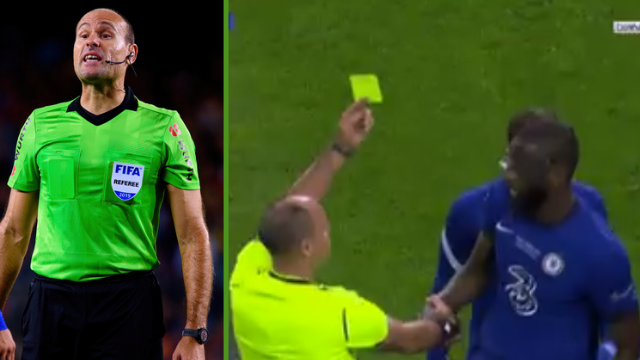