10 Classic Tight-Fit Kappa Jerseys That Will Be Cool Forever

Welcome to a tribute to what must go down as one of the greatest jersey templates ever seen in football.

At the turn of the millennium, Italian sportswear giants Kappa wanted to move away from the comically oversized bedsheets that players wore for jerseys during the 90s, and in doing so changed the game completely.

The main selling point back then was that by wearing one of these Kappa jerseys, with unique material that hugged the body, any shirt-pulling would be instantly visible to the referee. That was indeed true, but nearly two decades on, some of these jerseys are still sought after because they have stood the test of time and are little iconic slices of football culture.

Whether you were admiring the Italians at the 2002 World Cup, or you watched a young Joaquin run rampage for Real Betis, the fact that you opted to view this gallery suggests you always wanted one of the great Kappa jerseys. 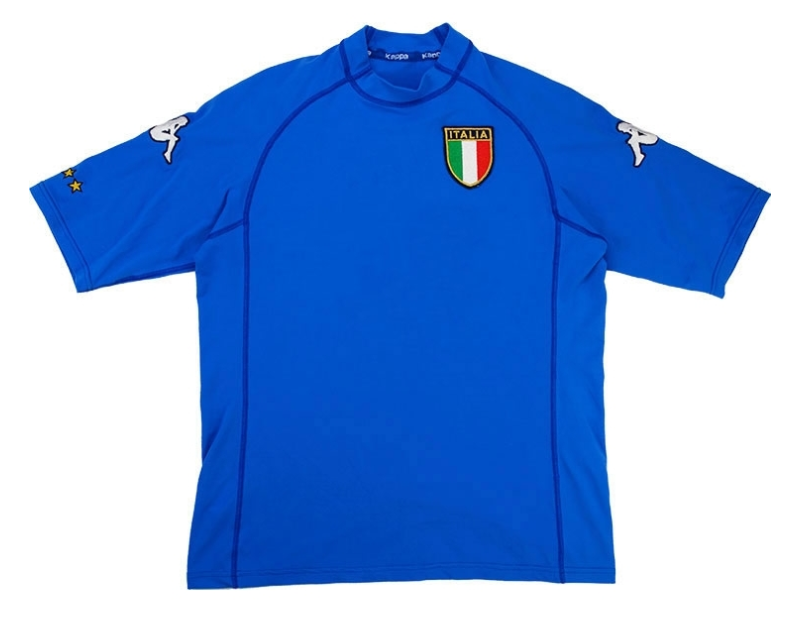 We had to start with the definitive Kappa jersey.

The Italians were the first to opt for the skin-tight look, and it suited them down to the ground as the likes of Paolo Maldini and Francesco Totti finally looked as cool as they truly were. 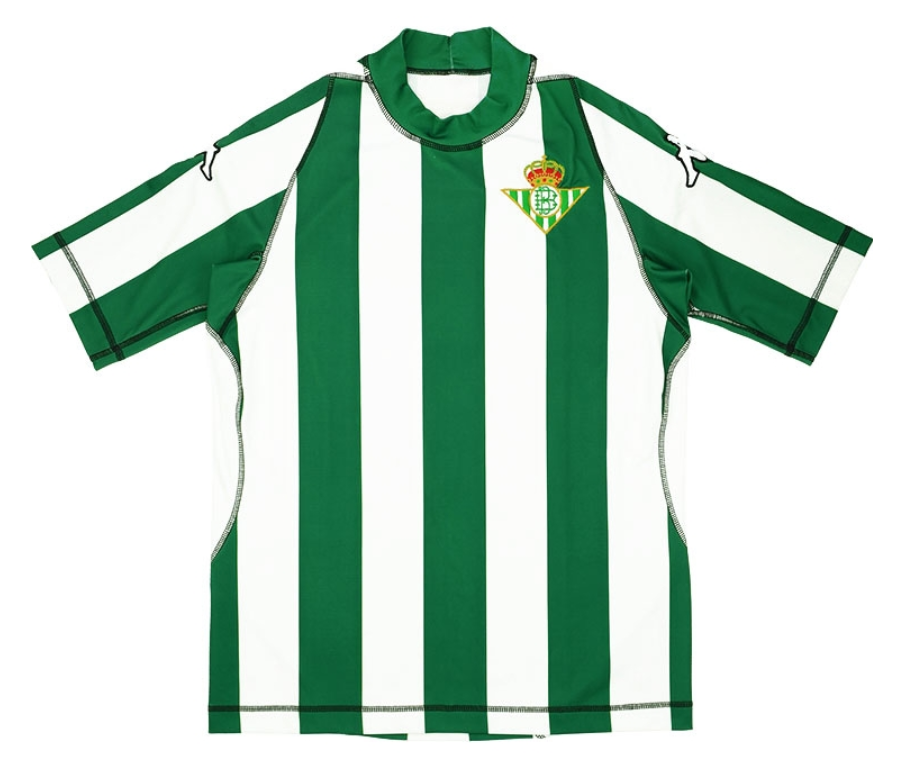 Such a beautiful shirt. As we alluded to earlier, the emergence of Joaquin at Betis, with Denilson already at the club, saw a lot of eyes on the team from Sevilla and most liked what they saw.

Anyone who played Pro Evolution Soccer 4 should hold this jersey in high regard too. 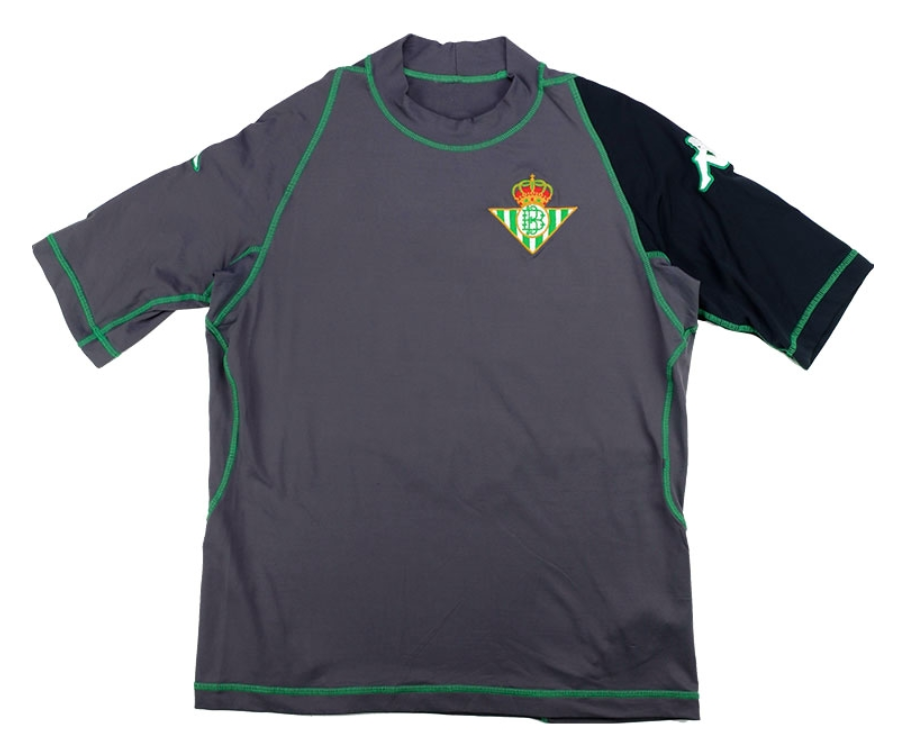 What a year 02/03 was for Betis fans as the away kit was an absolute beauty too.

The combo of colours just worked so well, and it will never go out of style. 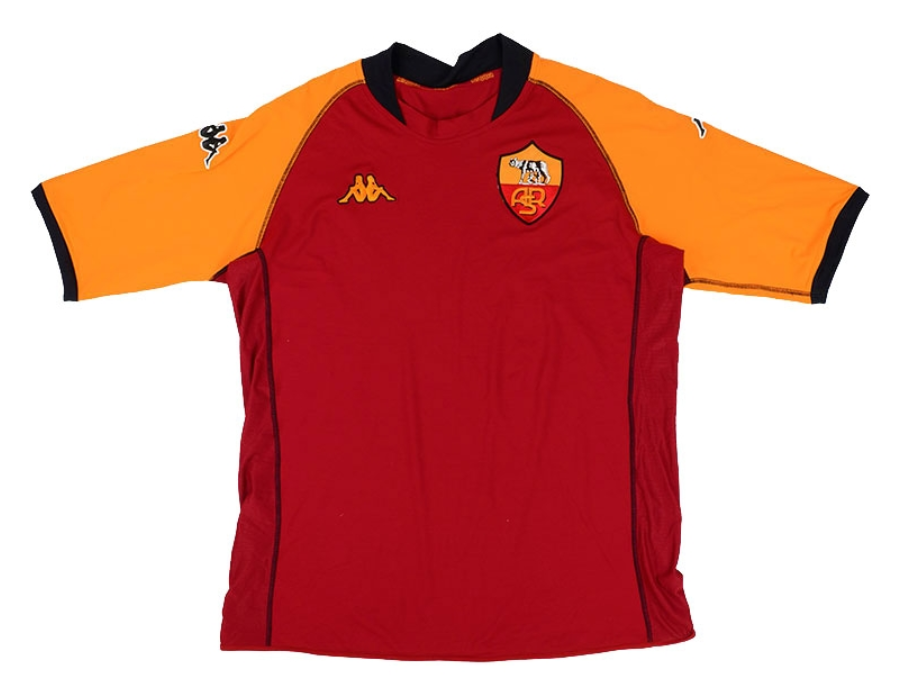 Roma's jerseys under Kappa were almost universally fantastic, but we picked this out as our favourite as without a sponsor for the Champions League it just looks so smart.

The orange sleeves really stand out on what is another near-perfect jersey. 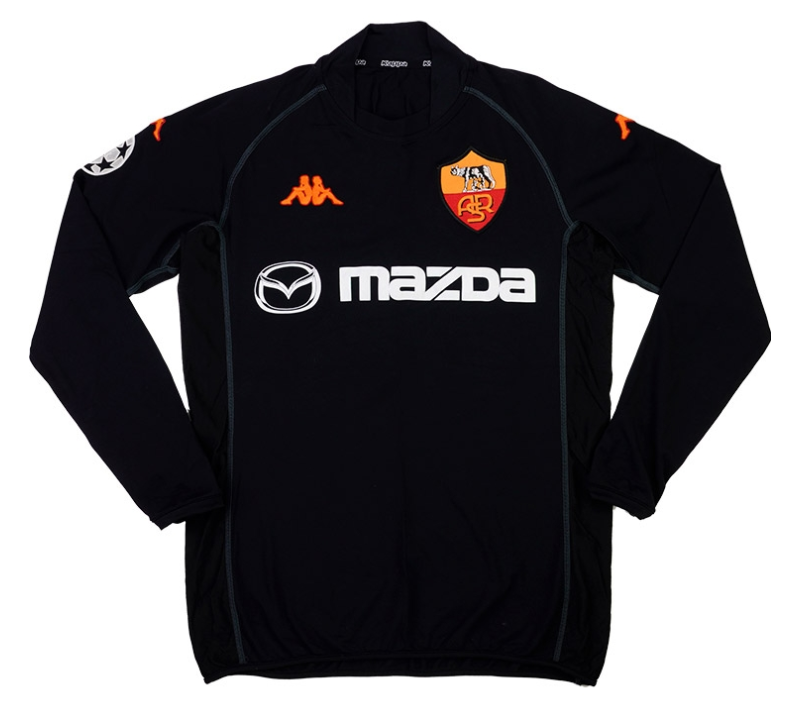 Our second Roma jersey on the list, the black with bright orange accents was hugely popular and it's easy to see why. 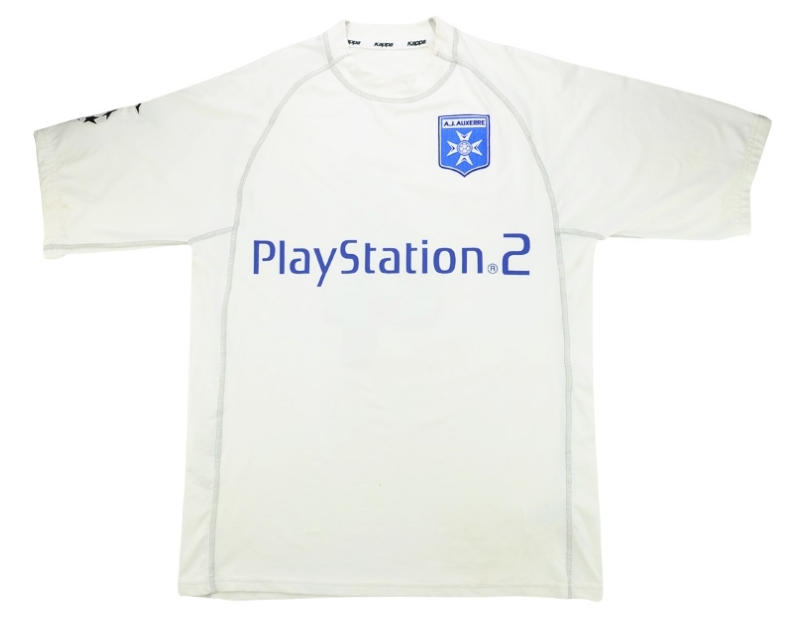 What a team that was, with Djibril Cisse, Phillip Mexes, and Jean Alain Boumsong (kind of) putting Auxerre on the map in terms of European football.

This is one where the sponsor actually enhances the aesthetic of the jersey, as the newly released PlayStation 2 lent it's classic logo to an already amazing shirt. 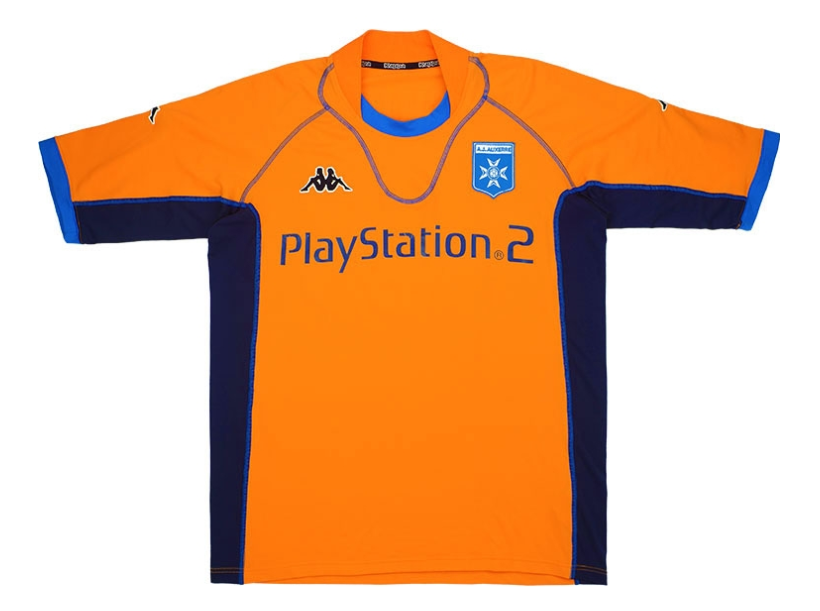 If plain white isn't your thing, perhaps a splash of colour will do the trick.

Again, that must go down as one of the best shirt sponsors ever. Magical. 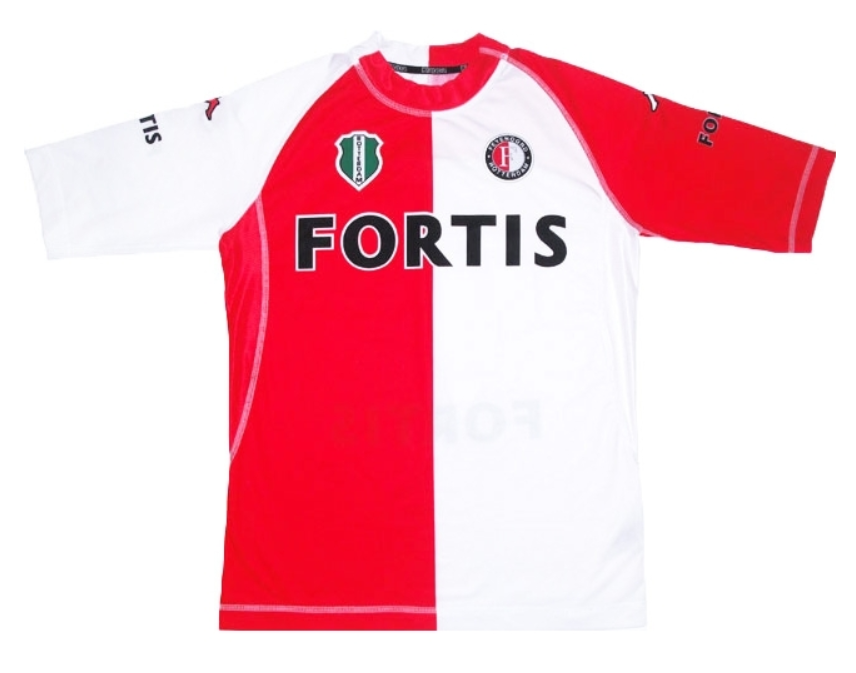 Robin Van Persie's departure for Arsenal co-incided with the release of one of Feyenoord's best ever jerseys.

While the ones released over the three seasons before this beauty were good, the sponsor was just too offensive, so when Fortis took over we had to select this as the pick of the bunch. 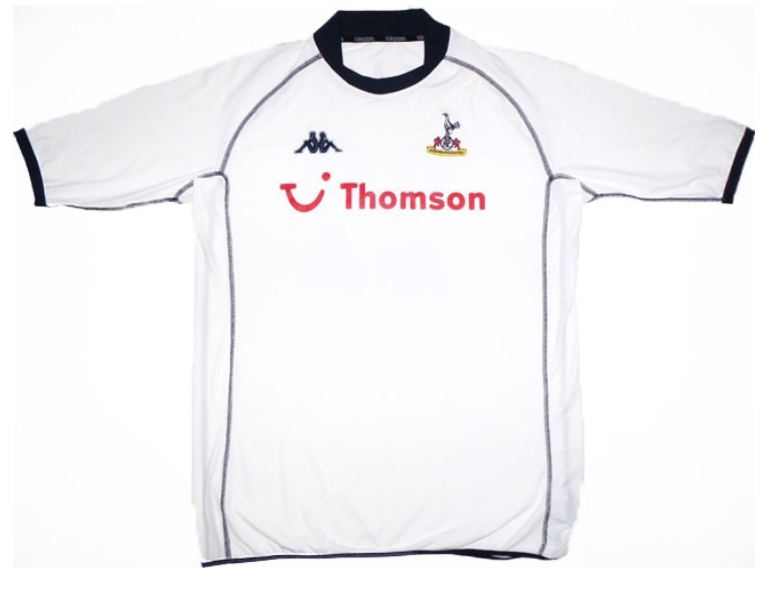 You can just see Robbie Keane doing a cartwheel celebration, can't you?

Spurs were the only Premier League side rocking Kappa at the time, and as a result they had some of the best jerseys ever seen in the league, but this home jersey was the perfect balance. 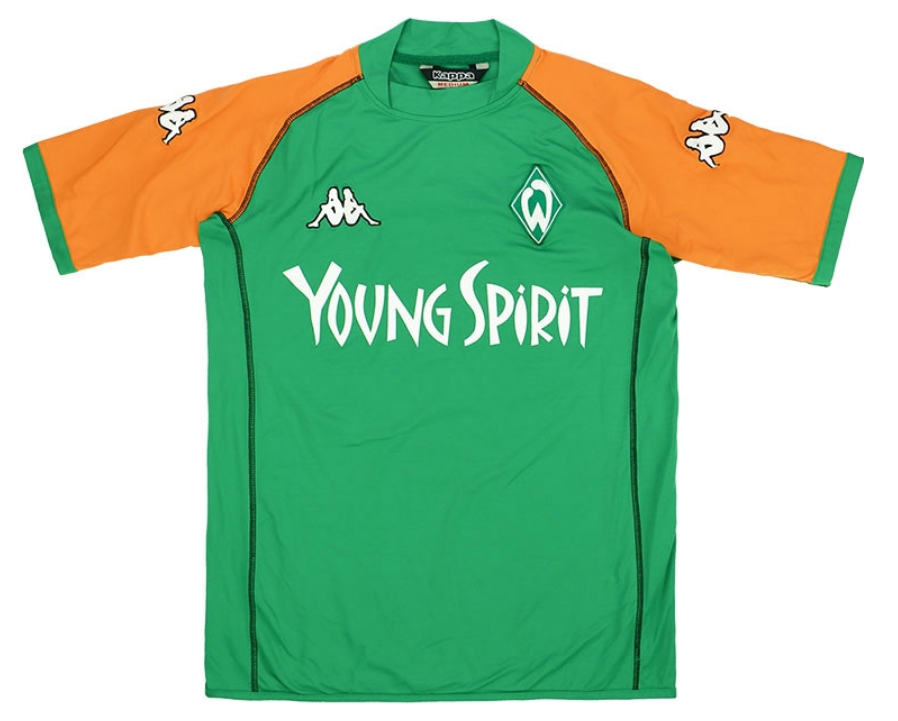 Last but not least, Werder Bremen won the Bundesliga in this jersey and we're pretty sure it was the main factor behind the success, not Ailton.

The colours work well, the sponsor isn't bad, it's flawless.

There are countless more examples to choose from, but we wanted to select 10 that instantly popped into our memory when reminiscing on classic jerseys of the past.

Which one was your favourite? And if we omitted the one you remember most fondly then don't hesitate to get in touch and let us know.

Imagery via ClassicFootballShirts.co.uk, where all of these jerseys are available for purchase. 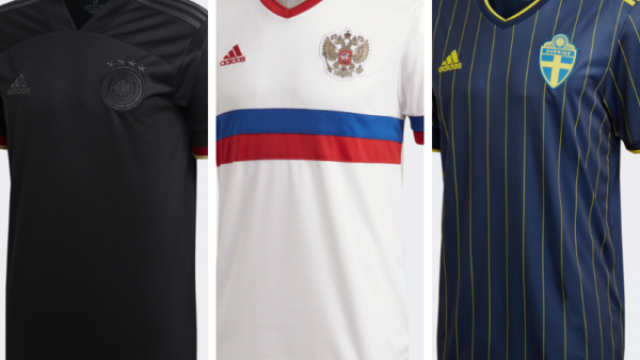