Kasper Schmeichel Was Fuming About Refereeing Decisions During Spurs Loss

Leicester City have once again missed out on a top four finish on the final day of the season, with their 4-2 loss to Spurs condemning them to fifth place.

Leicester needed to get a result this afternoon and hope other games went their way in order to qualify for the Champions League, but they were unable to do so despite Chelsea's loss to Aston Villa.

It was an odd game, one in which the home side led twice. Jamie Vardy scored two goals from the penalty spot, but their goalkeeper was not happy with the referee after the game.

Kasper Schmeichel believes he was fouled in the buildup to Spurs' second equaliser, with the Danish international punching the ball into his own net.

Kasper Schmeichel punches the ball in to his own net, which sends Leicester City out of the top 4!

There were also questions about Spurs' third goal, with Harry Kane appearing to handle the ball in the buildup.

Speaking to Sky Sports after the final whistle, Schmeichel did not hide his feelings on the referee's performance.

🗣"He did not give the handball, I don't know what he was playing at."

Kasper Schmeichel thought decisions did not go Leicester's way as they lost 4-2 to Tottenham and missed out on Champions League football pic.twitter.com/MjFjHk98wa

Obviously it's very raw, but we're very disappointed. It was a very strange game.

I don't know what he's playing at.

It's very disappointing at the moment, but when we look back and reflect we won the FA Cup this season and have taken it again to the last day.

I would rather be doing that and missing out than just sitting in mid-table and doing nothing...

There has been massive progression. We won a major trophy and got more points than we did last season, so that's progression.

Leicester will now play in the Europa League next season, and while their FA Cup triumph last weekend will soften the blow, this certainly feels like an opportunity missed. 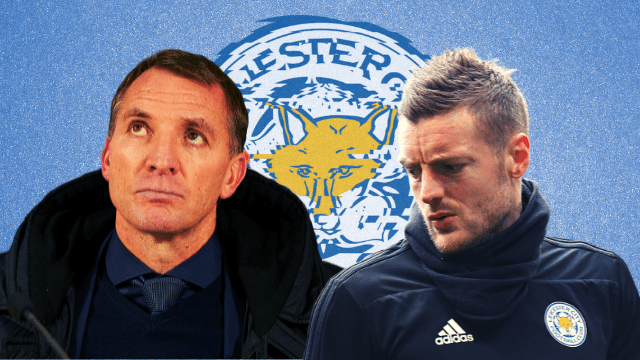 Football
6 months ago
By Eoin Harrington
UEFA Charge FA For England Fans' Behaviour At Denmark Semi-Final
Football
6 months ago
By Gary Connaughton
You Have To Love Kasper Schmeichel's England Dig Ahead Of Euros Semi-Final
Football
2 years ago
By PJ Browne
Kasper Schmeichel Not Happy With Referee Over Penalty Decision
Popular on Balls
Rugby
8 hours ago
By Colman Stanley
Jamie Heaslip Would Include Leinster Youngster In His Current World XV
Football
1 day ago
By Eoin Harrington
Report: Manchester United's Younger Players Are Growing Tired Of Cristiano Ronaldo
Football
2 days ago
By Jonathan Byrne
Watch: Caoimhín Kelleher Pulls Off Wonder Save In Liverpool Cup Win
Football
2 days ago
By Jonathan Byrne
Remembering Jimmy Bullard's Timid Big Dunc Stare Down From 2006