Katie McCabe's brother gets hit with the blame for some stick she got from her Arsenal teammates recently. During a quickfire Q&A, the Ireland captain confessed that growing up, Chelsea was the team she supported.

The admission was made more conspicuous by Arsenal and Chelsea being in a two-way title race for the Women's Super League. There's also an FA Cup semi-final between the two sides coming after the international break.

"I blame Gary my older brother for that because he was a big Chelsea fan," says McCabe with a smile.

"When you're playing for Arsenal, and you support Chelsea growing up, you have to take a bit of stick. 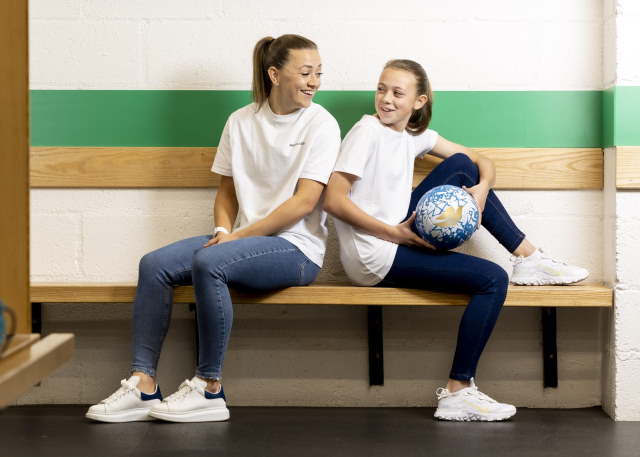 Katie McCabe and sister Lauryn McCabe pictured at the launch of the Dove Self-Esteem Project which aims to arm the next generation with the tools they need to grow up enjoying a positive relationship with the way they look. To download the free, evidence-based resources now visit https://www.dove.com/uk/dove-self-esteem-project.html

At the weekend - in what was McCabe's 150th game for the club - Arsenal picked up their fourth consecutive win in the league when they beat Leicester 5-0. It briefly moved them top of the table before Chelsea defeated Reading by the same scoreline to retake their one point lead.

Last season, Arsenal finished third, nine points behind Chelsea. McCabe believes that "structurally", the situation at Arsenal has improved, and helped turn them into title contenders.

"That's the investment that the club have put into the women's team," she says.

"We've got more staff. We've recruited really well. The signings we've made in the summer, and in January, have been fantastic. Those girls have really shown what they can do throughout the season. Jonas (Eidevall) has come in, and really stamped his style of play and philosophy within the team."

steph was ready to throw up in her mouth and i respect that pic.twitter.com/3aeYs0Pl6G

McCabe didn't watch Chelsea play on Sunday. She was on her way to the airport to a catch a flight to Dublin for a training camp ahead of next week's World Cup qualifier between Ireland and Sweden in Gothenburg.

Ireland sit second in Group A of the qualifiers, eight points behind a Sweden team - ranked second in the world - which beat them 1-0 in October. Keeping that second spot would give Ireland a place in the playoffs later this year.

Ahead of that game, Ireland will play a boys' U15 team. Manager Vera Pauw believes the match "will bring the pressure" needed to prepare for facing Sweden.

"For me personally, it's just a game of football," says McCabe.

"That's Vera's beliefs and how she feels we should prepare for games. I think it's Thursday, the game. It gives us a few more days to prepare for the Sweden game.

"That exposure to boys' football, I've had it right up until I was 15. Then, I was on an ETP course with the FAI, and trained with lads in their late teens and early 20s for a whole year. I think it really helped me progress that physical aspect in my game.

"It's matches, it's game time, and I never see a negative in that." 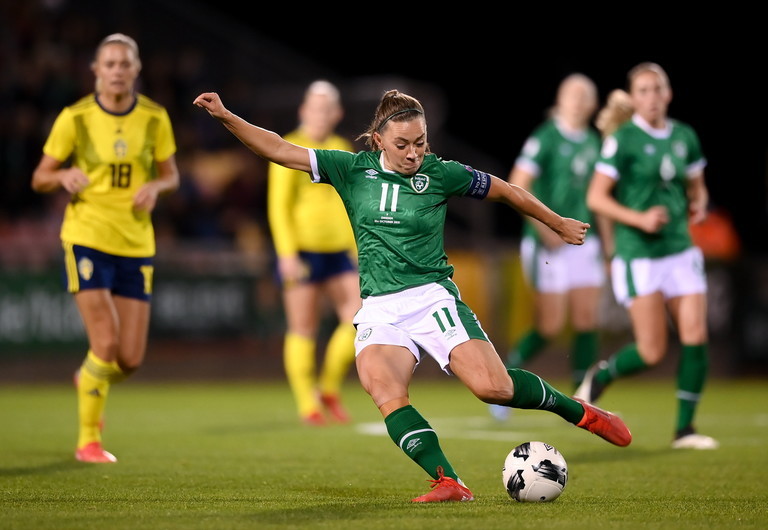 McCabe joined Arsenal as a 20-year-old in late 2015. She is trying to bring what she's learned from six-and-a-half years at club - playing with World Cup, Euros and Olympics winners - to her role as Ireland captain.

'Everyone is there to win, especially at Arsenal'

"I still absorb and listen to them. I speak and ask questions," she says.

"Everyone is there to win, especially at Arsenal. They are world class players and are used to being under pressure. Everything has to be perfect.

"It’s a game of fine margins. The passing detail, the runs, the rotation. Being in that environment day in day out, I try to bring that across when I’m in with Ireland to really show the girls who don’t play professionally week in week out what that standard is and we do have that standard, and we don’t let the standard slip in training or in games.

"I was never the captain of any underage team. I tried to lead by example on the pitch in matches or in training. It was about how I performed. I didn’t need a captain’s armband to make me feel special. When I went into the national team and Emma Byrne was captain then, I saw the presence she had around the team, the demands she made and encouraging us to get to that next level. I’ve always admired that.

"When I got the armband there were big boots to fill, but it was about concentrating on myself, and what do I need to be for everybody? It’s not about mirroring what Emma does, what Roy Keane does, Robbie Keane does, or anything like that. It’s about figuring out how I can continue to do well on the pitch and be the best I can off the pitch for my teammates.

"What I try to do is not let my standards drop when I go into the Ireland [camp] and try to raise the people around me through positive reinforcement as well. Obviously we need to be accountable when things are not going right.

"It’s obviously helping those girls playing WNL who are younger, showing them the ropes and the level. As an example, instead of doing things in three or four touches, you do it two touch because you don’t have that time in international football.

"For me, you either sink or swim. We showed in the Pinatar Cup, the likes of Abbie Larkin, even Chloe Mustaki getting her first cap after such a successful underage career, that we have those players within the league who are more than capable of that.

"For me, it’s fundamental for players to go and play in professional environments day in day out so they are used to the pressure and that will only benefit the national team even further." 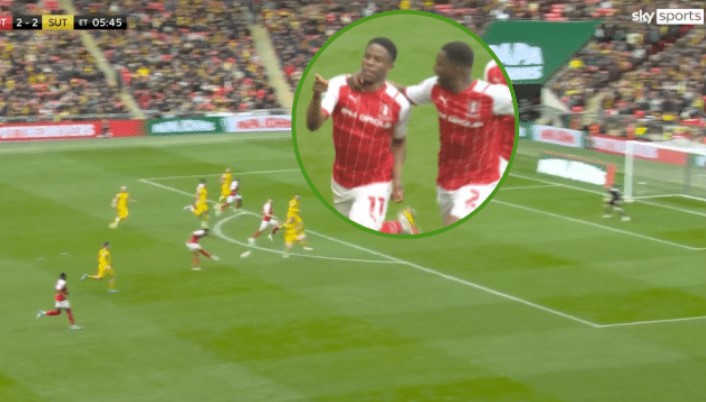