Katie Taylor Hoping For 'Irish Double' At Wembley This Week

Both Katie Taylor and the Irish football team have Wembley dates in their diaries this week.

Taylor puts her world lightweight titles on the line against Miriam Gutiérrez on Saturday night at the Wembley Arena.

On Thursday evening, the Irish team play England in a friendly at Wembley.

Both parties have been staying at the same hotel ahead of their big nights and met up on Wednesday.

Ireland captain Seamus Coleman presented Taylor with an Ireland jersey. The Bray fighter was herself a talented footballer and won senior caps for Ireland.

"It was great to meet up with the Irish team and to wish them well ahead of their big match at Wembley tomorrow night,” Taylor told FAI TV.

"I was thrilled to receive this new Irish jersey, the first of its kind, and it was fantastic to see my name and my old number 10 from my own Ireland career. That means so much to me.

"I’ve been watching Vera Pauw’s Ireland in their bid to reach the European Championships and they were so unlucky against the Ukraine. I know they have a big game now against Germany and I wish them well – they have a top class manager and a great assistant in Eileen Gleeson who I played under many years ago.

"An Irish double at Wembley would be brilliant. We are all fighters and we will be doing our best to achieve that." 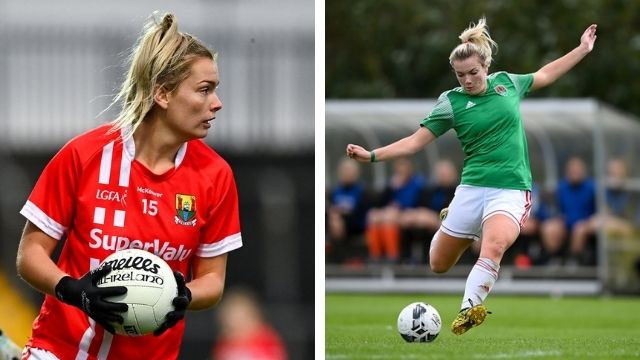