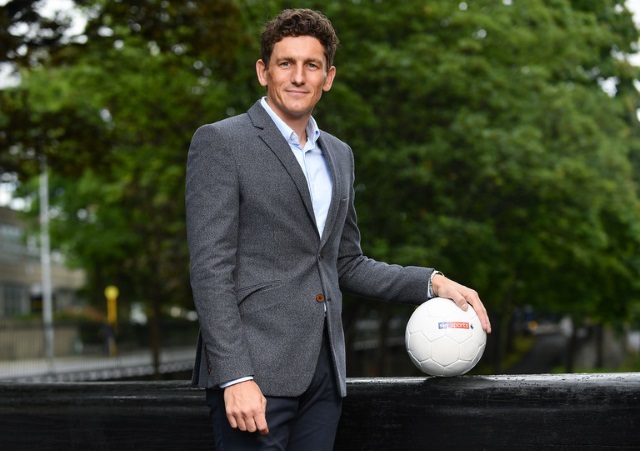 Keith Andrews can empathise with Darron Gibson's situation. He too has been critical of teammates in the past. Though, not to the level which Gibson was on Saturday evening and certainly not in the company of individuals he doesn't know and trust.

Following Sunderland's 5-0 pre-season friendly defeat to Celtic at the weekend, Gibson - who had the demeanour of someone under the influence of alcohol - was filmed in conversation with fans being highly critical of the club and a number of players.

Andrews says that Gibson should have known better.

I'm sure I've slagged certain teammates throughout my career. Certainly not to the level he did. It was naive from someone who's been in the game a long time. It's an unfortunate episode in his career and certainly Sunderland's saga goes on.

You need to be very, very careful. You can't speak in the way that he spoke about the club, about teammates - certainly to people that you don't know.

If he is genuinely feeling that and I can sympathise certainly with the frustrations that he has because I would be up the wall at that club.

But you cannot say that type of thing to people you don't know, certainly under the influence of alcohol in that type of environment.

Andrews is someone well-acquainted with Gibson. The two were part of the Ireland setup under Giovanni Trapattoni. The 36-year-old believes Gibson has not fulfilled his potential as a player.

He was in squads with myself. He was probably behind myself and Glenn Whelan; the next midfielder in. We all know that era, the manager [Giovanni Trapattoni] didn't change the team too often.

I don't think he's played anywhere near the amount of football he should have for the age he has. He's a very talented player but he hasn't shown that as consistently as he should have down through the years.

Football
2 weeks ago
By Donny Mahoney
It's Ten Years Since Darron Gibson Was Bullied Off Twitter
Football
8 months ago
By Gary Connaughton
Darron Gibson Signs One-Year Contract At League Two Club
Football
9 months ago
By Gary Connaughton
Watch: Ferdinand Uses Darron Gibson Story To Sum Up The Brilliance Of Alex Ferguson
Popular on Balls
Rugby
15 hours ago
By Eoin Harrington
Mike Brown's 16-Year Harlequins Career Is Over After Stamping Ban Issued
Other Sports
16 hours ago
By Balls Team
12 Of The Most Cringeworthy Moments In Sporting History
The Rewind
13 hours ago
By Balls Team
The 5 Best Irish Accents By Foreigners In Cinema History
The Rewind
13 hours ago
By Donny Mahoney
The Best And Worst British Media Coverage Of The Ballymurphy Verdict