Keith Andrews: Book Could Be Written About Ireland's October Ordeal

Keith Andrews says that a book could be written about everything that the Ireland team went through during October's international window.

Ireland lost on penalties to Slovakia in a Euro 2020 playoff semi-final in Bratislava, drew with Wales in Dublin and lost to Finland in Helsinki. All three games were disrupted by various Covid-19 related situations.

Both Aaron Connolly and Adam Idah were ruled out of the game against Slovakia shortly before kick-off as they were deemed close contacts to an FAI employee who had tested positive, but subsequently negative, for Covid-19.

In the build-up to the Nations League game against Wales, a further five players were ruled out due to Covid-19. In all, Stephen Kenny was without 13 players for that match.

"Adrenalin gets you through the camp, what was a seriously difficult one to navigate through with all that was going on, a lot of which didn't even become public because it was too much, it was a book in itself," Ireland assistant manager Andrews told Virgin Media Sport.

"Ultimately, disappointment with the result against Slovakia. We're proud of the players' performances over all, and I include the Wales and Finland games in that because of what they have to deal with.

"You just assume footballers are robots but feelings come into it, their welfare comes into it. All these issues with Covid, you just expect them to just roll on. We tried to treat them in the way that I would like to be treated, gave them as much information as we could every step of the way. We put it in the perspective of us still having a game to play, we still need to push on.

"Even with all those factors, I think the trip - barring the results which are the most important thing - you have to take a lot of positives out of it.

"We're very happy with the Slovakia game. Penalties are always a bit of a lottery, though, we felt that we prepared in the right way for that. If you just analyse the performance over the 120 minutes, anybody that knows anything about football will tell you that we deserved to win that game.

"There were lots of very good individual performances, players putting their hands up and challenging what we thought were certain starters."

"A lot of it didn't even become public because there was too much, it was a book in itself." 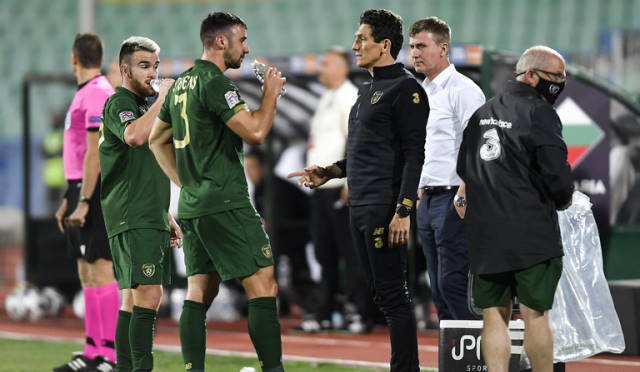