There are a lot of rumours surrounding the Ireland football team, with most concerning the management team, in particular Roy Keane, and how suited he is to the task at hand.

Ireland manager Martin O'Neill has admitted that Jon Walters and Harry Arter were involved in an altercation with Keane the last time the squad met up, with Arter excluding himself from selection for tomorrow's opening Nations League tie against Wales in Cardiff as a result. 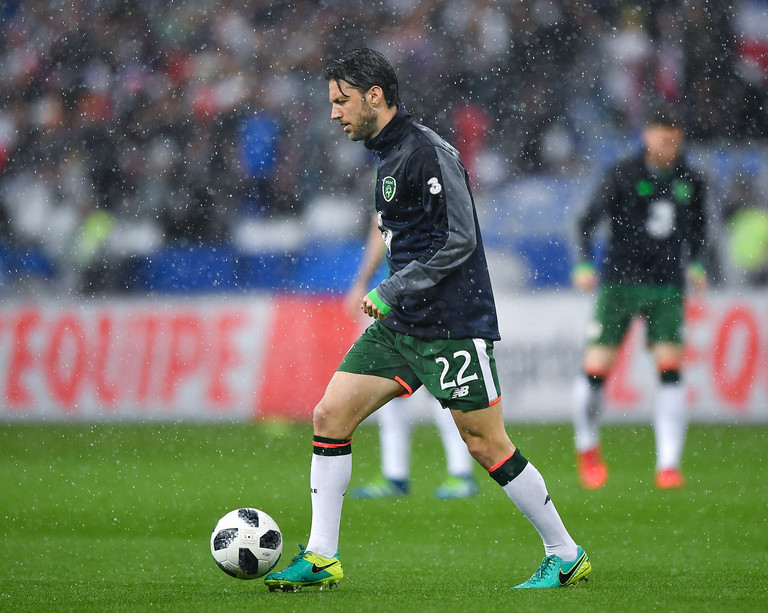 On the Keith Andrews Show on Off The Ball, Andrews pointed out how Keane's aggression and how highly strung the Cork man was as a player may not translate to the modern footballer, stating that we were living in 'a different era' of football management:

The game has changed drastically, society has changed in the last ten to 15  years. Now, in my opinion, he is in a very responsible role, his job title is assistant manager, and I just think currently he's not assisting the manager.

Andrews went on to argue that the fact that Arter has withdrawn as a result of Keane is 'not right', especially with Martin O'Neill crying out for Premier League players in his team:

I'm not sure what is happening but it cannot be right what is going on, that Roy Keane has had a direct influence on Harry Arter not wanting to come and play for us in an important game.

He is in a very responsible role where he should be looking after those players, he should be treating them like his kids, 'I need to protect this group.

On the value that Keane could have as assistant manager, Andrews was in no doubt that the former United captain could be extremely influential as assistant coach speculating that he could have players 'running through brick walls' for him because of the renown he has as a former professional.

You can watch the full segment below:

Football
1 month ago
By Eoin Harrington
Niall Quinn Thinks More Senior Players Should Be Playing For Ireland
Football
6 months ago
By PJ Browne
Keith Andrews: Book Could Be Written About Ireland's October Ordeal
Football
6 months ago
By PJ Browne
Andrews Explains Thinking Behind England Vs Ireland Friendly
Popular on Balls
Rugby
16 hours ago
By Eoin Harrington
Mike Brown's 16-Year Harlequins Career Is Over After Stamping Ban Issued
Other Sports
17 hours ago
By Balls Team
12 Of The Most Cringeworthy Moments In Sporting History
The Rewind
13 hours ago
By Balls Team
The 5 Best Irish Accents By Foreigners In Cinema History
The Rewind
13 hours ago
By Donny Mahoney
The Best And Worst British Media Coverage Of The Ballymurphy Verdict