You could forgive Keith Ward if he looked back on his time working under Stephen Kenny and retained a modicum of bitterness towards the new Ireland manager, but that is not the case.

To the contrary, the Bohs midfielder - who spent two years with Kenny at Dundalk - is "delighted" to see the 48-year-old take the reins of the senior team.

"I'm fascinated to see how it goes. I really hope it goes well for him," says Ward who on Friday takes on Shamrock Rovers' Aaron McEneff in a virtual Dublin Derby in aid of Pieta House.

During Ward's second season with Dundalk, the club played Luxembourgian side Jeunesse Esch in the first qualifying round of the Europa League. Ward, who the previous season has suffered a cruciate knee ligament injury, wasn't getting in the team at the time. 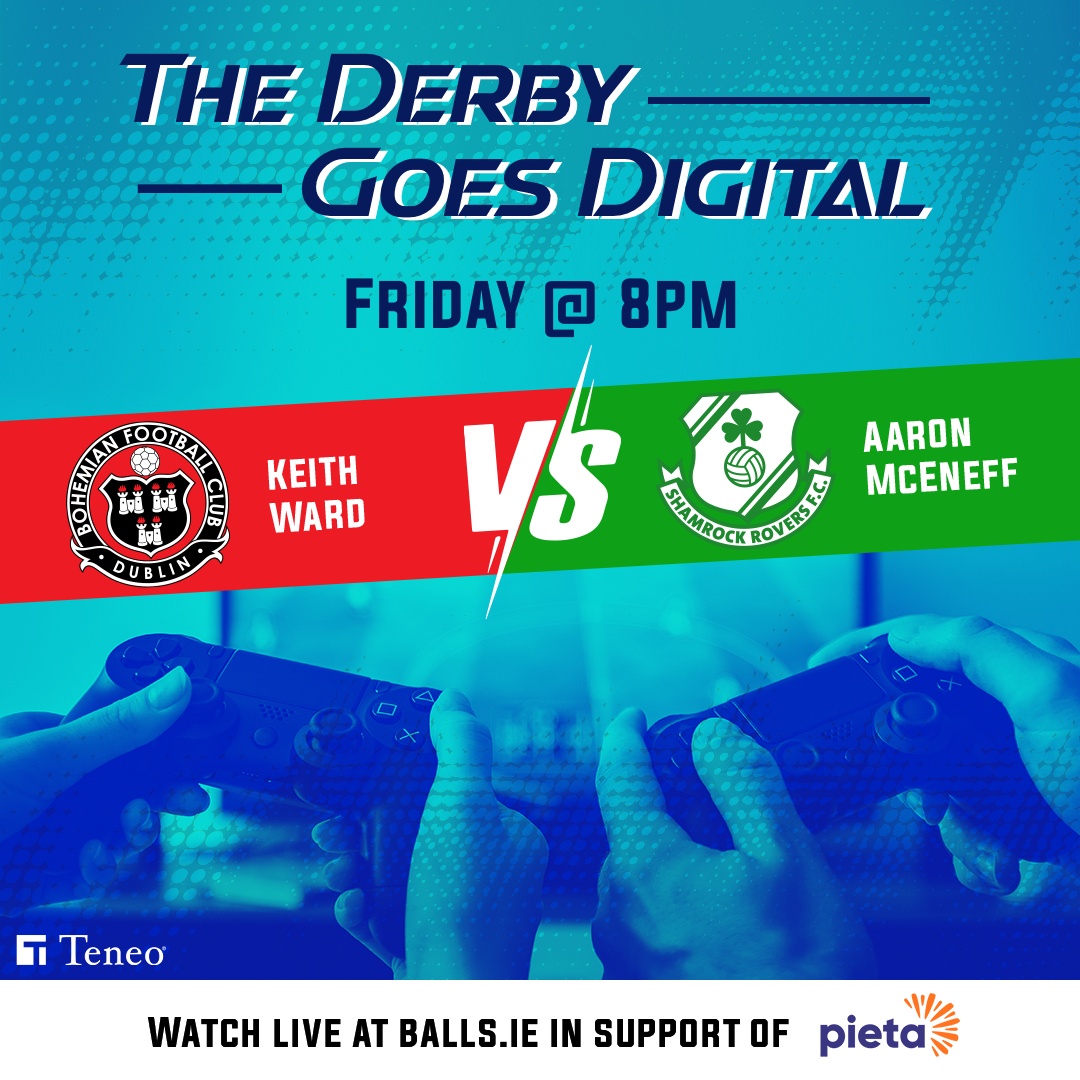 "He gave me a game in the League Cup against Derry and I ended up getting injured," says the 29-year-old.

I got a hairline fracture in my arse - the worst pain I've ever been in in my life.

He goes, 'Look, come away with us, we want you to come on the trip. I want the whole team going'. He said I could get a bit of gym work in and that.

We ended up getting a good result. He let us get a night out in. We had a curfew and that. We all came down for breakfast the next morning and I was hanging.

I don't really like breakfasts. I'm not really a breakfasty person.

There was a girl there serving us and I just said to her, 'Here, can you just throw us out a little bit of ice cream to sort the head?' Don't ask me why.

Your one brought it out in this big glass [bowl]. There might as well have been sparklers coming out of it - it was this massive fancy thing.

She sat it down right in front of me. As soon as I went for my first scoop, Kenny turns the corner, looks at me, walks over and goes, 'You're supposed to be getting fuckin' fit!'

I don't think I ever played for the club again after that.

There was an opportunity to leave the club on loan that season but Ward did not find out about it until the transfer window had shut.

"That year, I couldn't even get on the bench. I was in the stand most weeks.

"It came to the break and I think Owen Heary, he was the manager of Bohs at the time, asked Stephen could he get me on loan.

"I didn't even know [about it], he told me when the window shut. He sat me upstairs and said, 'Owen wanted you to join Bohs'. I was like, 'Why are you only tell me this now? I could have went out on loan'. He said, 'No, if we get 12 injuries, you might get in the team'. That's just the way he is. He was thinking 12 injuries down the line, 'Put Wardy in'.

"I've seen him, he could cut you in half as well if he wants. He's quite ruthless. I couldn't even get on the bench and he wouldn't even let me out on loan."

Dundalk won the league that season, the club's first title since the 1994/95 season. Despite getting so little game time and not being allowed leave on loan, Ward enjoyed the ride.

"I've never fallen out with a manager - you have disagreements. I asked him what I could do more to get in the team. When a team's winning every week, what can you do? It's hard to fall out with him.

"We had such a great dressing room. We'd come so far in a year or two with him. There was such a great buzz at the club - we were on a rollercoaster.

"I know I wasn't playing but it was so hard not to enjoy being around the lads every day, winning. There was no way I could disrupt that. Seeing Stephen the way he is around the place with his players, you couldn't fall out with him.

"He's great, an unbelievable character. I know he's probably not everyone's cup of tea. To see his teamtalks and how much he loves his players. Around the place, he is mad but he's fascinated and fascinating.

"If you told him before a game that you wanted a bouncy castle out on the pitch because it would help you - he'd get you a bouncy castle. He'd do anything for his players.

"If the players buy into him, I think it could go well."

Bohemian FC’s Keith Ward will face Aaron McEneff of Shamrock Rovers in FIFA 2020 for the first-ever virtual #DublinDerby at 8pm on Friday April 24th. The event, produced by Teneo, will be streamed live on Balls.ie's Facebook page.

Keith Ward: 'Anything Against Rovers, We Want To Win. I Wouldn't Give A Shit If It's A Game Of Kerbs'

Football
1 year ago
By PJ Browne
'Anything Against Rovers, We Want To Win. I Wouldn't Give A Shit If It's A Game Of Kerbs'

Football
1 year ago
By PJ Browne
'Anything Against Rovers, We Want To Win. I Wouldn't Give A Shit If It's A Game Of Kerbs'
Popular on Balls
Olympics
19 hours ago
By Gary Connaughton
Watch: Yulimar Rojas Goes Nuts After Smashing Triple Jump World Record
356