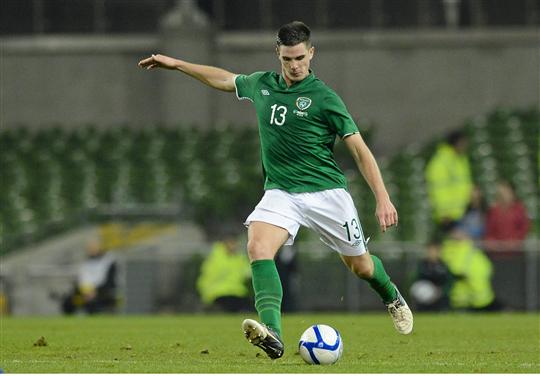 Just off the back of an impressive season for Aston Villa, Kenny Cunningham hopes that Ciaran Clark will turn his club form into a regular starting place in Martin O'Neill's Ireland team.

Cunningham said that given the defender's age, he was disappointed that Clark has not already established himself as an Irish international.

I saw him a number of years ago and have been a big fan of his.

He’s not the most physically imposing, but he is tenacious, and you can see he really enjoys defending. He got a good left foot and is comfortable with the ball at his feet.

He has been found out a little bit at times, as defenders all are at that stage, in terms of being too close to a striker and maybe getting done by a bit of clever movement.

It’s been a learning process for him, but this is a big season for him at club and international level.

I’ll be disappointed if he’s not pushing strongly for the starting eleven come the end of this season.

The Setanta analyst believes that the emergence of Clark as a reliable option for Martin O'Neill would open up the opportunity for Marc Wilson to be utilised in other positions. He could perhaps be used to shore up the troublesome left-back spot or even as a defensive midfielder.

If he was to come into the team at centre-half, it frees up a couple of options.

Marc Wilson, in particular, is a player we can utilise in a number of areas. Some people talk about maybe having a problem at left-back — that’s resolved if Marc plays there. As a holding midfielder, he’s very comfortable. That’s somewhere else where we can use him. Wilson has forged a decent partnership with John O’Shea, but he’s a player whose versatility we could utilise.

And we can only do that if Martin has the confidence to put in another centre-half. Ciaran has all the attributes — he just has to put it together now and get a good run of games.

I like him as a player and I think without a doubt, he’s good enough.

See also: An Irish Premier League XI Of Players With Something To Prove This Season

Football
1 year ago
By Balls Team
Report: Kenny Cunningham Set For Move Into Management
Football
2 years ago
By Gavin Cooney
5 Of The Most Random RTE Panel Fights
Football
2 years ago
By Gavin Cooney
Kenny Cunningham Doesn't Hold Back In Assessment Of Brendan Rodgers After Bayern Battering
Popular on Balls
GAA
14 hours ago
By Michael McCarthy
Liam Sheedy Invites 6-Year-Old With Insane Hurling Knowledge To Tipp Training
2