If further evidence was needed that Kenny Dalglish absolutely loves Liverpool, then one would need look no further than his selections for his Premier League team of the season which he published in his regular column in The Mirror, as it contains a few utterly baffling selections, all of which are Liverpool players. 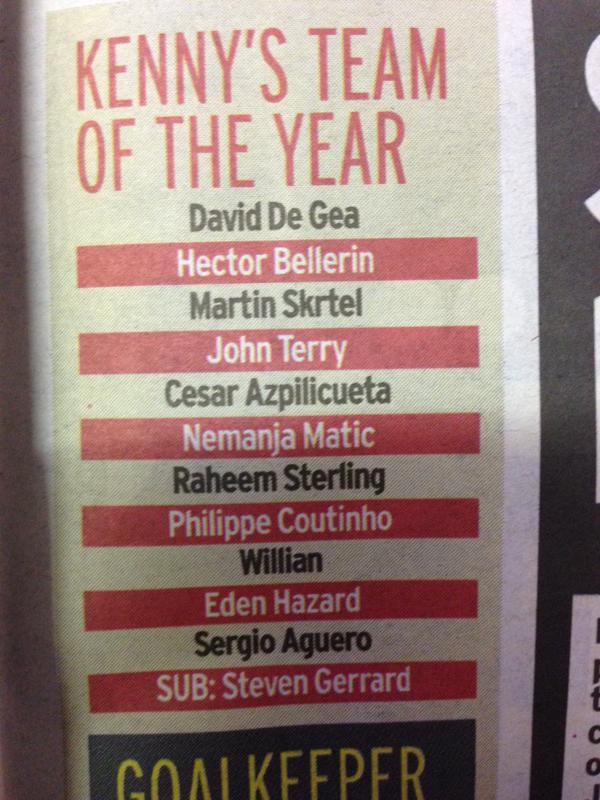 Martin Skrtel? Granted he was one of Liverpool's better performers, but no Liverpool defender should be in any team of the year, let alone ahead of Laurent Koscielny, or even Gary Cahill.

Philippe Coutinho is understandable as the young Brazilian had a very good campaign, but over Cesc Fabregas in midfield? Questionable.

The sentiment is nice with giving Stevie G his own special place on the bench, but, this is supposed to be a performance based team of the season, so that's just as ridiculous as the rest.

Football
4 years ago
By Gavin Cooney
Watch: How Roy Keane Spent A Lads' Holiday Hiding From Kenny Dalglish
Previous Next