In general, football has dealt fairly well with the complications presented by the coronavirus pandemic. There have been few instances of fixtures being called off over the last 18 months or so.

However, Spurs find themselves in that very situation this week.

Their Europa Conference League game against Rennes was postponed this evening due to a covid outbreak in the camp, while that will also be the case for their Premier League fixture against Brighton at the weekend.

It also puts them in a difficult position moving forward. UEFA are insisting the game must be played at some point, although finding a gap in Spurs' schedule to do that will be almost impossible in the weeks ahead.

Spurs will also need a victory in that fixture if they are to advance to the knockout stages in the place of Vitesse Arnhem.

It has also been suggested that they may be forced to forfeit the points if they cannot fulfil the fixture in the near future, meaning they would be eliminated from the competition. Brian Kerr thinks that outcome could actually suit them.

Speaking on Virgin Media this evening, the former Ireland boss said he felt that Spurs and Antonio Conte could actually prefer to be eliminated from this competition as opposed to having more fixtures after the turn of the year.

The Covid-19 situation at Tottenham:

▫️ Puts blame on UEFA & FIFA for amount of games.

▫️ But would Spurs be happy to be put out of the #UECL?#THFC | #COYS | #UECL pic.twitter.com/Mg2UUCaxCq

When you think at this time of the year for British football, it's particularly intense. It's a hectic time with the number of games you have to play, Spurs don't have any spare weeks where they have only one game between now and the end of the year.

UEFA are saying the match has to be played. It's a very awkward position.

I actually think that from Spurs' point of view, and Antonio Conte's own point of view, he might not be too unhappy if Spurs had to pull out and let Vitesse Arnhem go through.

I would think that the competition for him hasn't been great. With the players he has, he has had a good luck at them already. They played very poorly against Mura, he has had the opportunity to look at players and make his mind up about them...

I think overall for the club, they wouldn't be that upset if the solution came that Spurs had to forfeit their place.

The Europa Conference League is unlikely to be high up on Antonio Conte's list of priorities, so Kerr makes a good point here.

The Italian may well prefer to have the extra time on the training pitch in the months ahead as he attempts to exert his influence on the side. After all, it was the lack of European football that helped him lead Chelsea to the league title during his first season at Stamford Bridge.

It will be interesting to see how this situation develops. 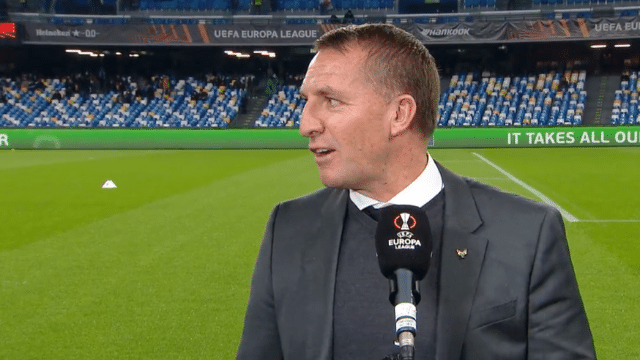