Patrick O'Brien (now 18) admitted to sending racist messages to Wright in May 2020. The court heard that O'Brien had sent the messages after he'd lost a game of FIFA 20. The court heard that O'Brien had downloaded Wright as a legend for the purposes of a game of FIFA. O'Brien lost the game and decided to send twenty abhorrent messages to Wright on Instagram.

On top of sending the worst kind of racist messages to Wright, O'Brien also threatened the former Arsenal striker's life.

He wrote: "You are like a 65-year-old...if I get corona I will cough in your face and give you your death sentence. If I see you I will put you on your deathbed.”

Wright subsequently shared the messages on Twitter and expressed his horror.

EA Sports added the former Arsenal and England player to FIFA 20 as a FUT Legend.

Judge David Waters found that it was clear that Patrick O'Brien (now 18) had sent racist messages of the most abhorrent nature to Wright but applied the Probation Act, which means O'Brien will have no criminal conviction on his record. Wright tweeted last year that he'd forgiven the teenager. In a victim's impact statement, he further explained his reaction to the incident.

“Patrick, I forgive you. I believe there is redemption for everyone. I hope that you and also those that either taught you or enabled this hate will learn from this and change for the better,"

"Mr O'Brien has reason to be very thankful to the victim," he added.

'I wasn't expecting my forgiveness to be an invitation to lighten a sentence,' he said. 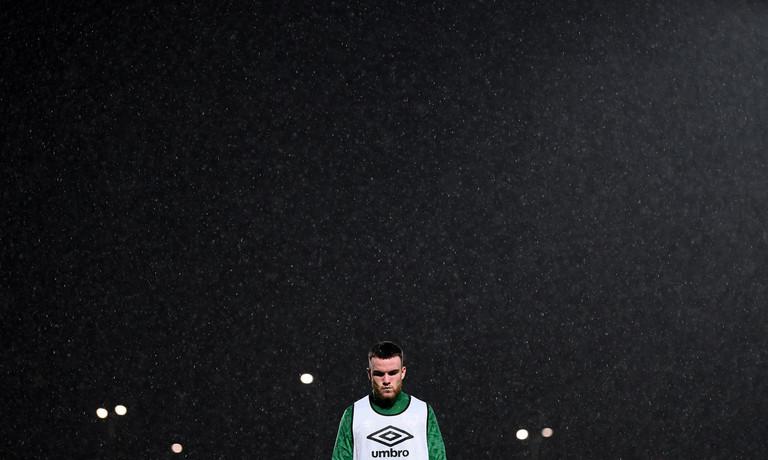 Football
5 days ago
By Jonathan Byrne
Ian Wright Was Blown Away Watching Katie McCabe In Person
Football
1 month ago
By Gary Connaughton
Ian Wright Slams Arsenal Stars After 'Embarrassing' Half At Manchester City
Football
2 months ago
By Eoin Harrington
Ian Wright Slams Leicester Fans For Anti-Irish Abuse Of Roy Keane
Popular on Balls
GAA
21 hours ago
By PJ Browne
All-Star Keeper Manages Scotstown To Monaghan U15 Title
GAA
22 hours ago
By PJ Browne
'He Held The Room For 7 or 8 Minutes, There Wasn’t An Eyeball Off Him'