Kevin Doyle has fears that Aaron Connolly's football career will go the way of so many other talented players with whom he spent time in a dressing room.

The Galwayman is now 21, and two years on from scoring a brace against Spurs on his first Premier League start for Brighton. However, his career has failed to ignite like many had hoped.

"We've always had loads of players who work hard," said Doyle on The Preview with Ladbrokes ahead of Ireland's World Cup qualifier against Portugal.

"He's definitely got a quality about him, he can do something different. I hope he can translate that into a career in football.

"There are so many players who have come and gone over the years who had that. There were the ones with Ireland who were talked about to be the next superstar, and didn't go on to be it. I've seen players in training have more ability than anyone in the place but they don't have long careers.

"I fear for Aaron that could be the case. He needs to get a run of games. It might be the case at Brighton that it's not going to happen, and he has to go out on loan. He needs to play a lot.

"He seems to get a lot of niggly injuries. He needs to sort that out. You can't be injured all the time. Football will pass you by, and managers will give up on you. It's easy to have a niggle, and opt out, but you can't do that all the time. You have to find a way to play games regularly, get into a team, stay in a team, and become someone a manager can depend on.

"That's the side of the game that's going to be the hardest for him. It's not easy, but he has to figure it out."

Doyle feels that on the pitch, Connolly could take the simple option more often, and also add some more defensive alertness to his game.

"With Ireland, he's always trying to take someone on and put it in the top corner," said Doyle.

"That's the feeling, but you'd just like him to do the simple thing, one out of three times. Just take a simple option, a simple pass.

"I do think that out of the ones who play [up front for Ireland], he's the one that it takes him a second or two to switch on defensively.

"It seems to be, 'Oh, I've got a job to do as well'. The others seem to be a lot more tuned in that way. It's not something that comes naturally to him. In modern football, you have to be as good going the other way as you are going forward.

"He nearly tries to do too much when he's on the ball. He doesn't have to score or beat people every time he gets on the ball." 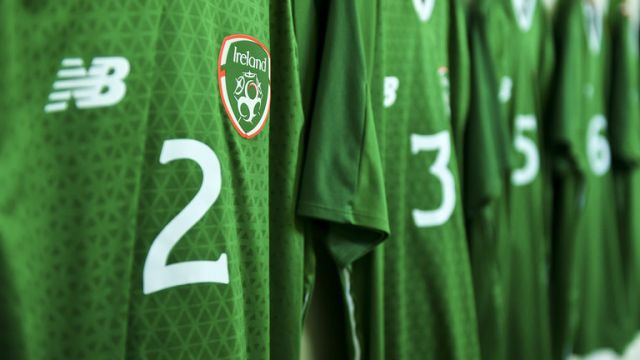