Doyle was speaking to Balls on The Buildup Podcast this week in the aftermath of the Super League’s collapse on Tuesday night. The short-lived concept was led by six English clubs, three Spanish clubs, and three Italian clubs, with the six English clubs all pulling out within a few hours of each other on Tuesday.

The leading English clubs involved were Manchester United and Liverpool and, as a long-time United fan, Doyle had a few things to say about the Glazers’ involvement.

“I’m a Man United fan, I didn’t really have a problem with the Glazers, the club seemed to be rolling along. Obviously on the pitch it wasn’t great, but they were spending money to sign players and improve things, it wasn’t like they were penny pinching. It was a business to them, and they were taking money out of the club or whatever, that’s business – but as long as they were putting money back in and signing players, as a fan you’re fairly happy. But this…this would just, for me, it would finish it with them.”

Joel Glazer released an open letter to Man United fans today, in the wake of increasing calls for fan action and protest at Old Trafford this weekend.

Man United’s executive vice-chairman of 9 years, Ed Woodward, was the first casualty of the Super League fury last night, as he was forced to resign – and Doyle was quick to question his commitment to the club.

“Ed Woodward moved to London and is working out of the office in London. You know, you’re the boss of Manchester United, the CEO, and you’re doing it from an office in London. That sort of, you know, tells you what way they’re looking at Man United.

You make the argument all the time – I do anyways – that managers and players should live in the area. But a CEO basing himself in London sort of tells you where they’re at at the moment.”

It wasn’t just United that Doyle had some strong opinions on, though – he didn’t hold back when discussing the broken relationship between the club’s owners – Fenway Sports Group – and the club’s supporters.

FSG and their director John W Henry have been fairly popular figures at Anfield in recent years, having overseen an unprecedented turnaround in fortunes at the club since their takeover in 2010. Nonetheless, Henry’s relationship with supporters will surely be irreparably damaged by the signup to the Super League, and Doyle thinks they’ll have no choice but to sell.

“Henry, the Liverpool owner, came across…I always thought ‘yeah, he’s got the best interests at hard’ and, you know, in fairness he’s done a great job at Liverpool. But now he’s ruined his legacy, he’ll probably have to sell it. He won’t be able to show his face there for a long time, anyways. There’ll be a change of ownership with Liverpool, just because they’ve soured their reputation so much now, they’ll probably see no choice but to sell it.”

The fallout from the Super League fiasco is destined to last for a long time, and Kevin Doyle is convinced that the Glazers and John W Henry will have to pay for their involvement.

SEE ALSO: The Statements The Six English Super League Clubs Have Made Since Pathetic Capitulation 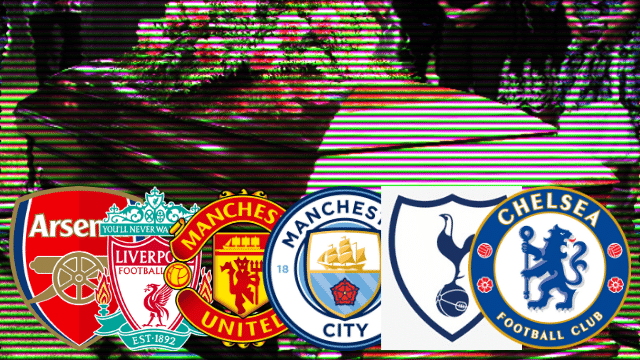 Football
4 months ago
By Balls Team
Here's The Last Irish Football International From Every County In The Country
Football
5 months ago
By Gary Connaughton
Kevin Doyle Perfectly Sums Up Manchester United's Bizarre Transfer Policy
Football
5 months ago
By Gary Connaughton
Kevin Doyle Names Reading Teammates That Could Have Had Huge Careers
Popular on Balls
GAA
3 days ago
By PJ Browne
Mayo's Padraig O'Hora Using Football To Promote His Real Passion
Rugby
1 day ago
By Colman Stanley
'That Pace, That Intensity, That Organisation' All Black Legend Has High Praise For Leinster
GAA
1 day ago
By PJ Browne
Jim McGuinness's Gut Tells Him Dublin Will Win The All-Ireland
The Rewind
2 days ago
By Eoin Harrington
Watch: Brilliant Dermot Morgan Dublin Segment From 'The Travel Show' Resurfaces