Former Ireland international Kevin Doyle has questioned why Stephen Kenny opted to make as many changes as he did from the Portugal defeat in the draw with Azerbaijan.

Doyle cut a frustrated figure as the Boys in Green were held to a point by Azerbaijan despite a spirited display in Portugal on Wednesday night.

Shane Duffy's 87th minute equaliser was enough to save Kenny's side from another embarrassing defeat on home soil.

However, it was just as damaging as a defeat as they went 9 points behind second placed Serbia after four games, with just four games left to play.

"I thought some of the changes and positional changes were unnecessary," Doyle said on RTÉ after the game.

"He's been forced into many changes over the last few months with Covid and injuries, but tonight he was forced into just one change with Dara O'Shea. The others, he brought on himself.

Kevin Doyle felt that Republic of Ireland manager Stephen Kenny perhaps tinkered too much with players and tactics ahead of the Azerbaijan game.

"I thought Seamus [Coleman] didn't look himself in the back three, he's more natural on the right hand side. I thought we could have left him in the wing-back where he felt comfortable.

"I thought it looked uncomfortable for Troy Parrott with the three forwards, he looked it wasn't natural to him at all. I thought we should have stuck with players from the other night."

Brian Kerr aired similar criticism of Kenny's selection on Virgin after the match.

Doyle Criticises Kenny For Changes As Ireland Are Held By Azerbaijan

During the broadcast, Doyle was also asked if he thought the lack of gametime for the Irish players was an issue.

He denied that assumption, saying the same situation applied to the Azerbaijan squad.

(Azerbaijan) got beat by Luxembourg the other night, how do you thing they felt coming here?

They were beaten 2-1 by Luxembourg, their confidence was down on the floor. They came here mentally destroyed just like we were.

People are saying our players haven't played games, but at this stage of the season nobody has played games.

They haven't missed out on fitness. They had pre-seasons and a few games. That excuse works in late October or early November.

McGrath was left out after playing very well in Portugal. I just thought the changes were unnecessary.

As if any further pressure was needed, Tuesday's game against Serbia will now take on even more importance. 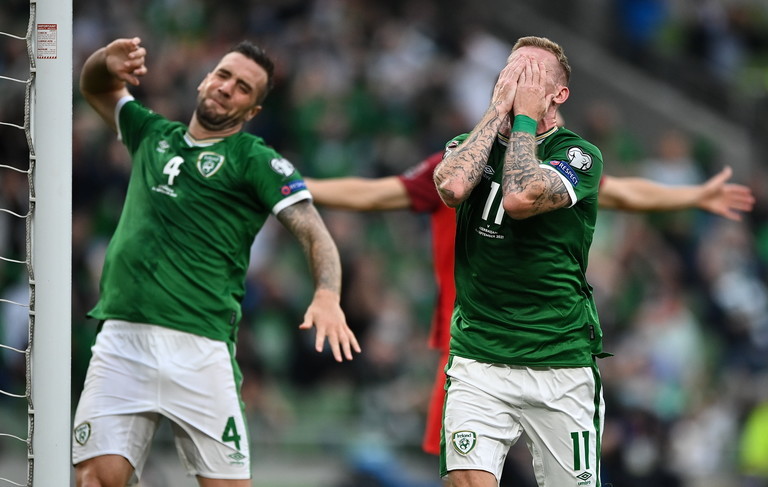