Paul Pogba is one of the most frustrating players in world football.

When he is on it, there are few better midfielders in the game. The issue is that such occasions seem to arrive far too infrequently, especially at club level.

Saturday was one occasion where he certainly did show up. The Frenchman put on an absolute clinic against Leeds United, registering four assists in a masterful performance.

It led Manchester United fans to be excited about what could be in store for the season ahead, but the issue will be seeing Pogba recreate such magic on a consistent basis.

While Kevin Doyle has been frustrated with the 28-year old for quite some time, he believes he is perhaps the best footballer in the world when he performs at his peak.

Speaking on The Buildup podcast, the former Ireland striker said that there are very few players in the game that can match Pogba on his day, something he believes does not come along often enough.

It makes me even more frustrated about the Pogba situation and how he will probably be gone on a free at the end of this season if any of the clubs in Europe have any money left...

If he could play more consistently like that. When plays like that, he is the best player in the world at the moment.

It was four assists, fantastic passes. He just looked to be in the mood and you love to see that from day one since he's been at Manchester United.

It's too often he plays one or two games like that and then is not involved for the next few weeks, goes missing or does something silly. He seems to lack concentration or focus at times.

If he can keep just playing like that. It's the last last year of his contract so there's no better time, he's got millions of reasons to play well.

If he plays well consistently this season for Manchester United, they have a fantastic chance with their squad of players...

You can sign players and spend lots of money, but you can't buy a Paul Pogba when he is in form and on it.

On his day he is a Messi or Ronaldo, or as close as you get at the current moment to them. When he plays well, he is unplayable. There's not too many players in the world like that that I can think of, he is one of them.

It about how they can repeat that week after week. If they have him on form, it doesn't matter what other teams do, he is good enough to work around that...

Can we see just see that and not have his agent coming out with stupid statements? If he is going to leave at the end of the season, can they not just focus on this season and not be coming out and unsettling the squad or the player.

There is certainly no arguing that Pogba has the type of talent that few can match, but questions do remain about his mentality and the ability to deliver on a consistent basis.

Manchester United supporters will be hoping that he can finally dispel those concerns during this campaign, one which could very well be his last at Old Trafford.

SEE ALSO: What The Hell Have Puma Done With Their Third Kits? 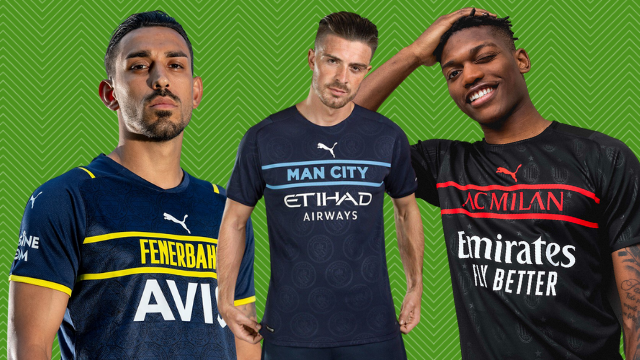