Manchester City host Manchester United at the weekend with far more at stake than just local pride. Not only are they the top two in the Premier League (with an admittedly large gap in City's favour), but Pep Guardiola's side could also be a matter of a few games away from making footballing history.

City have won an incredible 21 consecutive games in all competitions, now sitting just three games behind Bayern Munich's European record for most victories on the trot.

Speaking on The Buildup podcast this week, Kevin Doyle recalled being in a similar position heading into a game against Manchester United.

In February of 2011, United were on a 29-game unbeaten run in the league. They had not lost a league game all season and surely fancied their chances of continuing that streak against a Wolves side who were bottom of the league.

However, goals from Doyle and George Elokobi secured a 2-1 win over the eventual league champions.

The result wasn't taken too well by those on the opposing side, with Ryan Giggs even drawing the boot on the Irishman late in the game.

I was arsing around at a throw-in. There was a few minutes left in the game and I was falling down on the ground.

I remember dribbling away with the ball, the ref had blown his whistle and you know you dribble for a second for a bit of time wasting, and Ryan Giggs just pulling on me with a kick, literally just swiping me out of it!

I'd like to see a video of it. It should have been a straight red card but it was just pure frustration for him.

It (the unbeaten streak) was building for a long time and they were talking about, then here's Wolves, they're close to the bottom of the league and taking the piss against us.

I had never seen Ryan Giggs do that, I had played against him lots of times. That frustration really came out, a few of their players towards the end of the game were getting really pissed off.

It had been going on for so long and then we come along, we're full of beans with a few minutes to go. I think they were probably happy that it ended because they had been talking about it for a good while at this stage.

Despite being bottom in early February, Wolves would go on to stay in the Premier League that season by securing a 17th-placed finish. 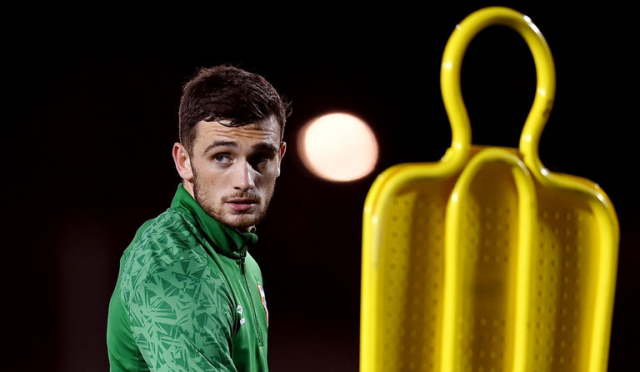 Football
4 months ago
By Gary Connaughton
Kevin Doyle Is Happy With Strides Football Is Taking In Dealing With Head Injuries
Football
7 months ago
By Balls Team
Here's The Last Irish Football International From Every County In The Country
Podcasts
7 months ago
By Paul Moore
“It’s Time We Moved On From That” – Kevin Doyle On The Big Change He Wants To See Under Kenny
Popular on Balls
Football
9 hours ago
By Gary Connaughton
Watch: Ireland's Ademipo Odubeko Scores Stunning Hat-Trick For West Ham U23s