We live in an era when very few of us can really attest to supporting an actual Premier League team anymore, not really!

We've been reduced to cheering on players from clubs we despise and hoping our traditional affiliates take a 4-0 first-half lead, just to drop two goals late and torpedo any clean sheet points your mini-league rivals might glean from having the classic David De Gea and Luke Shaw double at the back.

The conflicting emotions leave many of us drained.

For followers of Everton, nobody epitomises the love/hate relationship that you can have with a fantasy asset more than Richarlison.

The Brazilian has been an absolute must in any dream team worth its salt over the past two seasons, given his fairly thrifty pricing and a glut of goals. When Marco Silva earmarked the 21-year-old as his number one target when he took the reins at Goodison Park at the start of the season, the perceived move up in level made the former Watford striker top Fantasy totty.

In that realm, he hasn't disappointed. With 114 points, he rates the fifth best midfielder in the game currently for points return in relation to price. 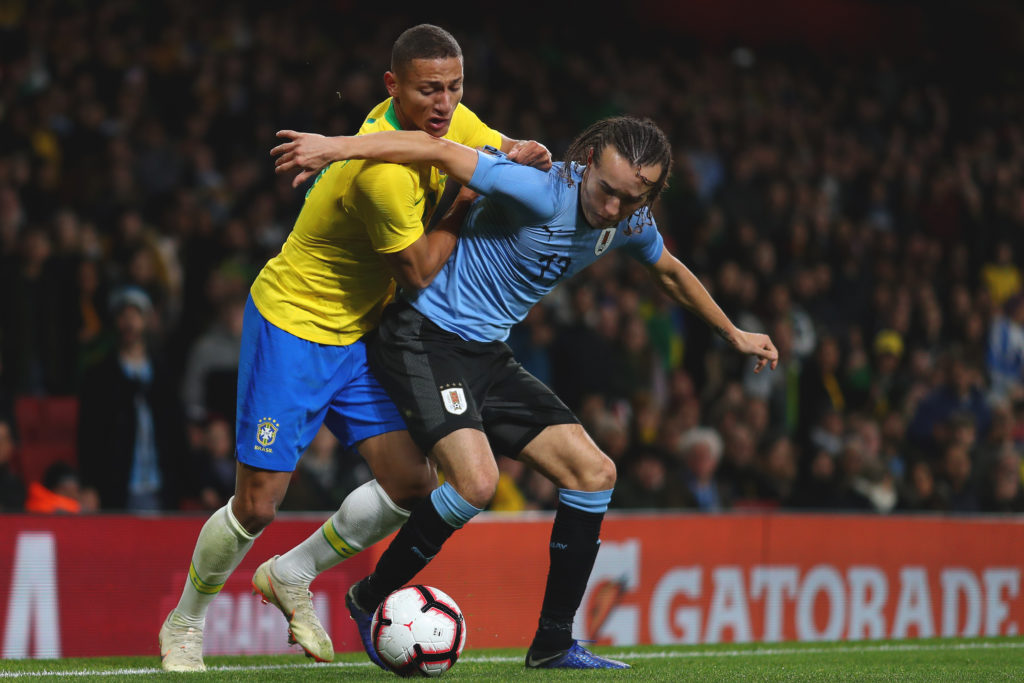 But whilst his 22.7% ownership label him as a fantasy gem, Everton's indifferent form since the turn of the year has seen many of the Gladys Street End label him a 'useless bastard', with himself and other star-turns Gylfi Sigurdsson and Lucas Digne fingered for the most vehement ire.

That hasn't stopped big vultures in the likes of Chelsea and Paris Saint Germain circling, hoping that any potential unrest on Merseyside may result in them picking up a youngster who has bagged ten goals in this campaign and, let's not forget, cost the Toffees a cool £50 million seven months ago, for a knockdown price.

Reports suggest that both the Londoners and the Parisiens may be put off spending such sums on a player that will most likely be a reserve, but the Mail trumpets an interest from Atletico Madrid this afternoon, claiming the La Liga giants would not be deterred in spending big money for a player they can feel can go straight into their first team.

Whilst it might take a while for Everton fans to rue letting him go, fantasy managers will feel the pain of a Richarlison defection a lot sooner.

And we've had enough defections for one week.