The untimely death of Cyrille Regis last month aroused a huge response from those for whom his life had set an example young footballers could follow.

Similar to Bob Dylan's endorsement of Johnny Cash upon his death in 2003, Regis resembled Dylan's idea of Cash as "the North Star; you could guide your ship by him."

The unfortunate reality of course was that to become a pioneering figure, Regis had to overcome the expectations of what a black man could be in the hardened, racially insensitive world of top flight English football in the 1970s and '80s.

Subjected to the kind of abuse that the majority of us could scarcely imagine, those who spoke so warmly of his conduct and behaviour in response to such provocation gave the impression that an obvious degree of progress had been made, but equality in its plainest sense still appeared at some remove.

Troy Townsend spoke to Balls regarding the continued presence of racism within English football. The Education Manager for 'Kick It Out' concluded that, although "a massive amount of work has been done over the last twenty-five years, I don't think in this country we can rest on our laurels." 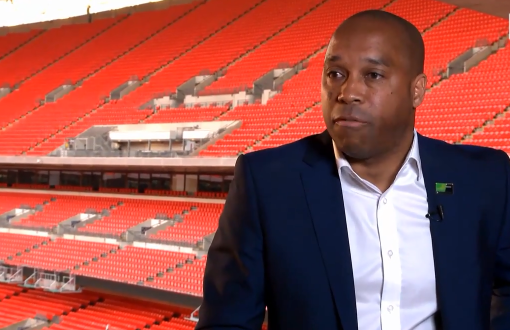 Townsend is better placed than most to understand the difficulties with racism and discrimination that English football still must conquer.

With 'Kick It Out', Townsend's role sees him working with a range of footballers, across all age brackets, informing their awareness and developing positive attitudes toward the question of discrimination.

Not without it's challenges, Townsend can see the progress being made first-hand:

There is so much education now being delivered into the footballing system, you know, the work we do within the academy structure and also in the professional structure about awareness.

In terms of you know, the historical racism that was around previously; bananas being thrown on pitches, monkey chants, all being labelled at the first generation of black players that were entering the league and were kind of like new, and unique, and were targeted because of that.

[Due to the greater mix of players now] I don’t think we suffer too much in terms of the culture between fans and players. Yes, we do have incidents and those incidents are dealt with, but, it’s a situation where I don’t believe we can afford to say we have conquered racism in this country, because for me, it would be wrong to say that and I think it would possibly send out the wrong message.

Such evidence that that the problem is not quite conquered just yet has unfortunately come via a number of incidents - some public, others less so - that have occurred this season alone.

In a recent report released by 'Kick It Out' charting the number of reported incidents of discrimination and racism received at the mid-point of this 2017/18 season, it was perhaps with some surprise that a 59% increase on last year's figures was recorded.

Spanning the wide expanse of football in England generally, the professional game had seen an astonishing increase of 75% compared to the same point in 2017 - the Premier League accounting for 49% of these 131 incidents reported.

Conclusive proof of the necessity in supporting groups such as 'Kick It Out', the figures, high though they indeed are, nonetheless bear out Townsend's arguement that players and fans alike are now more aware than ever of how to act efficiently in the face of discriminatory behaviour. 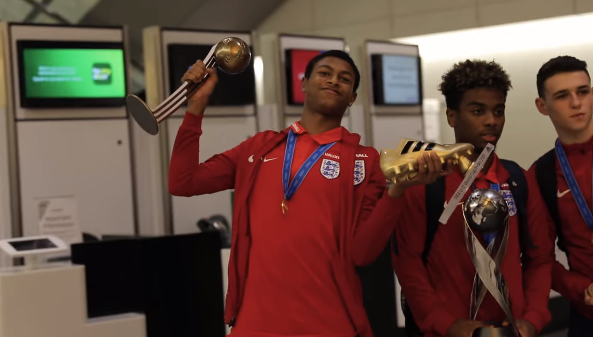 The extent of the issue still facing English football was perhaps encapsulated best in late December.

Fresh from his golden-boot role in England's U-17 World Cup-winning side, Liverpool's Rhian Brewster spoke to The Guardian of his experiences with racism thus far.

Having yet to make his professional debut, the 17-year-old Brewster could recount to Daniel Taylor seven individual situations where he had experienced racism first-hand.

A despairing tale from one still finding his feet in the game, such effects are being felt in a slightly different way for those black and ethnic minority players at the other end of the playing spectrum.

It was 56% representation Black & Minority Ethnicity (BME) on the pitch, but when you turn to the bench, there wasn't one.

The inclusion and development of BME players into coaching roles within football is an issue 'Kick It Out' and Townsend take very seriously.

However, starting from such a low-point, it is not a quick-fix; a reality that will not be pleasing to everyone involved:

I think [in England] we are the leaders in terms of tackling discrimination, and obviously racism is high on that agenda, but also in terms of trying to promote and escalate coaches of minority backgrounds that are deemed underrepresented within this field.

You look to places likes France and Spain and Italy, where is the representation there in terms of the upper echelons of the professional game? You don’t see that either, and unless you’ve been a player of some kind of reputation, look at Clarence Seedorf at Deportivo la Coruna, the chances aren't there.

I don’t think it matters where you are in the world, it seems like there is this disparity around black and ethnic minority coaches and I think we have to try and identify why that is, why are they not trusted or why they feel they are not going through the process and coming out the other end and wanting to manage at the top level of the game.

Although the "wind of change" is evident, Townsend preaches patience:

It’s more patience than anything else [that we need], and that’s not an easy thing to say to someone that may be on the ladder already and doesn’t want to be patient, but, unfortunately that’s the nature of the game as we see it at the moment. 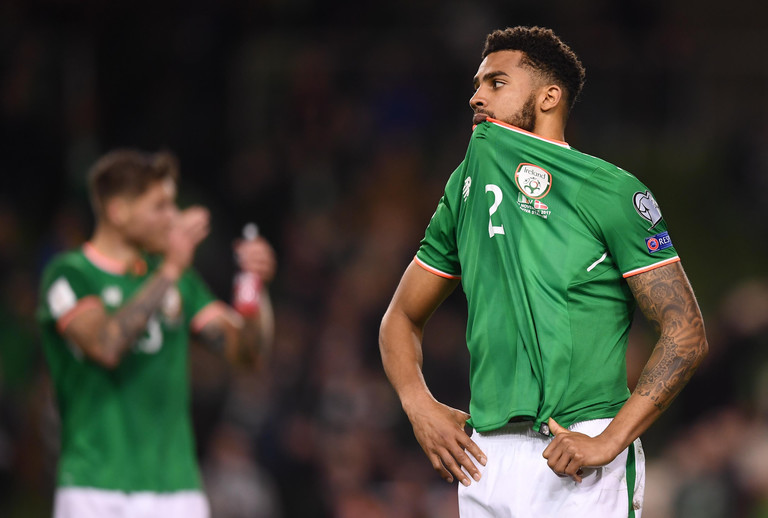 Rarely an issue that we find ourselves confronted with in Irish sport, last year's World Cup playoff defeat to Denmark did spark a response from certain supporters that put to rest any notion however that racism and discrimination were completely absent.

Questions were asked when it became apparent that Cyrus Christie, "a black man representing his country", was the victim of racist abuse on Twitter in lieu of Ireland's heavy defeat.

Although Townsend is hardly surprised by such behaviour toward footballers, it does not make it any more palatable:

It happened to Cyrus but I could probably tell you another 10, 15, 20 stories where players have been victimised on the platform, because people feel quite brave talking about the colour of one’s skin behind a keyboard.

So, it’s not unusual for us to see situations like that and, like I say, it’s a difficult one because people who abuse on social media, all they are doing is driving away their heroes as such away from the platforms.

Players get criticised quite a lot for not engaging with fans and the game is as far away as it ever has been from the normal fan … but then when you read the kind of Tweets that were leveled at Cyrus just for representing his country by the way, and being a black man representing his country, you kind of then realise why players don’t engage unfortunately.

Social media platforms really need to take control of what is happening [because] it’s out and out racism.

The astounding irony of the situation, and the fickle, senseless kind of  conviction that underpins it, is of course the reality that when playing well, or contributing in a positive manner, these players who are so readily 'othered' are as likely to be embraced, lauded and loved:

In England now, the state of the country is unclear. Ever since Brexit I think there’s been this ownership thing about the country now, people want to reclaim England from whoever shouldn’t be living here in England and I think that’s the way the mentality of the some people has turned.

And what’s happened there is that yes, you can be a hero one minute as long as you’re doing something positive for the football club or the country, but the minute you are deemed to have let them down, for whatever reason that may be, the abuse is there probably before you’ve even come off the football pitch.

If I was to scroll through and send you over some of the hatred that we see on social media aimed at players who are not even communicating to, it’s ridiculous.

With so much good work done, and many more problems yet to solve, with individuals like Townsend and organisations like 'Kick It Out', one suspects that although racism and discrimination may never be eradicated completely, there are people willing to improve the state of football one step at a time.

For this, they deserve enormous credit.