Celtic and Scotland full-back Kieran Tierney's rise has seen the 20-year-old linked to various English clubs in recent weeks. However, it has now emerged Atletico Madrid are interested and planning on attending Celtic's Scottish Cup Final this weekend to follow up on the matter.

BBC Scotland are reporting that Tierney is seen as a replacement for Filipe Luis as he continues to suffer with injury problems. Tierney does have a contract until 2023 but representatives from the club are expected to travel to Scotland this weekend before finalising an offer. 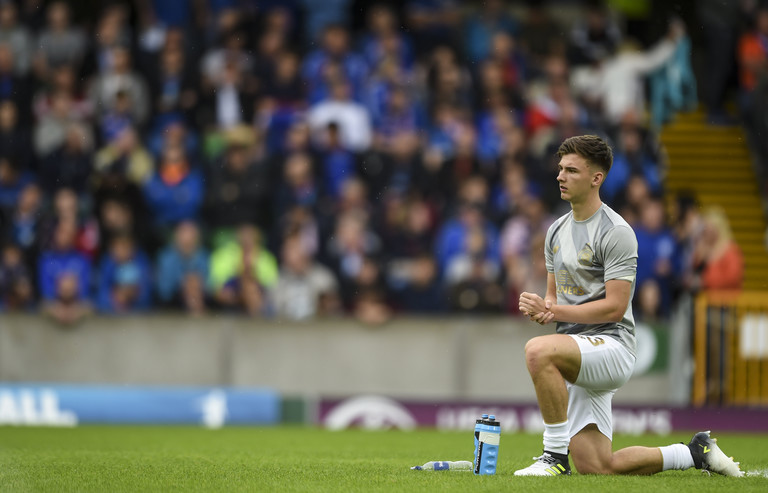 Tierney was awarded the PFA Scotland Young Player of the Year award for a third season running as Brendan Rogers side strolled to yet another league title.

For the Spanish club, their immediate concentration is on the field as Atletico are in the Europa League final tonight against Marseille. The club could have a considerable transfer budget this summer with Antoine Griezmann looking increasingly likely to join Barcelona.

Football
1 month ago
By Eoin Harrington
Atletico Move For Man Utd Forward May Add Spice To Champions League Tie
Football
1 month ago
By Gary Connaughton
Watch: Two Players Sent Off Amid Ugly Scenes In Porto-Atletico Thriller
Football
2 months ago
By Eoin Harrington
Jurgen Klopp Threw A Subtle Dig At Atletico's Tactics In Champions League Tie
Popular on Balls
Rugby
3 days ago
By Colman Stanley
Keith Earls Shares Story That Captures Andy Farrell's Decency
Football
2 days ago
By PJ Browne
'If He Continues With Performances And Goals Like That, Stephen Kenny Will See It'
Football
1 day ago
By Gary Connaughton
Portsmouth Likely To Retain Gavin Bazunu This Month Despite Championship Interest
Football
2 days ago
By Eoin Harrington
Quiz: Name Every Player To Score In A Champions League Final