Emotions were running high at Elland Road last night where Leeds took on Liverpool in the shadow of the announcement of the new “Super League”. The concept has been met with disgust by all football fans, and Liverpool were in the firing line last night over their involvement – though manager Jurgen Klopp decided to ease the pressure by launching a bizarre attack on Sky pundit Gary Neville.

Sky were covering the game live on Monday Night Football, with Neville and former Liverpool player Jamie Carragher in studio pre-match discussing the ramifications of the Super League. Neville was in flying form, firing shots at club executives and questioning whether they understood or cared for their respective clubs’ histories.

Neville was also a pundit on Sky’s coverage of Man United v Burnley on Super Sunday, where he called out the “big six” clubs for similar issues and called for immediate sanctions.

"This is disowning your own club stuff." 🚮pic.twitter.com/Sy0gM6qdgm

Neville went on to question the meaning of Liverpool’s anthem, suggesting that the club’s owners had degraded the meaning of ‘You’ll Never Walk Alone’. Speaking to Sky after his teams 1-1 draw at Leeds, Klopp was asked about his thoughts on the Super League – but instead opened with a tirade about Neville’s comments.

“Gary Neville speaks about ‘You’ll Never Walk Alone’ – that, for me at least, should already be forbidden, to be honest. Because we have a lot of rights to sing that anthem and it’s our anthem and he doesn’t understand it anyway. So, I don’t want these kind of things because it’s unfair. I understand all the talks around and I don’t like it as well – but I don’t talk about other clubs now like this.

You can be emotional, but I would wish Gary Neville would be in a hotseat somewhere and not everywhere where the most money is. It was at Man United – would have been the most money there – did Sky buy the most money?

Don’t forget that we have nothing to do with it. We are in the same situation with you all, we got information and we have still to play football.”

It was a fairly bizarre and unprovoked choice for an emotional Klopp to attack Neville, when it is clear that they’re both opposed to the idea of a Super League. Klopp went on to say as much in his post-match press conference, saying he will “try to help sort this somehow” and stressing the importance of the relationship between Liverpool FC and its fans.

Gary Neville seemed a bit taken aback by Klopp's comments, but he also stressed the power that both Klopp and other "big six" managers like Ole Gunnar Solskjaer have to put an end to these plans. Jamie Carragher went on to speak powerfully on the potential for a major fallout in Liverpool if Klopp ultimately ends up leaving because of the proposals.

There remain plenty of questions about the Super League, but you’d have to say that petty arguments like those seen between Jurgen Klopp and Gary Neville on Sky last night aren’t likely to get us anywhere closer to putting an end to this farcical idea.

SEE ALSO: "This Peposterous Arrogance Is Not Wanted Anywhere In Football" - Everton Go In With Two Feet On Super League Clubs 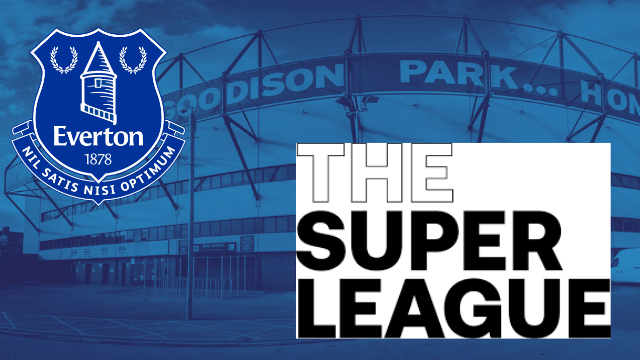 Football
6 days ago
By Donny Mahoney
Rio Ferdinand Explains Why He Called For Solskjaer To Be Sacked
Football
2 weeks ago
By Eoin Harrington
What Exactly Is The Role Of Football Pundits In The Social Media Age?
Football
2 weeks ago
By Jonathan Byrne
Gary Neville Slams Man Utd Media CEO Over 'Devastating' Podcast Appearance
Previous Next

Football
6 days ago
By Donny Mahoney
Rio Ferdinand Explains Why He Called For Solskjaer To Be Sacked
Football
2 weeks ago
By Eoin Harrington
What Exactly Is The Role Of Football Pundits In The Social Media Age?
Football
2 weeks ago
By Jonathan Byrne
Gary Neville Slams Man Utd Media CEO Over 'Devastating' Podcast Appearance
Popular on Balls
Football
1 day ago
By Gary Connaughton
Hargreaves Thinks United Are Overlooking The Obvious Candidate For Next Manager
Football
1 day ago
By Gary Connaughton
Roy Keane Once Tipped Off Ronan O'Gara About Oncoming All Blacks Onslaught
Football
12 hours ago
By Gary Connaughton
Frank Lampard Has Weighed In On That Old Gerrard & Scholes Debate
Football
14 hours ago
By Eoin Harrington
Just Who Is Ralf Rangnick And Why Did Manchester United Want Him?