Klopp Not Buying 'Everything Is Fine Again' After Champions League Win

Liverpool picked up their first win in four games as they came out 2-0 winners over RB Leipzig in Budapest.

The Reds put their poor run of form behind them to get a step closer to qualifying for the quarter-finals of the Champions League. Klopp, having spent over a decade managing in the Bundesliga, was well aware of the threat of Leipzig.

"I know Leipzig pretty well and I know how dominant they can be football wise, how overwhelming they can be in a game from a physical point of view. We forced them to make mistakes with a good formation. I'm happy with the performance."

It was a big game in particular for Alisson. It was his first clean sheet since the January 17th stalemate with Manchester United. The Brazilian goalkeeper will want to forget some of his last few games, but Klopp said now it'll be different.

He had big moments in the Leicester game, brilliant saves, and that's how it is. I can imagine Ali will sleep really well on the plane. He helped us a lot.

Post-match, Klopp was asked what the game showed for the mentality of the players and their ability to bounce back. While he was complimentary of the performance, he wasn't going to get carried away.

"We are not children anymore," he said.

"So that we now think, ok, we won that game, and everything is fine again? For me it's much more important that we played good football. I understand and respect that 100% no one is happy with the results, that is clear."

Despite the big win for the Reds away from home, many of the post-match questions focused in on Liverpool returning to form and their almost underdog status going into the game. Klopp had mentioned the lack of belief in the team before the game, but didn't read too much into it afterwards.

"I didn't say it with a strange tongue. I think people expected us to slip tonight. I don't believe in motivation too much in this kind of manner.

"They all want us to do bad and we show them. We won't have enough contact with the outside world to really know how much people want us to fail."

Nonetheless, a comfortable away win for Liverpool puts them in pole position to secure a quarter-final spot in the next leg. It's a Merseyside Derby meeting for the Reds next on Saturday. 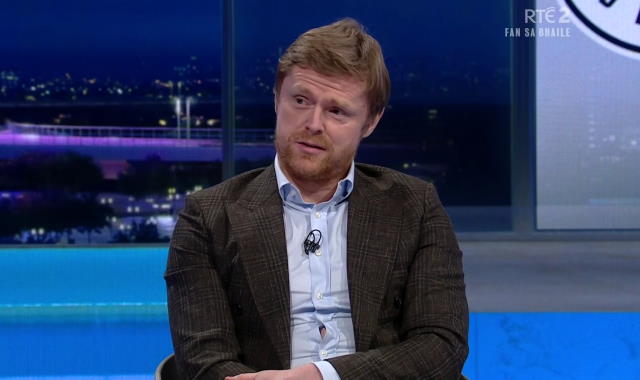 Football
1 day ago
By Colman Stanley
Deja Vu For Chelsea As Liverpool Win The FA Cup On Penalties
Football
2 days ago
By Luke Delaney
How To Watch The FA Cup Final: TV Info, Kickoff Time, Team News
Football
3 days ago
By Gary Connaughton
Liverpool Man Recalls Teammate's Hilarious Effort To Stop Champions League Medal Robbery
Popular on Balls
Rugby
1 day ago
By Colman Stanley
'I Think Munster Softened Them Up For Us': Sexton Not Carried Away After Clincial Leinster Win
GAA
2 days ago
By PJ Browne
Mayo's Padraig O'Hora Using Football To Promote His Real Passion
Rugby
16 hours ago
By Colman Stanley
'That Pace, That Intensity, That Organisation' All Black Legend Has High Praise For Leinster
The Rewind
1 day ago
By Eoin Harrington
Watch: Brilliant Dermot Morgan Dublin Segment From 'The Travel Show' Resurfaces