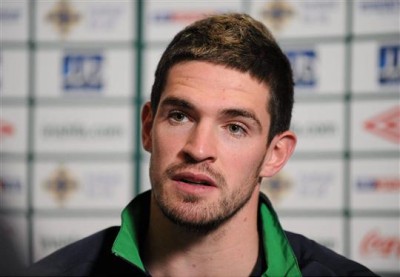 Lafferty looks to be on his way to Norwich next season and the Palermo president has been wonderfully frank about the reasons they are letting him go. He also gave Lafferty the title of any future tell-all autobiography the striker may wish to write.

He is an out-of-control womaniser, an Irishman without rules. He is someone who disappears for a week and goes on the hunt for women in Milan.

He has two families with six children, he never trains, he's completely off the rails. On the field, he's a great player because he's given us everything he had and more.

In terms of his behaviour, however, he is uncontrollable. My coach told me he cannot sort thiss player out, so he has to go.