Derrick Williams did not move to Ireland until he was seven-years-old, but his first memories of playing football came when he first arrived in the country of his mother's birth.

Perhaps this is why, despite being eligible to play for Germany where he was born, or the United States, where his father is from, he chose green.

On May 28 2018, he made his senior debut for Martin O'Neill's Republic of Ireland in a 2-0 defeat to France at the Stade de France.

This week it was reported that Williams will return to the States where he spent some of his youth. The defender is set to follow in the footsteps of compatriot Robbie Keane and sign with LA Galaxy. 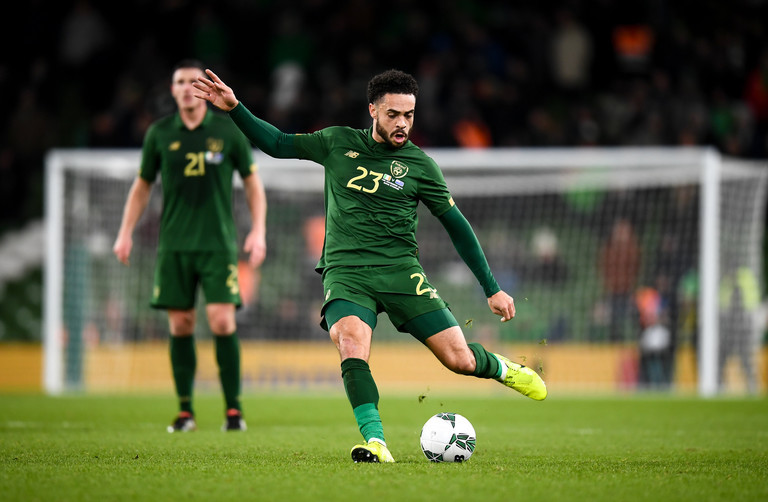 The 28-year-old has enjoyed a varied career, stretching back to his teenage years.

Williams first attracted interest from the UK while playing domestically for Tramore AFC and Waterford. Manchester United came knocking, but in the end, Williams opted to sign a contract with Aston Villa in 2009.

While at Villa, he got to know Richard Dunne, who was then a staple in the Irish international set-up.

Speaking to the Irish Independent in 2011, Williams said, "I just try to watch and learn from [Dunne] because he's what I want to be playing like when I'm old. He's definitely a role model for me because I play in the same position".

Williams made appearances for Noel King's Republic of Ireland under-19s during his stint at Aston Villa, most notably during the 2011 European under-19 Championship. He featured in three of Ireland's four fixtures during a respectable showing at the tournament.

Explaining his decision to leave his first club years later, Williams said that he "just wanted to play games and try make a name for myself. I thought it was time to leave".

Indeed, Williams had a significant impact at Bristol, scoring his first senior professional goal during his inaugural season at Ashton Gate.

Williams maintained his starting position throughout his Bristol career, and earned promotion to the Championship in the 2014/15 season. The side recorded 16 consecutive wins earlier in the season, en route to claiming the League One title.

Williams had to wait, however, until his move to Blackburn Rovers before he was afforded a look in at the senior international set-up.

It's no wonder O'Neill and Roy Keane took an interest, given his record at the Lancashire club. Williams was named as player of the season after his first campaign in the North-West. Williams did not hesitate in settling into the side, and made 37 appearances that year.

Williams made his home debut in an Ireland shirt on 14 November 2019, lining out against New Zealand in an international friendly at Lansdowne Road.

Ireland were trailing 1-0 going into the half-time break when Robbie Brady's out-swinging corner was met by the forehead of Williams. It was a centre-back's header: the ball was launched into the net, drawing Ireland level and giving Williams his first international goal. Ireland would win the match 3-1.

"I was delighted, it was my first time playing here as well, so to top it off with a goal, it was unbelievable. It's a memory that will stick with me forever," he said of the goal after the match.

What Williams' touted move to LA Galaxy means for his international career is unclear. The 28-year-old, already realistically considered a fringe player, is currently struggling with an injury that rules him out of Ireland's upcoming World Cup qualifier against Serbia later this month.

Stephen Kenny has included Williams in previous squads. A move to the MLS may the defender a chance to reinvent himself in a new league and adapt to a new style of play. Whether that will be enough to attract the attention of the Ireland boss remains to be seen.

SEE ALSO: 9 Photos That Prove Brian Kerr Was Ireland's Most Stylish Man Of The 1990s 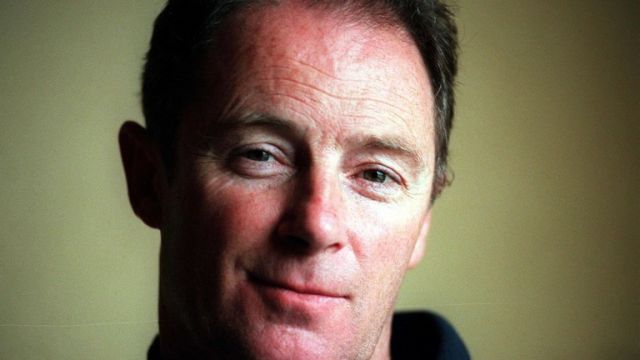