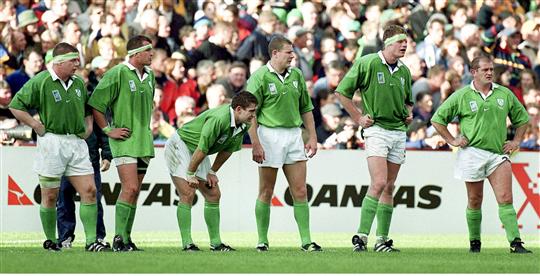 This weekend is undoubtedly one of the biggest in Irish sporting history.

Joe and the boys have the opportunity to give themselves a real stab at reaching the World Cup semi finals by beating France, whilst Martin and Roy will be hoping to pick something up from two tricky fixtures against the Germans and Poland.

Everyone up and down the country is optimistic that come Monday we'll have succeeded on both fronts. However, the last time we faced similar circumstances things did not go according to plan.

It's October 1999, Eiffel 65 top the charts with their floor-filler, Blue (Da Ba Dee), and Irish sports fans are in fine spirits with the nation proudly being represented in both the Rugby World Cup and Euro 2000 qualifiers.

Thanks to a 30 yard free kick winner from none other than Steve Staunton against Malta, Ireland headed into their final qualifier against Macedonia needing a win.

Group leaders Yugoslavia faced a tough game away to Croatia who needed a win themselves to stand any chance of qualifying.

A strong travelling support did their best to help by forcing the Macedonian team out of their hotel the night before the match, which was widely considered to be their biggest since USA 94'.

The sneaky tactics were clearly effective as Mick McCarthy's men took the lead when Niall Quinn scored one of the ugliest goals imaginable twenty minutes in putting us 1-0 up.

Ireland held the lead for the entire game and news of a draw in Zagreb meant that we'd be heading straight to France. Three allocated minutes of stoppage time elapsed and we looked home and hosed until the referee decided to award a controversial corner.

Cue the inevitable. The Macedonian's crowded the box, still raging over their lack of sleep, and Goran Stavrevski rose highest to thunder a header into the top corner as if his life depended on it.

The result left us in second place, a point behind Yugoslavia. We ended up drawing a tricky tie against Turkey in the playoff's and our Euro 00' hopes were taken away via the away goals rule.

The entire country woke the following day still mourning and most likely drunk from the night before.

Whilst many of us felt the need to grieve, we instead dusted ourselves down and focussed our energy on the crucial Rugby World Cup game against Australia.

Similarly to France on Sunday, Australia were the other outstanding team in our pool, and the clash would determine who would get the easier route to the semi's.

The Wallabies were the tournament favourites and boasted a dangerous team but we had home field advantage in Lansdowne Road where we fancied our chances against anyone.

The opening half was a tight affair and we trailed 6-0 off two penalties going into the break. We needed a massive second half but we were still in contention. We didn't get it.

The only side who showed up in the second half were the Aussies, who cut us to shreds with two tries from Ben Tune and Tim Horan and the score finished up 23-3. 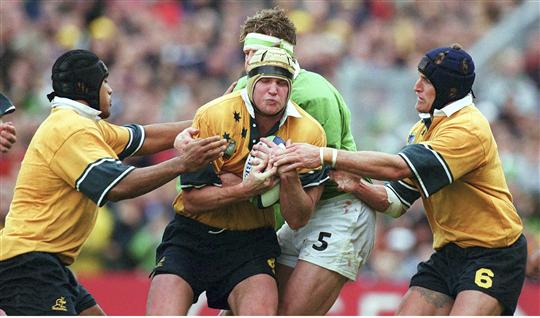 The tournament operated under different rules back then so we had to face Argentina in a play off for the quarters 10 days later in France. Just like the football lads we came close but were eliminated after losing 28-24.

What was potentially a glorious weekend for Irish sport couldn't have ended worse and we were left licking our wounds until 2002 when we qualified for the World Cup in Japan and South Korea.

We have waited 16 years for another weekend like this in Irish sport, let's just hope this time we have valid excuse not to show up to work on Monday.