The vultures are encircling at Old Trafford and, despite what noises come from up high that Ole Gunnar Solskjaer's job is safe, it feels more and more like the Norwegian's time in charge of Man United is nearing its end.

Despite a dramatic turnaround against Atalanta in the Champions League on Wednesday night, it was another questionable performance from Solskjaer's men, who had to come back from behind yet again.

Despite Champions League triumph, Solskjaer looks to be in trouble

There are few pundits who would claim that Solskjaer has not at least steadied the ship at Man United. The squad he inherited was one filled with disharmony, after José Mourinho's "Special One" antics had torn any semblance of a feel-good factor away.

The Man United squad appears an altogether happier one than the one Solskjaer inherited in December 2018, and he moved definitively to remove what United fans defined as "deadwood" - the likes of Ashley Young, Matteo Darmian, and the infamous Marouane 'hail-Mary' Fellaini.

Last season saw the team finish second in the league, an improvement of four positions from Solskjaer's first season. They also reached a major final under his reign for the first time, but it may be that that Europa League final defeat may ultimately be seen as the turning point of his tenure, rather than their league finish.

It was a game that would have showed genuine progress under the Norwegian but instead, in the biggest game of his time in charge, he got his tactics badly wrong and failed to break down a good - but not great - Villarreal side.

And then, despite signing the might of Cristiano Ronaldo, Jadon Sancho, and Raphael Varane, Solskjaer's United put in arguably an even worse performance in this year's Champions League group stage against the same Villarreal team - though this time they were lucky enough to snatch a late win.

Despite all the ups-and-downs throughout his tenure, Ole Gunnar Solskjaer has consistently retained the support of the majority of Man United's fans. There has been some vocal discontent, but fans could be heard singing "Ole's at the Wheel" in the crowd.

That changed on Wednesday night. A shocking first-half defensive performance saw Atalanta fire 2-0 ahead at the break, and the Old Trafford crowd booed off Solskjaer's team - something last seen when Marouane Fellaini was brought on as a sub against Arsenal in 2018.

Boos can be heard as the players head off for half-time...#MUNATA #MUFC #UCL pic.twitter.com/DXNPF6GjET

This was a night when Solskjaer's job was on the line. Five points off the pace in the Premier League after only eight games, and fighting for their place in the Champions League knockouts, this was a must-win. Many pundits have had their say on Solskjaer in recent days - and he even made a rather barbed comment towards Jamie Carragher in the buildup to the Atalanta game.

The first-half performance did not suggest that this was a team that understood how much was riding on this game.

The back-four of Wan-Bissaka, Maguire, Lindelof, and Shaw has been Solskjaer's favoured defensive lineup since the beginning of the 2019-20 season, and so they are the best-versed in the manager's defensive coaching. Given all that, Atalanta's first goal was not the best endorsement of the Norwegian and his coaching team's ability to set up a team defensively.

Similarly, Atalanta's second goal came from a corner, with Merih Demiral effectively unchallenged in the air. In case you missed it, Man United hired a new set-piece coach in the summer.

Credit where it is due. Solskjaer's team fought back with energy in the second-half, and the returning Marcus Rashford looked in lightning form - even if it took him five goes to finally find the net. David de Gea was again excellent, while Harry Maguire and Cristiano Ronaldo popped up with crucial late goals to seal a dramatic 3-2 comeback win.

But the result papered over the cracks for Solskjaer. This was another example of his team having to fight back from a mess of their own making. The likes of Manchester City are smashing teams week-in-week-out, while Liverpool are grinding out wins against the likes of Spanish champions Atletico Madrid.

The Norwegian has been known for digging out results just when his job is on the line. Maybe that will be the case again. But, with Liverpool coming on Sunday, it may be the case that Solskjaer is not in the clear at Man United just yet. 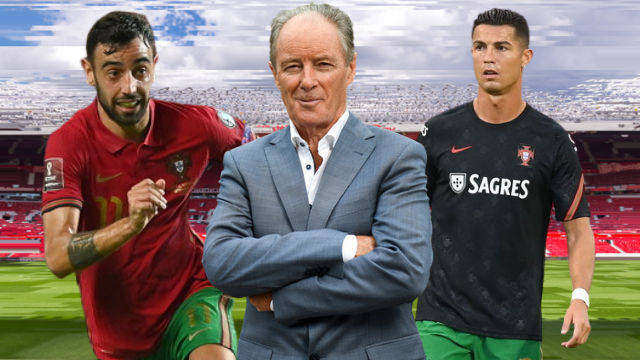