With only six games remaining and a single point separating Dundalk and Cork City, things are starting to heat up in the League of Ireland title race.  Competitiveness is ingrained into the league with six title races in the past 15 years having gone to the final day of the season. Balls looks back at the closest finishes in recent memory.

How times have changed for the two North Dublin clubs. While recently major silverware has been hard to come-by, 15 years ago they were undoubtedly the best teams in the country.  The previous season witnessed Dermot Keely's, Shelbourne, win their first ever domestic double. Bohemians replicated Shels success as they too added both the league title and FAI Cup to their cabinet in 2000/01 under the guidance of Roddy Collins.

On the final day of the season Shelbourne welcomed Cork to Tolka Park knowing a win would result in a second successive league trophy.  However, they let it slip which resulted in Bohemians supporters travelling back from Kilkenny as champions for the first time since 1978. 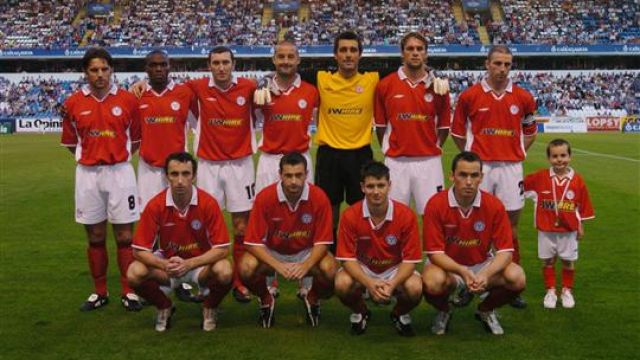 Possibly the greatest Shelbourne team ever assembled - consisting of Jason Byrne, Owen Heary, Joey N'Do and Wes Hoolohan to name a few. Having recovered from the heartache against Deportivo la Coruna in the Champions League qualifiers, the Reds stumbled across the line to add their twelfth league title to the collection.

Three points separated Shels and Cork going into the final day.  The Rebels failed to win against Bohemians in Turners Cross, thus, gifting the honours to Pat Fenlon's side.

A League of Ireland title race rarely gets more dramatic than the final day of the 2005 season. Derry sat top of the table knowing a point away to Cork would be enough to win it for them. The stage was set, the stands were full and the shed was rocking.  It had the ingredients of a famous night in Turners Cross. Words fail to do it justice.

For the third consecutive year, the League of Ireland would be decided on the final game of the season. Having let the lead slip the previous season, Derry were determined to learn from their mistakes. Both clubs were tied on 59 points each - while Shels had the superior goal difference.

Despite Derry's best efforts, it would be further heartbreak for the Candystripes. A Shelbourne victory against Bohemians secured what would turn out to be the Reds last league title win to date. (as they were relegated the following year for financial irregularities.)

Going into the penultimate day of the season, Bohs knew what they had to do to secure yet more silverware under Pat Fenlon - get six points from a possible six. A 3-2 loss to Galway gave Rovers an opportunity to go top following their 2-0 victory against Drogheda.

It was all on the line by the final match. Bragging rights. Silverware. Financial security. All Bohs could do was win and keep their fingers crossed that Bray would do them a favour.  The final whistle blew in Dalymount Park as supporters and players waited for the Rovers result....2-2.  Michael O'Neill successfully guided the Hoops to their first league trophy since 1994. 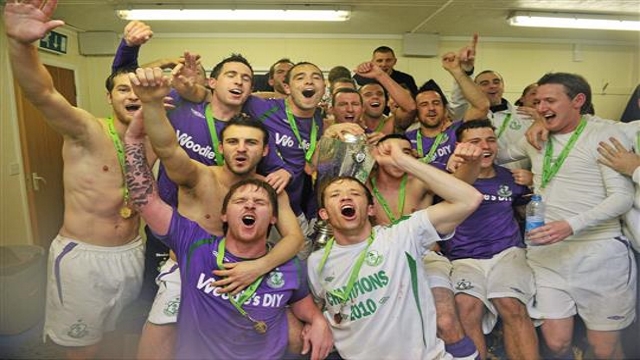 Familiar foes at this stage. Cork traveled to Oriel Park needing just a point to deny Stephen Kenny of a league title. In previous years both clubs struggled with finances so to think they were now competing at the highest level was quite remarkable.

While the game itself didn't quite live up to the billing, Dundalk comfortably beat the Leesiders to win their first League of Ireland title in 19 years.

Two years on and very little still separates Dundalk and Cork - two undeniably wonderful football teams who are a credit to the domestic game. Whether or not, Cork can remove the unwanted 'nearly men' tag remains to be seen as they attempt to win their first League of Ireland title in over a decade.

Football
1 day ago
By Jonathan Byrne
'Quite Frankly, You're In The Drop Zone!' - RTÉ Chief Defends LOI Coverage
Football
3 days ago
By Andrew Dempsey
Bohs v Derry City Last Night Was Beautiful Madness
Football
1 week ago
By John Dodge
All 30 Men Who Have Played In The League Of Ireland And Gone To The World Cup
Popular on Balls
Golf
45 minutes ago
By Jonathan Byrne
Sky's Ryder Cup Holograms Are Freaking People Out
GAA
1 hour ago
By Donny Mahoney
Much Has Changed Since Jack O'Connor Last Managed Kerry
Golf
2 hours ago
By Jonathan Byrne
Bryson DeChambeau Hit One Of The Most Audacious Drives In Ryder Cup History
Golf
3 hours ago
By Eoin Harrington
Shane Lowry Made A Brilliant Start To His First Ryder Cup Round