We at Balls.ie have an appreciation for characters of sport who improve the experience of those who watch them. Lee Trundle is one of those characters.

For years the Liverpool-born striker lit-up the lower leagues of professional football with dazzling skills and sublime goals, but he never got the chance to strut his stuff of the biggest stage.

From an Irish perspective, at the height of Trundle-mania circa 2005, there were calls for him to be included in several of Brian Kerr's squads as he qualified through his grandparents, but the selection never came.

None the less, we felt it was time to publicise our love for a Swansea legend, and one hell of an entertaining player. 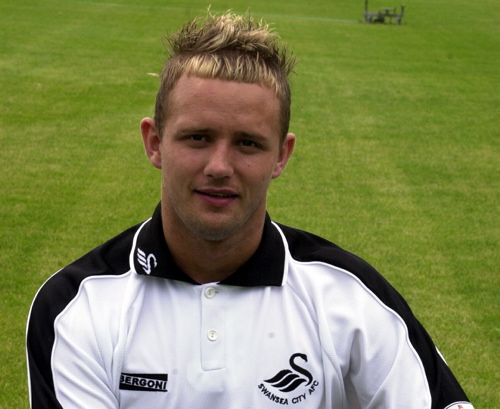 In his heyday, Trundle was instantly recognisable by his awful/amazing hair, which was almost as flashy as his skills on the ball.

An everyman, he didn't start his professional career until the age of 24.

So there is still hope for some of us! Trundle had to wait for his chance by working his way up through the non-leagues before Wrexham eventually took a punt on him, and Lee didn't look back.

He clocked up some milage in his playing days. 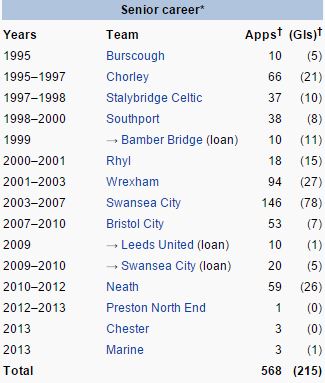 But he got goals everywhere he went.

He was never afraid to show off his skills.

This footage of an amateur indoor five-a-side in his youth is evidence that he never lacked confidence.

...even when it was totally unnecessary.

The shoulder-roll is now iconic and represents the days when Soccer AM was good.

He had a knack for spectacular goals.

When you need a goal in the Johnstone's Paint Trophy final, Lee Trundle is your man.

It was more than a knack really.

How many lower-league players can say they have a 6 minute highlight video called "Magic Man"?

Not many. Lee can.

He endeared himself to Swansea fans by regularly taking the piss out of Cardiff. 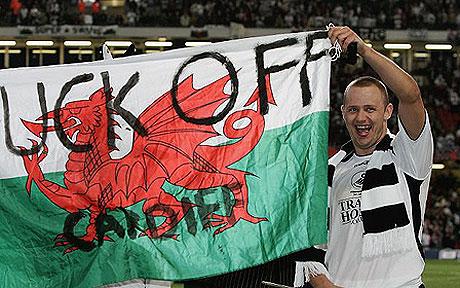 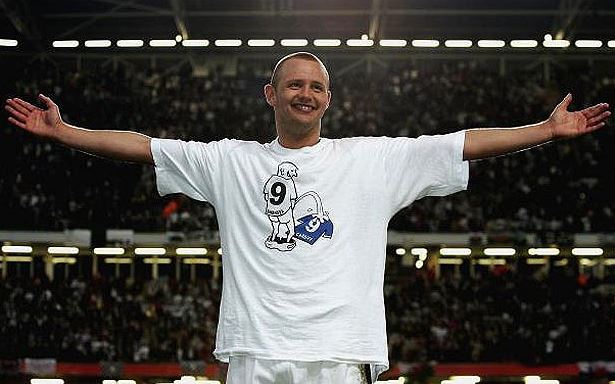 The man's nickname was 'Magic Daps'. 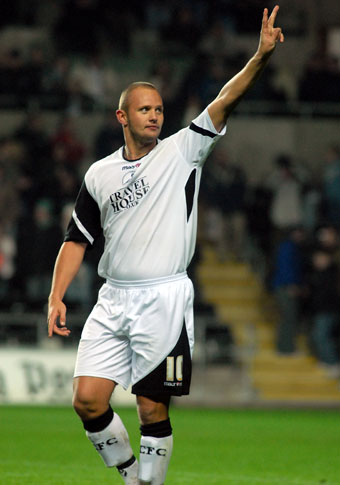