During today's FA Cup win for Leeds United over Spurs, the ESPN cameras showed this Leeds fan with his whole head tattooed. 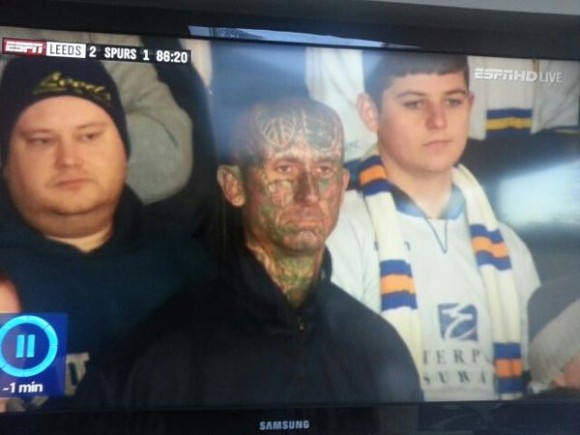 He doesn't very happy at the thought of his side knocking out Premiership opposition, does he?  He looks slightly happier in this video (presumably uploaded by a mate) showing off his Leeds and England tattoos.