With the Republic of Ireland well and truly beaten at Wembley, our attention turned last night to two of our neighbours and their dramatic quests to qualify for Euro 2020. Scotland and Northern Ireland both went to extra time in their respective playoffs. The North, with 1000 fans at Windsor Park, equalised with three minutes remaining against Slovakia, while Scotland conceded an equaliser in Serbia after leading for most of the game. It appeared momentum was going one way, but in the end, the opposite happened. Northern Ireland conceded late in in extra-time, while the Scots, looking dead on their feet, held on for penalties, where David Marhsall saved the deciding penalty from Aleksandar Mitrovic.

There was an incredible outpouring of emotion from the Scotland players, qualifying for a tournament for the first time since 1998. It was in stark contrast to the scene in Belfast where Slovakia had once against thwarted an Irish challenge.

Celtic striker Leigh Griffiths, who was brought on with a couple of minutes of extra time to go, scored the first penalty of the game, and was obviously still excited when he eventually got back to his phone. On Twitter, he retweeted a comment showing a picture of Northern Ireland's Kyle Lafferty, upset after the defeat. 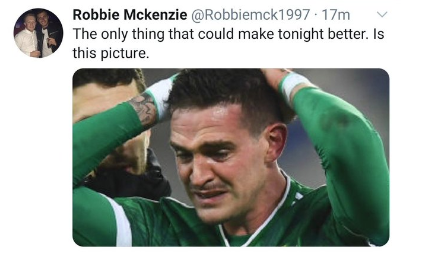 The choice of Northern Ireland player, former Rangers striker Lafferty, is unfortunate. Sadly, Lafferty's sister Sonia, who was 41, passed away just a week ago. In a statement, the current Reggina player said, "Sonia was my number one fan and every day she said how proud I made her but all along I was the proud brother. Not only have I lost a sister but a best friend."

After a huge amount of criticism for Griffiths on social media from Rangers fans, the Celtic man has responded on his Instagram Stories, claiming his retweet had nothing to do with Lafferty's personal situation, and apologised to the Northern Ireland player for the "misunderstanding." 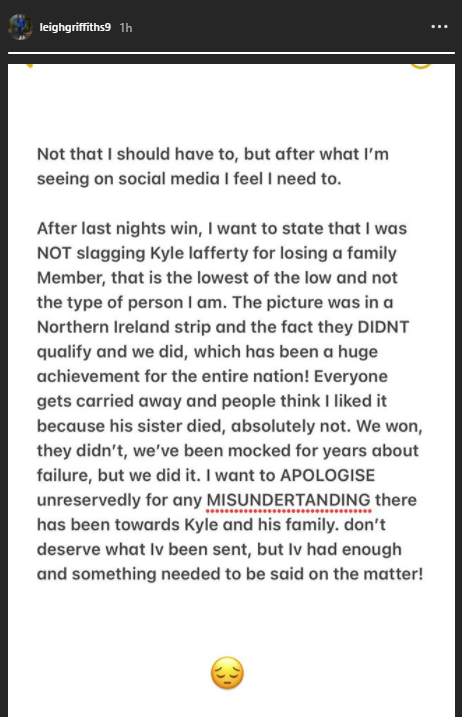 Deleted the tweet, as I think it may have annoyed a couple people. Didn’t know his sister had passed. But again it was nothing to do with that was purely football. 👍🏻

It's nearly two years since Leigh Griffiths took a break from football to deal with mental health issues. Since his return, he's been the subject of criticism from fans and pundits for his supposed lack of fitness and bad behaviour.

SEE ALSO: 'I Could Have Played Tonight': Roy Keane's Damning Assessment Of Ireland's Loss To England 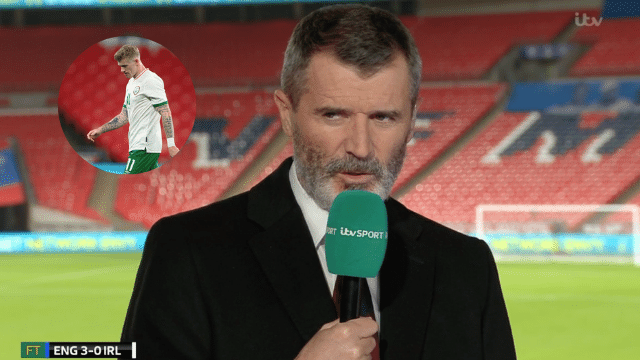 Football
3 weeks ago
By Gary Connaughton
The Influence Of The Irish: International Football Clubs Who Owe Their Heritage To Ireland
Previous Next