Lewis Hamilton confirmed on Friday that he is a part of a bid fronted by Martin Broughton to buy Chelsea football club.

The seven times Formula One world champion confirmed the rumours were true during Friday's press conferences at the Emilia-Romagna Grand Prix, and that he would be joining the bid alongside Serena Williams.

He shared an epic title battle with Max Verstappen last year - and the Dutchman couldn't resist a dig at Hamilton over the proposed bid ahead of this weekend's race.

Lewis Hamilton to bid for Chelsea ownership despite Arsenal fandom

The clamour to sell Chelsea in the wake of sanctions against Roman Abramovich continues to gather pace. Former Liverpool chairman Martin Broughton is one of those plotting a mega bid - and he has received financial backing from the likes of Lewis Hamilton and Serena Williams.

Hamilton has reportedly pledged up to £10 million to the takeover bid.

Speaking ahead of this weekend's F1 race at Imola, Hamilton's rival Max Verstappen questioned the move from Hamilton, pointing out that Hamilton is an Arsenal fan. In an interview with PA, Verstappen said:

I am a PSV fan and I would never buy Ajax. And if I were going to buy a football club I would want to be the full owner and to take the decisions myself, not just own a tiny percentage.

I thought he was an Arsenal fan, no?

If you are an Arsenal fan going for Chelsea, that is quite interesting. But everyone does what they want with their money so let's see what comes out of it.

The dynamic of an Arsenal fan being a part-owner of Chelsea would certainly be an unusual one. The London rivals clashed this week in the Premier League, with the Gunners triumphing 4-2 at Stamford Bridge thanks to a masterclass from their young attacking players.

Hamilton has indeed claimed to be an Arsenal fan on several occasions in the past.

In 2015, he appeared in a retro Arsenal jersey alongside club legend Thierry Henry in a feature for Sky Sports. He has also attended Arsenal games at the Emirates Stadium in the past.

It certainly seems a strange call for a supposed Arsenal fan to invest so heavily in a direct rival.

Hamilton acknowledged his fandom of Arsenal in Friday's press conferences at the Emilia-Romagna Grand Prix, saying that he had jumped between supporting different Premier League teams during his childhood.

Speaking about where his footballing allegiances lay, Hamilton said:

When I was young, around the corner from where I lived, I used to play football with all the kids.

I really wanted to fit in. I was the only kid of colour there but I knew that the kids all supported someone different - one was Tottenham, one was Man U.

I remember switching between these teams when I was younger and getting home and my sister punched me several times in the arm, basically beat me saying 'you have to support Arsenal!'

I remember at five or six years old I then became a supporter of Arsenal, but my uncle Terry is a big Blues fan, so I've been to so many games with him to watch Arsenal and Chelsea play.

🗣 "I started supporting Arsenal when I was five."

Throwback to 2015 when Lewis Hamilton represented Arsenal during a five-a-side tournament against Thierry Henry pic.twitter.com/5Ku3Sj9Gaw

There's a long way to go before the Chelsea ownership situation is sorted out, but the image of an Arsenal-supporting F1 world champion being part of the new ownership structure is certainly a strange one. 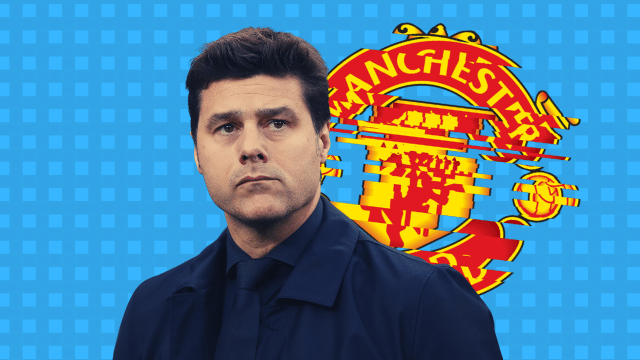