"Well You Can Stick It Up Your Ass!" - Liam Brady On What Inspired Him To Seek A Career In Italy

Back in 1980, Liam Brady decided to leave Arsenal in probably the most impressive Irish transfer of all time. A cult hero at Arsenal, where he had come through the academy and starred since he was a teenager, Brady pushed for a move away from the club, joining Italian giants Juventus. He moved to Serie A at a time when it was by far the best league in world football. He certainly didn't struggle.

Liam Brady, as fans will remember, was one of the darling heroes of the book Fever Pitch, the famous account of Arsenal super fandom/obsession by Nick Hornby.

The subject of a chapter all to himself, he was idolised by Hornby, who attributed to him the kind of visionary intelligence that is prized in "middle class culture." Hornby compared Brady, and by extension all midfielders of that ilk, to shamanistic Italian filmmakers. Quite unlike many other footballers and especially unlike the notably inarticulate hero of the North Bank in the early '70s, Mr. Charlie George.

The Liam Brady chapter centred around his departure from Highbury in 1980. Brady won the PFA Player of the Year in 1979 and Hornby spent the 79/80 season fretting about the non-stop rumours of his departure. When he eventually toddled off to Italy, Hornby regarded it as a disaster akin to the collapse of a long-term relationship.

He batted away thoughts that Brady left Arsenal for the money.

The Nottingham Forest game, a sleepy nil-nil draw on a sleepy, grey, Bank Holiday Monday, was Brady’s last at Highbury; he had decided that his future lay abroad, in Italy, and he was gone for several years...

Some said that money was at the heart of it, and that if Arsenal had stumped up more he would have stayed, but I preferred not to believe them.

I preferred to believe that it was the promise of Italy itself, its culture and style, that had lured him away, and that the parochial pleasures of Hertfordshire or Essex or wherever he lived had inevitably begun to fill him with an existential ennui.

What I knew most of all was that he didn’t want to leave us all, that he was torn, that he loved us as much as we loved him and that one day he would come back.

Well, Brady was interviewed by his pal Eamon Dunphy on 'The Stand' last year (Listen here) when he spoke about his career in playing and management.

Brady became the first Irish international to play in Italy since Paddy Sloan, an Armagh born winger who'd played for AC Milan, Udinese and Brescia in the late 1940s and early 1950s.

Dunphy asked Brady what inspired him to go abroad. According to Brady, the spectacle of Kevin Keegan thriving on the continent with Hamburg was a big factor. But also the fact that Brady's pay packet remained fairly modest at Highbury, six years after he'd broken into the first team.

At that time, Kevin Keegan had gone to Hamburg. He had won Bundesligas with Hamburg. They were a top team. And Keegan was a big, big personality in English football.

There was a huge amount of publicity about him going. They followed him there and they showed his lifestyle.

It sounds ridiculous now, but I was earning £200 a week. And there were other players who'd been brought in - I won't mention names - who were earning three times that.

But I got it in my mind, because of Keegan, that I'd try my luck abroad...  Juventus would have paid me ten times what I was paid in England.

Brady initially assumed Germany would be the destination. He was all lined up to go to Bayern Munich. He met with Director of Football Uli Hoeness in a hotel in London. He was all set for Bavaria when the move was scuppered for mysterious reasons.

The mystery was solved a few years later. Brady was playing at Inter Milan alongside Karl Heinz Rummenige and told the German striker they could have been linking up years earlier in Germany.

Rummenige revealed to Brady that the Munich players were all aware of the haggling and that Paul Breitner, Bayern Munich and Germany's left back, wanted to reinvent himself as a central midfielder and rightly saw Brady's arrival as a threat to this plan. He lobbied successively against the move and subsequently transformed himself into a midfielder for Munich and Germany, playing there in the 1982 World Cup final.

Dunphy pointed out that the vast majority of English players who played in Italy in the early 1960s couldn't tolerate the monkish lifestyle the clubs imposed on their players. But Brady observed that the atmosphere had lightened by the time he arrived in Italy.

Brady played for four different clubs in seven seasons in Italy, most famously at Juventus between 1980 and 82. He won two League titles in two seasons. He was top scorer from midfield in his first season in 1980-81, albeit this was achieved with a relatively modest tally (for a top scorer) of eight goals. This was Serie A after all. And they were managed by Giovanni Trapattoni.

In Brady's estimation, his form wasn't as hot in his second season. But Juve won the League again, with Brady converting a late penalty against Piacenza.

As avid followers of football docs may be aware, Brady had already been informed that he wouldn't be in Turin next season. Juventus's spectacularly wealthy owner, the Italian institution that is Gianni Agnelli, saw Michel Platini playing for France and decided he must have him. This mightn't have been fatal but for the fact that Italian football had restrictions on the number of foreign players allowed per club. Brady had to make way. Regardless of the fact that Juve were set for a second title in a row.

It was three games from the end of the League that this news broke in the newspapers. They have five soccer newspapers and they knew everything that was going on. They get leaked information.

Trapattoni was the manager then. I got a phone call from someone who said "they're going to sign Platini". And I said "No, no, no..." But you put the phone down and go "I wonder..." So  I went to see Trap after training that morning. And he said "no, no, no..." but I knew that he was telling me lies. I could see by his face. He was in a difficult position.

I went back home after training and I got a call to go back into the club. And Bonipierti (club administrator and ex-player), in typical Italian fashion, said to me, 'broken-hearted but... we've made this decision. If we could keep you we would... It's a ridiculous rule that you're only allowed one or two foreigners.'

And then I said "well, you can stick it up your ass". And he said, "no, we're playing for the title, we've three games to go!! You must be professional!"

And I said "no, I'm not playing for you anymore." And there was murder. And he got people to go around to my house and talk me around. And I was only winding him up. I was never going to not play because I had too much respect for the guys I was playing with.

And then on the final day, with Juventus needing a win, they were awarded a penalty very late on.

By the way, in his resolutely anti-Juventus history of Italian football, John Foot recorded the penalty call as extremely dodgy, and exactly the type of decision which led rival fans to believe the Old Lady were favoured by referees.

As Foot always wrote in the book, "in Italy, useless effort is frowned upon."

Thus, the Juventus faithful held their breath. Logic dictated that there was a reasonable chance Brady would miss on purpose. When they slotted the ball home, they were overcome with gratitude. Scoring the penalty was remembered as this magnificent selfless gesture.

Brady moved onto Sampdoria, who'd just been promoted from Serie B, and were being powered by the oil magnate Paolo Montanvani. The same season Brady arrived, they bought Trevor Francis from Manchester City.

This was a few years before Sampdoria reached their zenith. They'd win Serie A in 1990-91 and reached the European Cup final the following year, losing 1-0 to a Ronald Koeman free kick against Barcelona in Wembley.

But they made great strides in Brady's two seasons, finishing seventh and sixth in successive years. As ever a large proportion of Brady's goals were penalties.

In 1984, he moved on again to then underachieving glamour boys at Inter Milan. In his first season, they finished third and made it all the way to the UEFA Cup semi-finals, where they were beaten by winners Real Madrid. Brady slotted a penalty in the tie.

Brady's spell at Inter just preceded Giovanni Trapattoni's arrival in Milan. Trap would lead them to their only post-1960s Scudetto of the 20th century in 1988-89.

Brady's final season, usually included as a footnote, was at the small club of Ascoli, who'd been promoted the season before. Brady helped the central Italian club to 12th in the League in 1986-87.

The following year, he was back in London, though not in Highbury as Nick Hornby had hoped, but in West Ham. 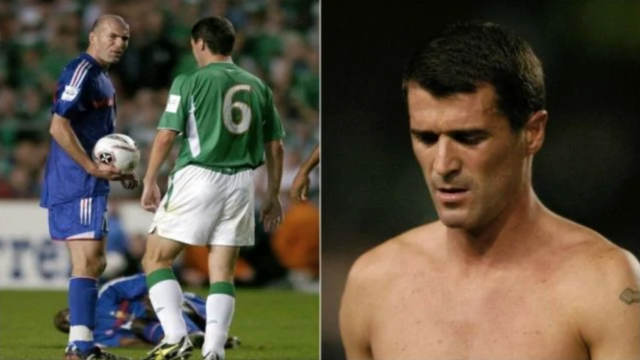 Football
3 weeks ago
By Sean Meehan
Remembering The Wonderful Scrap Between Rino Gattuso And Joe Jordan
Football
3 weeks ago
By Balls Team
Here's The Last Irish Football International From Every County In The Country
Irish Life
3 weeks ago
By Balls Team
12 Of The Greatest Pieces Of Commentary In Irish Sport
Popular on Balls
Basketball
6 hours ago
By Eoin Harrington
Kieran Donaghy And Tralee Warriors Claim National Basketball Cup Title In Tallaght
Rugby
7 hours ago
By Colman Stanley
Michael Lowry Backs Up Farrell's Faith In Him With Superb Display For Ulster
Rugby
10 hours ago
By Colman Stanley
Jimmy O'Brien Announced His Arrival On The Biggest Stage This Afternoon
GAA
10 hours ago
By Eoin Harrington
Watch: Outrageous Score Helps Ardscoil Rís To Dr Harty Cup Victory