Ireland may not be taking part in this year's tournament, but with yesterday marking the 33rd anniversary of a famous win over England, many people have reminiscing our past exploits in the tournament.

Both the 1988 and 2016 tournaments provided some fond memories for Ireland supporters, although the less said about the 2012 edition the better.

Damien Duff and Liam Brady were on punditry duties on RTÉ yesterday, with both men asked for their favourite Euros memories.

While Brady never played in the Euros, he did travel with the Ireland squad to the tournament in 1988. It was here that he was given an 'impossible' task by Jack Charlton after that victory over England.

I played in all eight qualifying games to get there. I got sent off in the last game against Bulgaria and I got a four game ban, reduced to two. I thought I might be able to play, but then I got a cruciate ligament injury that ruled me out.

Jack said to me 'come with the team' and it was great. We played really, really well.

After the England game, Jack said to me in the hotel 'Liam get the lads to bed at about 12 o'clock'.

I said 'Jack, I can do things but not the impossible!'

Duff enjoyed that tournament immensely, although it's fair to say he was probably in a more jovial mood for the 2016 edition.

Unfortunately, the same couldn't be said of 2012:

In 1988, while I'm sure the guys do recognise the impact they had on children of my age, they inspired a nation and made me fall in love with football even more if that was possible.

It gave me the dreams of wanting to play for Ireland, so that was 88.

Then you have 2016, I was probably drunk watching every game. In 2012, fans would probably say I was drunk playing the games!

It's a real mixed bag of emotions.

Here's hoping we're not waiting too much longer for more major tournament memories. 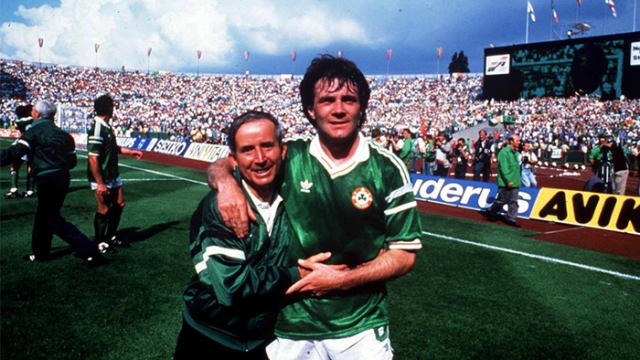