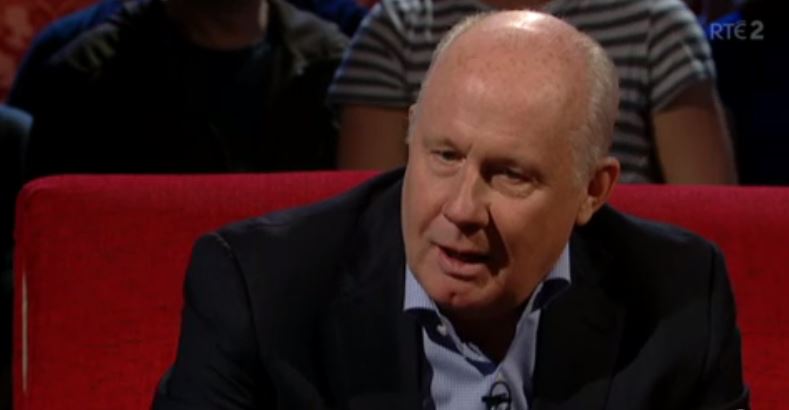 One of Ireland's most brilliant, and most fascinating, footballers, Mr. Liam Brady, appeared on Second Captains last Wednesday night.

Brady spoke about being idolised by the author of Fever Pitch. He discussed leaving England during his prime to join Juventus, in the process becoming by the most successful Irish player on the continent and Serie A's most successful import from a UK club in the whole of the 1980s and 90s.

And he touched on his love of Bob Dylan. Kieran Cunningham deployed photographic evidence to support this last point.

But most intriguingly of all, he brought up the story which Eamon Dunphy mentioned on the early days of the Second Captains podcast - that Brady was expelled from school for opting to play for the Irish international U15s, of which he was captain, instead of playing Gaelic football for his school St. Aidan's in a challenge match against St. Jarlath's.

I was a pretty good Gaelic player and we had a good Gaelic school, St Aidan's CBS in Whitehall and we had this challenge match against a Galway team, was it St. Jarlath's? Nothing on it, it was just a challenge match. But, I had been picked to play for Ireland as an U15 and captain the team in Wales. And the head brother told me that if I missed the match against St. Jarlath's, don't come back to the school.

Outraged at the Christian Brothers ultimatum, Brady's father went to the press to expose it.

Aidan O'Hara tweeted the Evening Herald article in question, from 1971, three years before Brady made his international debut against the Soviet Union.

Brady also discussed the end of his international career. He played every match of Ireland's successful Euro 88 qualifying campaign, and was particularly brilliant in Ireland's 2-0 win over Bulgaria in the final group game. It was believed it was all in vein but it turned out not to be. Read more about here.