'They Don't Like To See That We, As A Black Man, An Irish Man, Are Educated'

He has watched the gradual declension of British society. A society that is becoming more fractured, more divided.

The former Irish youth international was an English-born kid who opted for Ireland. He went on to enjoy twelve years as a professional footballer and is based in Luton now, where he sees a distressing trend spreading across the nation. 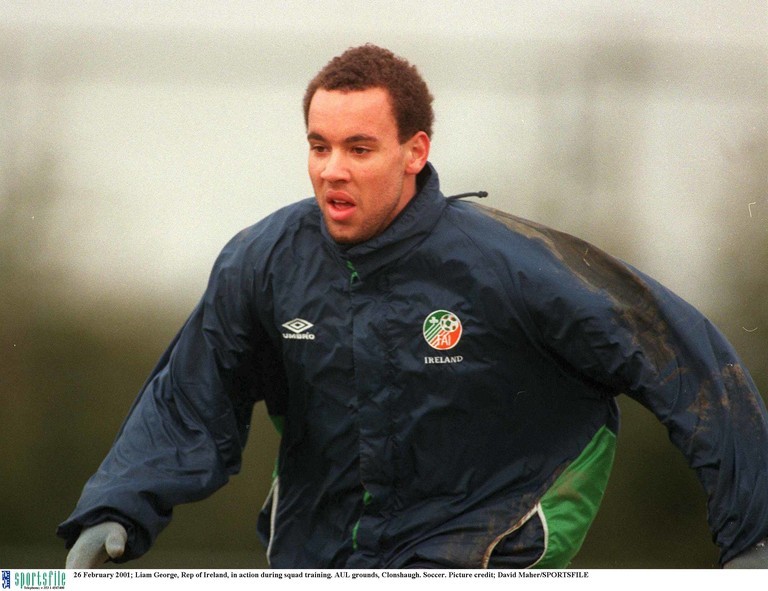 Last week, Republic of Ireland international James McClean hit out at the football authorities for their lack of action to the abuse he has received in England.

"They are a bunch of cowards the footballing authorities, a bunch of hypocrites. Sterling is this and that, a hero and getting awards. What I get week-in, week-out, compared to what he’s got one week, one game? For the last seven, eight years there hasn’t been a word," the Derryman declared.

"Don’t be a hypocrite, do it for whatever kind. Racism, sectarianism it is all the same, discrimination. Back up the talk."

George keeps a keen eye on McClean. As far as he's concerned, this is a bigger problem than sport. The Irish international is merely the victim of an increasingly angry body lashing out at anything different.

There is polarisation as a whole across the board. The only reason the Raheem Sterling thing came to the fore was because of a couple of incidents where people were caught allegedly giving him racist abuse from the crowd. The guy said he didn’t say it, but that blew it up. Then he explained the difference the difference between how black players are spoken about as opposed to white players.

The whole of Britain is struggling with identity. There is a lot of anger. I think if I was to give my true opinion, what really is happening now is that middle, white England is looking for people to pick on.

What McClean and Sterling represent is change. In an increasingly chaotic world, certainty is available in the creation of an 'us and them.' An imagined community is unravelling and scrambling to save the unsavable. They target those that are different, as outlets more than anything else.

"That white, middle to working class England group, however you want to term it, there is a group so disenfranchised and so angry about not being identified as important anymore because it's such a diverse country. They are almost lost and lashing out in all different directions." 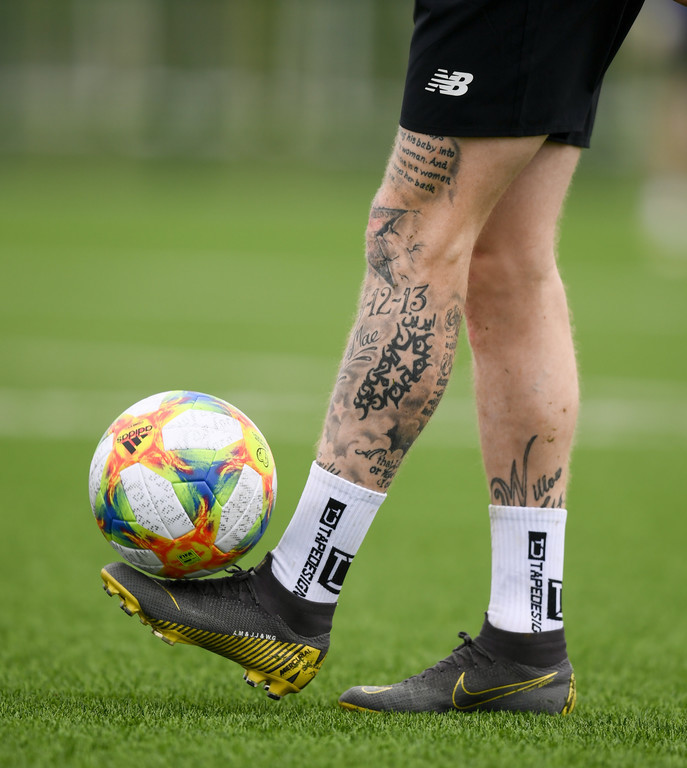 It's five years since James McClean penned an open letter to Wigan chairman Dave Whelan articulating his reasoning for not wearing a commemorative poppy on Remembrance Sunday. Liam George read that letter with great interest.

In an ideal world, the core message would land. Britain is far from the ideal. Instead, it instigated. The mere sight of McClean provoked vitriolic reactions. There is a significant reason for that.

He's proud. He's proud of his culture. He doesn’t conform.  That was well- thought out, well informed. It wasn't derogatory to anyone else. He explained why he won’t support something that will celebrate the British army. It outlined the fundamental issue and the impact it had on his life, his city and his family.

It’s the same as Sterling’s, it was an educated statement. The sentiment was well-thought, supported and with evidence. They don’t like that. That’s a problem. They don’t like to see we, as an Irish man as a Black man, are educated and can counter an argument.

George sees discrimination wrapped in the deceptive cloak of 'meaningful discourse.' In many ways, this is was than outright bigotry.

"Subtle forms of racism for me are worse than anything. I'd rather someone called me a black bastard because I know where I stand. But when they talk behind my back, undermine you and try to deny you an opportunity, that’s dangerous."

Now it's institutional. It's subconscious. It's cultural. 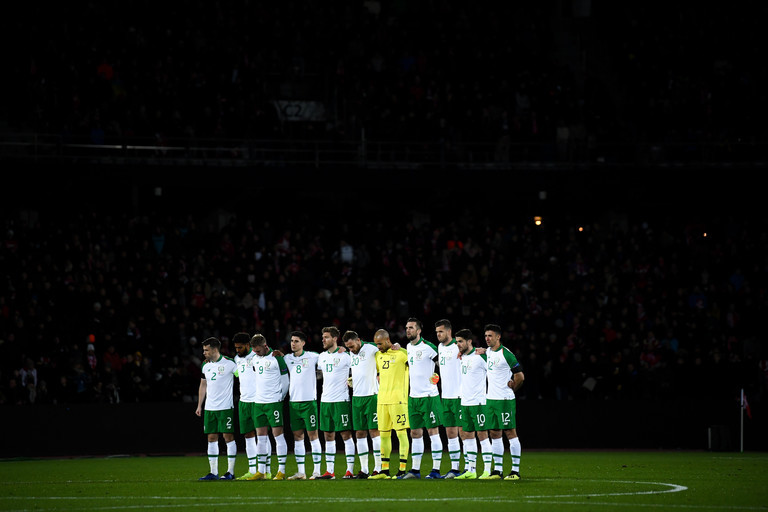 Last month, a series of high-profile players engaged in a 24-hour social-media blackout to stand up against abuse. Liam George received the message in several WhatsApp groups. He and former pros were asked to follow suit. George declined.

'T-shirts and Instagram captions.' The latest in a long list of tokenism that comes from a bid to be seen to do something rather than genuinely do so.

That was my question. Will that change society and cultures? Will these Tommy Robinson fans and the football fraternity see it? Will it change any of that?

He wants deterrents. Meaningful bans, point deductions. Zero tolerance for an attitude that should be intolerable.

During his midweek vent, McClean touched on the public support, or lack thereof, he's gotten from fellow pros. This is something George feels particularly passionate about. He speaks with concise clarity and conviction. Only by becoming a collective can things change.

We’ve got a real sweep under the carpet type approach. It’s not happening at my house. Longterm, it will come to your door. A lot of people don’t realise that it needs collective action, real action. Otherwise, we’re all in trouble. There will be a further backlash.

It can't get to a stage where the Irish say ‘I'm glad it's not me anymore.’ It doesn’t mean it’ll be right for the next man. We need to collectively get together to stop it happening to the next person. If we don’t stop it at the source, it’ll be somebody else who is bullied.

It's bigger than the sport, but football can take the lead. The beautiful game is supposed to be the great unifier. To dissolve divisions, not create them. It has to be better, it has to lead, it has to do the right thing.

It has to say enough.

SEE ALSO: 'Do You Want The God’s Honest Truth? They Are A Bunch Of Cowards'

Football
1 week ago
By Fiachra Gallagher
Leeds United in Ireland: A Decades-Long Love Affair
Football
1 month ago
By Balls Team
"Well You Can Stick It Up Your Ass!" - Liam Brady On What Inspired Him To Seek A Career In Italy
Previous Next

Football
5 days ago
By PJ Browne
Careers Of Cork Brother And Sister Are Beautifully Intertwined
Football
1 week ago
By Fiachra Gallagher
Leeds United in Ireland: A Decades-Long Love Affair
Football
1 month ago
By Balls Team
"Well You Can Stick It Up Your Ass!" - Liam Brady On What Inspired Him To Seek A Career In Italy
Popular on Balls
Football
7 hours ago
By Gary Connaughton
Sebastien Haller Breaks Remarkable Champions League Record Against Sporting
Football
1 day ago
By Jonathan Byrne
Ian Wright Heard Of Mother's Death During FA Cup Punditry Duties
Football
1 day ago
By Jonathan Byrne
How Leeds United Became Barcelona's Champions League Nightmare
GAA
18 hours ago
By PJ Browne
Thought Of Absent Brother Heightened Emotion In Graeme Mulcahy