Having turned down a senior call-up by text in March, Martin O'Neill says that it is incumbent on Liam Kelly to make himself available for selection if he wants to be included in future Republic of Ireland squads.

The 22-year-old Reading attacker, who has represented Ireland at under-19 and under-21 level, turned down an invite to join the Irish squad for last month's friendly with Turkey. O'Neill confirmed the news ahead of that friendly, saying that the English-born Kelly wanted to keep his options open. "I think he is wanting to keep his options open at this minute. Obviously he was born in England. That’s fine".

There was confusion after O'Neill loosed the news, however, with Kelly clarifying to the Reading Chronicle a couple of weeks later that he rejected the call-up for personal reasons, and remained open to representing Ireland. "It was a personal reason, it was nothing against Republic of Ireland. It had nothing to do with feeling English or Irish, it was a personal thing between me and my family which we thought was best".

Speaking to Balls today at the launch of the 2018 SportsDirect FAI Summer Soccer Schools, O'Neill confirmed that the ball is in Kelly's court now, and clarified his understanding of why Kelly turned down the chance to join the Irish squad.

It is up to him. There was a little bit of talk that came after I made the announcement, that there had been a bit of confusion. No, there wasn't.

The word that came across was that he wanted to keep his options open, in case England came calling. I have no problem with that, if that's the case.

I would have to say yes [it is up to him to make himself available].

March was the latest of several attempts O'Neill has made to include Kelly in the Irish squad. The Irish manager included Kelly in three provisional squads in 2017, only for Kelly to drop out thrice: once because of injury; once owing to Reading's appearance in the Championship playoff final and once because of O'Neill's trimming of the squad.

Elsewhere, O'Neill acknowledged Preston's Callum Robinson's desire to play for Ireland, although didn't say whether he will be involved in the squad for the upcoming friendlies with Celtic, France and the USA. Robinson, who can play in a wide range of attacking positions, declared his availability last month.

While O'Neill acknowledged Robinson's availability, he said little else.

Not only has he expressed it, he wants to come over and do it. Nice little footballer, was at Aston Villa as a kid and he's now lifting his game. Preston, remarkably, still have a chance to get into the playoffs, so I have to say well done to them because it's been a strange old season for them. 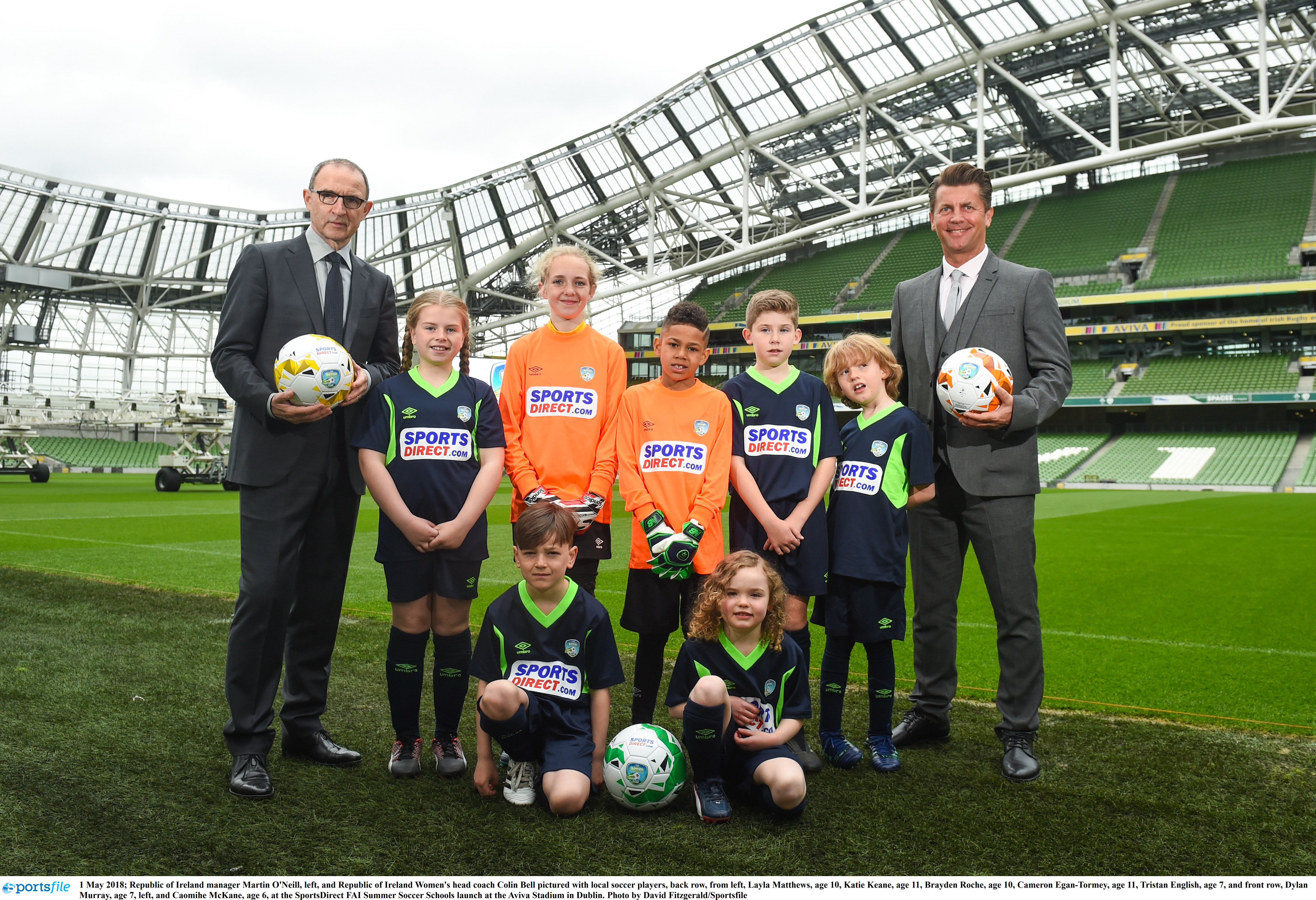 One player who won't be lining out under O'Neill is promising QPR winger Paul Smyth. The 20-year-old Belfast-native scored for Northern Ireland in last month's friendly with South Korea, although given that Smyth played Gaelic football and attended Republic games as a youth, there had been some hope that he would yet switch his allegiance.

That looks unlikely to happen now, as O'Neill says that he has never "chased" Smyth.

It's not a case of giving up on him. He's been there, Northern Ireland have brought him into the fold and treated him very well indeed. Nice little footballer. But I've never chased that. There is no point in me saying something to Michael O'Neill a while back and then doing exactly the opposite. I've never chased that player. He is perfectly content to be withNorthern Ireland.

Northern Ireland have picked him up, have treated him very well, and I think that goes a long way.

Martin O'Neill was speaking at the launch of the 2018 SportsDirect FAI Summer Soccer Schools. Bookings open now at www.summersoccerschools.ie