New Celtic recruit Liam Scales admits that he is relishing his crack at Scottish football after completing his move to Celtic Park prior to the transfer deadline.

Scales has enjoyed a rapid ascent in the last 18 months since joining Shamrock Rovers from UCD ahead of the 2020 season.

While at Tallaght Stadium, the former Ireland U21 international won a league title at the club. He was also part of the Rovers side that reached the FAI Cup final last season.

But the Co. Wicklow native has reached a whole new level of performance this season in the League of Ireland, earning himself a move to Glasgow.

And he is confident that he can make the most of his big move to one of European football's biggest clubs.

"I always followed Celtic in the European games when they were on TV," he said.

Apart from that it would have only been a more recent thing [when I started following Scottish football] because I know a few who play for clubs in Scotland.

Everyone knows about the European nights at Celtic Park. As a kid most Irish kids support one of Celtic, Liverpool or [Man] United. That's the dream and now I am close to fulfilling that.

If I can keep going at the current trajectory I think I have a chance.

Just days after completing his long-awaited move to Celtic, Scales was called up to the Ireland squad for the first time, capping off a manic few days for the former UCD defender.

It was a mad week signing for Celtic and then getting my first international call-up. It's been mental. They'll complement eachother.

Moving to Celtic is obviously a step up from Shamrock Rovers.

If I can get in the team here and play football I'm sure that will put me in the window for more international call-ups in the future.

My family are so proud as are all my friends. They're already getting onto me about going to games and getting tickets. It is big.

Celtic is a huge club and has a massive following in Ireland and a lot of my family and friends are just delighted that I am here.

Scales has certainly impressed in the League of Ireland, and he admits that it was the success at Tallaght Stadium that encouraged him to pursue a move to Ange Postecoglou's side.

💬 "This move to Celtic is a step up from where I was, but right now I’m fully-focused on the games coming up."

"In the last year or so at Shamrock Rovers I have been performing. We won the league last year and were top of the league this year.

I was playing every week and it was in my mind that I could take the step to the next level.

It was about waiting until the time was right and until the right move came up and once this came about it was a no-brainer.

But for now, however, his aim is to make his way into the Celtic starting XI ahead of a busy month for the Bhoys.

"I'm just going to focus as hard as I can to get into the team and be as good as I can be at training.

"As a player you want to get in as soon as you can but if the manager thinks I need time to get up to speed that's fair enough.

"I'm eager and young, I've always been like that where I've wanted to get thrown in at the deep end and see how I fare.

"It could go either way because it is up another level from where I was but I do feel like I have what it takes." 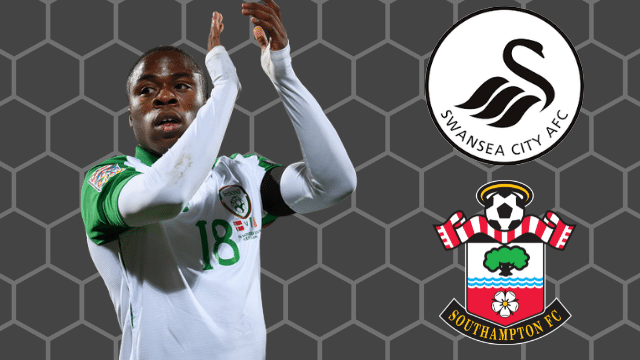 Football
1 month ago
By Balls Team
Celtic Manager Postecoglou Criticises Attacking Play In Livingston Defeat
Football
1 month ago
By Balls Team
Ange Postecoglou Sees ‘Good Signs’ For Celtic After Losing Betis Thriller
Football
3 months ago
By Gary Connaughton
Chris Sutton Has Sympathy For New Celtic Boss Ahead Of Champions League Qualifiers
Popular on Balls
GAA
14 hours ago
By PJ Browne
All-Star Keeper Manages Scotstown To Monaghan U15 Title
GAA
15 hours ago
By PJ Browne
'He Held The Room For 7 or 8 Minutes, There Wasn’t An Eyeball Off Him'