Lionel Messi was forced to deny a bizarre rumour that he paid bail money to secure the release of his former teammate, Ronaldinho, from a Paraguayan prison.

The Barcelona attacker posted on his Instagram that these rumours were false. Ronaldinho has been in prison in Paraguay since March 6, having been found to have entered the country with his brother with fake passports. They did this, despite the fact that Brazilian citizens do not need their passport to enter Paraguay.

This week, Ronaldinho and his brother's $1.6 million bail was posted, leading to a tearful goodbye barbecue between the 2002 World Cup winner and the inmate pals he left behind. Reports suggested that Messi was behind the bail, yet the Ballon D'Or holder swiftly took to social media to deny the rumours.

Also, in the same photo, Messi also denied reports that he is set to join Inter Milan, as he is free to leave Barcelona this summer due to a clause in his contract. 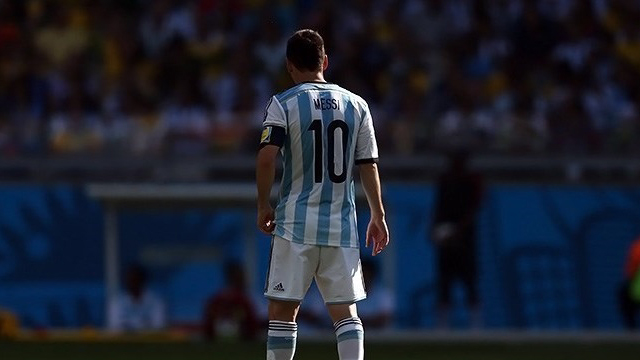 Messi posted 'Lie No. 1' over the report linking him to the Italian giants, before adding "What they said about Newell’s Old Boys a few weeks ago is also false, thank God no one believed them...". With this well-documented clause in his contract, Messi has been the subject of rumours regarding his future. Manchester City are another club monitoring the situation regarding Messi's future, a transfer that could potentially see Messi reunite with Pep Guardiola.

However, as of now, Messi, alongside the rest of the Barcelona squad, have agreed to a pay cut due to the ongoing situation regarding the coronavirus.

As for Ronaldinho, the former Barcelona winger cannot return to Brazil due to the terms of his bail. He is currently under house arrest in a four-star hotel in Asuncion, eagerly awaiting the details of a trial date.

We doubt Leo will be helping him with the legal fees.

SEE ALSO: Watch: The Amazing Journey Of Sadio Mane In New Documentary 'Made In Senegal'

Football
1 month ago
By Gary Connaughton
Here Are The Reasons Lionel Messi Is So Pissed Off With Barcelona
Football
8 months ago
By Michael McCarthy
Watch: Messi Wins Sixth Ballon D'Or As Liverpool Dominate The List
Football
8 months ago
By Maurice Brosnan
Messi Scores The Winner And Clashes With Brazil Coach And Captain
Popular on Balls
Football
6 hours ago
By Gary Connaughton
Juventus Vs Lyon Featured Two Of The Worst Penalty Calls You'll Ever See
35