The transfer market has taken on a life of its own over the past ten years. While it was once a sideshow to the events on the pitch, you could argue that it is now the most box office aspect of football.

As interest in transfer dealings have risen significantly, so have player prices. Records are smashed on an annual basis, meaning it is no surprise that some clubs have spent vast sums of money in this decade.

When we look at the biggest spenders since the start of the 09/10 season, up until this point at the end of the decade, many of the clubs you would suspect are present.

It is not only about the money being spent on players, but also net spend. You can spend a lot of money, but that may not improve your team all that much if you are having to replace an equally talented (and expensive) player who has left.

According to Transfermarkt, Manchester City are unsurprisingly in a league of their own when it comes to spending money. They have a net spend of just under £1.2billion.

They are the only club to break the ten figure barrier, with PSG in second place on just over £850m. Manchester United (who have somehow managed to get much worse despite their spending), Barcelona, and Real Madrid round out the top five.

Chelsea sit in seventh place, with Arsenal and Liverpool in 10th and 12th place respectively. Interestingly, Wolves come in at 13th despite only having deep pockets for the past three or four seasons. 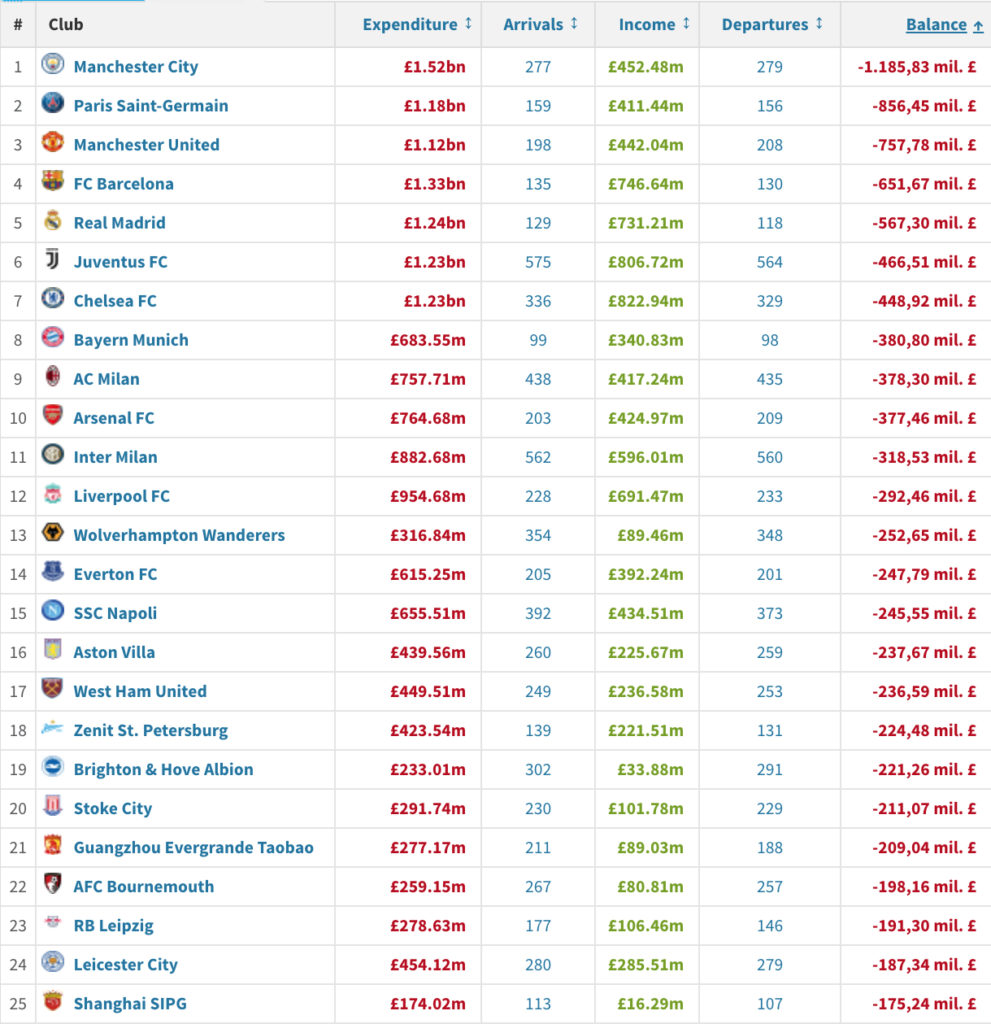 It is perhaps unsurprising that English clubs dominate this particular list. The vast amounts of cash they pocket through TV deals means they are not required to supplement their purchases with player sales to the extent teams in other countries would be forced to.

That would certainly explain the high net spend.

Not all clubs share this mantra. Some do the opposite, earning most of their income from player sales. Remarkably, Benfica have made a profit of over £600m during this same period. Porto are next in line with profits of over £300m, followed by Ajax in third.

SEE ALSO: One Manchester United Signing Was So Bad That The Club Actually Got A Refund