Handshake Snubs And Suarez Returning: Liverpool v Atlético Is A Must Watch

Wednesday night will see the feistiest of European battles take place at Anfield, as Atlético Madrid travel to Liverpool for a Group B Champions League clash.

You only have to go back to the night of October 19th, a mere two weeks ago, to understand that this matchup has taken on a whole new narrative.

As far as Champions League hopes are concerned; Atlético are in dire need of a win to separate themselves from Porto. Both teams sit on four points in the group.

Liverpool, on the other hand, have enjoyed a very positive start to their Champions League campaign. Eleven goals over three games and they're top by a wide margin.

The Battle Of The Virus

It has now been 600 days since Liverpool last lost a game in front of a crowd of supporters.

The Reds’ last defeat in front of fans was the 3-2 home loss to Atletico Madrid in March 2020. pic.twitter.com/U5tTsG8yPe

Last year's European endeavours were stifled by the spread of Covid-19, with the Liverpool vs Atlético Madrid match on March 18th being one of the last in a full stadium.

It was a night that felt uneasy for Liverpool for many reasons. Thousands of Spanish fans entering the country in support, despite calls for lockdowns and curtailments.

From a footballing perspective - the game went into extra-time before Atlético managed to end Liverpool's hopes of back-to-back Champions Leagues.

Manager Jurgen Klopp was asked about that night in the build-up to this week's clash. "18 months since then, the world turned upside down. Not sure we could have imagined that."

"We all had a sense something was happening to society but not that extent. Crazy. One game I never thought it as a football game. A strange moment."

Diego Simeone: "I don't like the handshake greetings after the match as they are the emotions of two different sides in different emotional minds.

I know in the UK it is a custom and all about chivalry, but I don't share it and I don't like the falseness. So I behave as I feel." pic.twitter.com/aa399yWUfL

What gives a match like this an extra little kick is the fact the two managers are fiercely competitive. That was evident in their meeting last month.

After the match, Diego Simeone refused to shake Jurgen Klopp's hand in a cold gesture. It left Klopp bamboozled in the aftermath but he has come to terms since.

Klopp spoke in a press conference on that incident and played down any rumours of bad intent. ""We were both emotional but now I know he doesn't like to do it, so no problem."

"Then we can all go home happy but between the handshakes, it's an important game, which I am more concerned about," the Reds boss said.

Simeone could have rivalled a mariachi band in his energetic performance on the touchline in the last game. But many believed he had much reason to be animated.

What a game it was between Atletico Madrid and Liverpool. #UCL pic.twitter.com/OE4PapU3c8

The sending off of Antoine Griezmann changed the trajectory of a very open match last month. A high boot was deemed to be dangerous play early in the second-half.

The Atlético players, Simeone included, were up in arms over the incident and it set a fire under them for the rest of the ninety minutes.

With the game level at 2-2, a ten man Atlético managed to hang on until Diogo Jota won a penalty that was safely put away by the in-form Mohamed Salah.

Minutes later, Jota went from hero to zero in bringing down Gimenez in the box, and it looked like the Spanish side could salvage a point.

Unfortunately for them, VAR was there to save Liverpool's day as it was deemed the defender went to ground too easily. It was a tough call to make by any means.

The Return Of Half Of SAS

Was this Luis Suarez’s best Liverpool goal? He was a mad bastard but an absolute genius one. pic.twitter.com/gTOQgfSSIL

Luis Suarez returns to Anfield for only the second time in his playing career after life as a Red. The Uruguayan was deployed as a late substitute last month in Spain.

Suarez will be hoping to have more of an impact in this game, given his familiarity to the surroundings. The suspended Griezmann could allow for him to start.

Speaking on the return of Suarez, Liverpool captain Jordan Henderson hopes he receives a warm welcome for his years of service.

"We all know he's a top player for a long time. Produced so many good moments at LFC and I learned a lot from him," Henderson said.

"I'm quite close to him, world-class player, causes problems in and around the goal. We have to be on guard. Not only him but Luis a top striker."

"I think when Luis was here he was outstanding. The fans will appreciate what he did for this club. It would nice after the game for him to get a nice reception from the crowd." 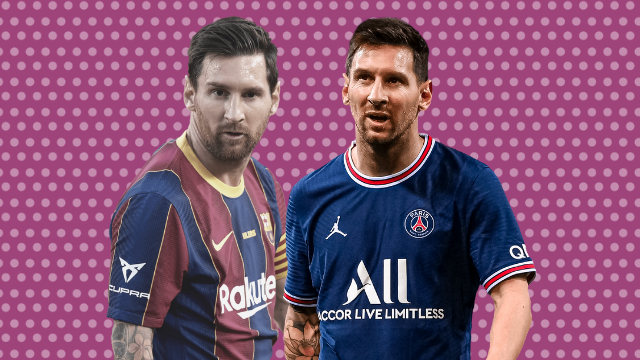