Liverpool and Chelsea played out another enthralling final, which at times felt like déjà vu, following on from their Carabou Cup final clash which was also decided on penalties.

The main difference between both finals was that in today’s case it was not Caoimhin Kelleher who was the unlikely hero but substitute Kostas Tsimikas, who scored the winning penalty, and Allison who saved Mason Mount's attempt that gave Tsimikas the chance to win it.

TSIMIKAS FOR ALL THE GLORY!!!!

Liverpool vs Chelsea - How It Happened

Both sides had chances in the first half with Jota and Lukaku going close, but the most talked about moment was the sight of Mo Salah going off with what looked like a worrying injury. In what could be a repeat of 2018, Salah’s Champions League final may once again be scuppered by injury.

The second half was as entertaining as the first, and it was Chelsea who came out stronger after being second best in the first.

Marcos Alonso fired a free-kick against the crossbar, after Christian Pulisic had missed a good chance.

However, as the game came towards the end of the 90 it was Liverpool who began to turn the screw. First Luis Diaz hit the post after an assist from Sadio Mane, before James Milner missed arguably the best chance of the match when he shot wide after a fantastic cross from Andy Robertson.

When extra-time rolled around you could sense the tension and tiredness from both sides, neither wanting to make a costly error, and both teams feeling the wear and tear from the first 90 minutes.

With the game goalless after 120, it was penalties once again.

A major talking point was the decision to leave on Edouard Mendy, who was controversially taken off in the Caraboa Cup final for Kepa Arrizabalaga. Arrizabalaga subsequently did not save a single penalty, and was the only Chelsea player to miss.

Sadio Mane had the chance to win it with Liverpool's fifth penalty after Chelsea captain César Azpilicueta hit the post with their second penalty. Mendy would prove his worth and came up clutch to deny Mane.

However, it would turn out to be in vain as Tsimikas sent him the wrong way after Allison had saved Mason Mount's attempt.

Epic scenes in Wembley ensued, as Liverpool's quest for the quadruple stays alive.

See Also: Quiz: Can You Name Every FA Cup Final Goalscorer Since 2000? 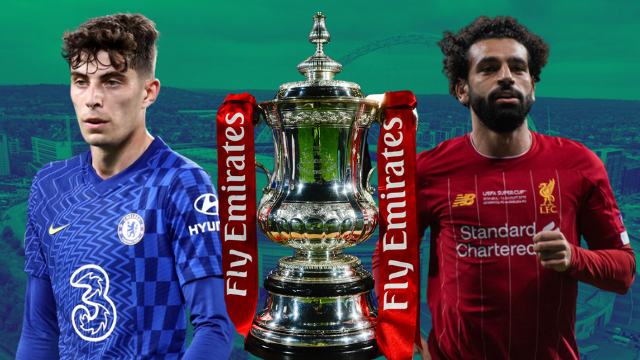 Football
5 days ago
By Gary Connaughton
Antonio Rudiger Said Chelsea Blew Chance To Re-Sign Him Before Sanctions
Football
1 week ago
By Luke Delaney
How To Watch The FA Cup Final: TV Info, Kickoff Time, Team News
Football
2 weeks ago
By Eoin Harrington
Referee Ovrebo Admits Chelsea Should Have Had A Penalty In 2009 Semi-Final
Previous Next