Reports have emerged from the Liverpool Echo that Liverpool are fighting the ban placed on Alisson, Fabinho and Roberto Firmino on playing this weekend.

The Brazilian FA have since triggered a FIFA clause that allows a five day ban on players playing for their club who fail to link up for national duty.

It's a contentious decision by FIFA, with Liverpool reportedly working behind the scenes to prevent the ban from being upheld.

The Brazil FA has requested FIFA to apply Article 5 that will see Fred, Raphinha, Ederson, Jesus and Firminho banned for 5 days (between September 10 - 14). This is after their clubs failed to release them on international duty.
Should FIFA ban these players?#TheGamePlan pic.twitter.com/X9LfNODNJK

If players based in the Premier League had been released, they would have had to quarantine in UK facilities for ten days after arriving back into the country.

As it stands, Alisson, Fabinho and Firminio will miss their Premier League trip to Elland Road on Sunday, but will be available for the Champions League opener against AC Milan on Wednesday.

According to the Liverpool Echo, the club have been working with the Premier League, other leagues, other clubs and national associations to counteract the ban imposed.

The ban will also affect a slew of other Premier League players, including a potential Liverpool opponent on Sunday in Raphinha of Leeds United.

The Brazilian players banned by FIFA for this weekend's Premier League action:

No idea how it's happened but Man United have somehow benefitted from this punishment...

State authorities took to the field of the Brazil vs Argentina World Cup qualifier on Sunday to enforce Brazilian quarantine regulations.

Tottenham's Giovani Lo Celso and Christian Romero, as well as Emiliano Martinez and Emiliano Buendia of Aston Villa were reprimanded.

The Brazilian authorities then requested for the four players to be deported, as they failed to isolate for fourteen days as is mandatory for those coming from the UK.

In the UK, the government's red list has prevented players from travelling to countries to play for their national sides, including Mohamed Salah last week for Egypt. 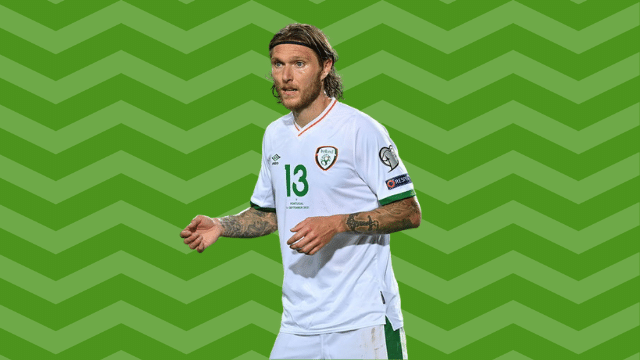 Football
2 months ago
By Jonathan Byrne
Glentoran's Aaron McCarey Given Extended Ban For Teammate Incident
Popular on Balls
Basketball
11 hours ago
By Eoin Harrington
Kieran Donaghy And Tralee Warriors Claim National Basketball Cup Title In Tallaght
Rugby
15 hours ago
By Colman Stanley
Jimmy O'Brien Announced His Arrival On The Biggest Stage This Afternoon
The Rewind
19 hours ago
By Gary Connaughton
Quiz: From Which Irish County Did This Company/Product Originate?
Football
22 hours ago
By Gary Connaughton
Carragher Reveals Unhappy Instagram Message From Lionel Messi After MNF Comments